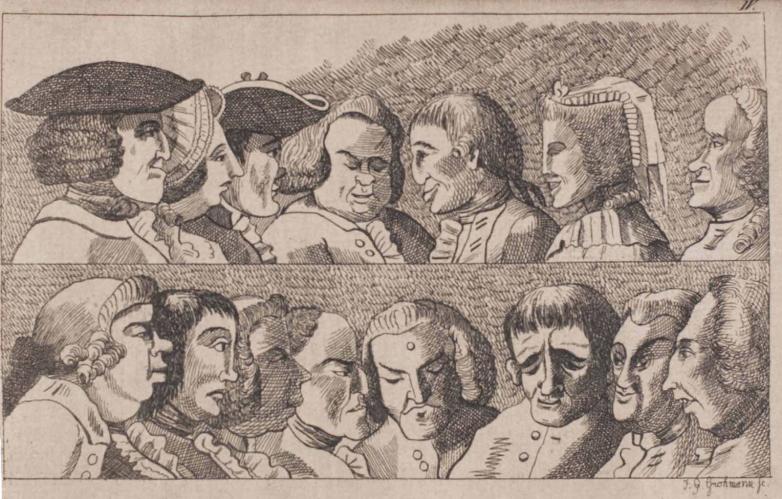 * Rare first French edition of a detailed and thoroughly illustrated practical handbook of the art of caricature by the English antiquarian, lexicographer and army captain Francis Grose (1731?–1791), first published in English.

* Rare first edition of Jan II van Ghelen’s Dutch translation of Sebastian Brant’s famous Ship of Fools, a telling satire on the foolishness of men. The book really is a picture book, each act of folly depicted in a large woodcut in which the fool with cap and bells plays the main role, the text explaining the woodcut and its moral.

* Very rare first(?) edition of a curious satirical work relating the life of Mr. Scharxl, written for the entertainment of the visitors to the hot mineral springs in “Cucurbita”, a fictitious health resort. The title-page notes that the book is full of useful conversations and sayings to enliven life in such dreary places. The satirical frontispiece shows a conversation between a man and a woman (with their words on banderoles) with reversed sex roles, the woman in a church pulpit and the man below with a distaff. Even when, or perhaps especially when, the conversations of the visitors are written with satirical intent, they give insights into both the medical and social aspects of such a cure, as well as insights into the daily life of the classes that took such cures in the 1690s, with much talk of food, drink, love and perhaps snuff. Politics comes up as well, notably the Great Turkish War (1683–1699) against the Ottoman Empire. Visitors mention libraries and relate what they have read, with frequent quotations from classical literature (in Latin with a German translation) and scripture, but also information from news reports and travelogues. 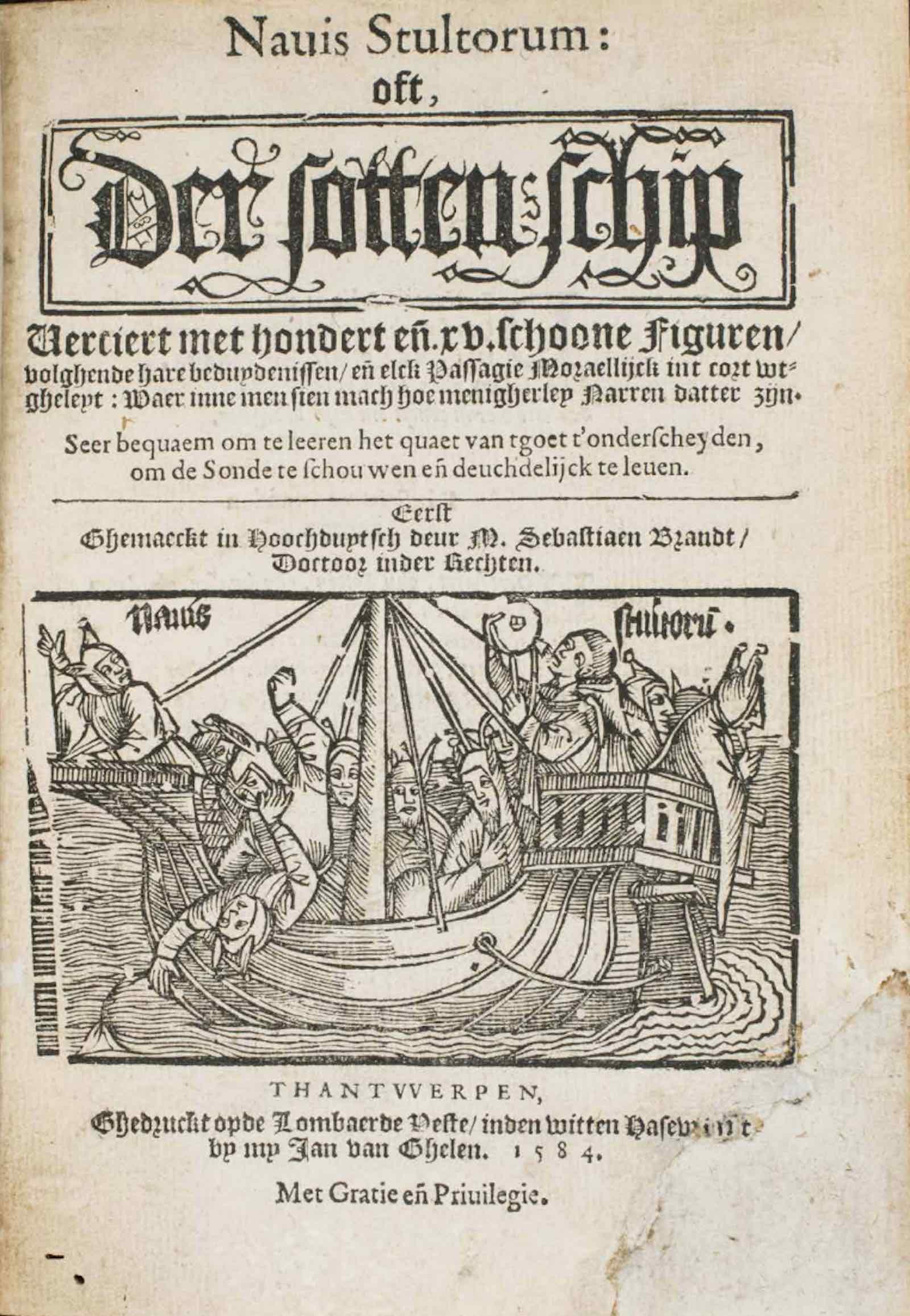 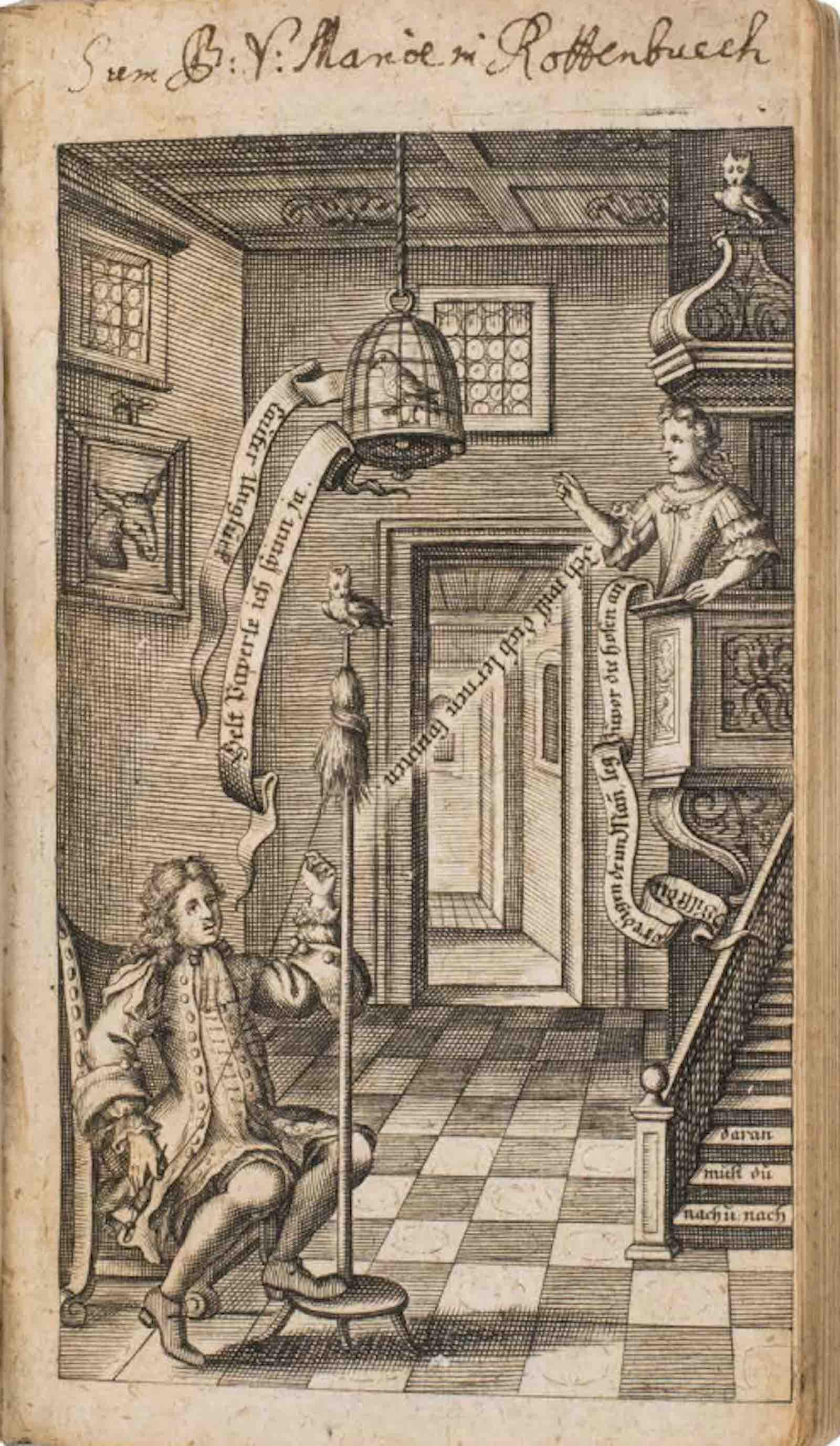 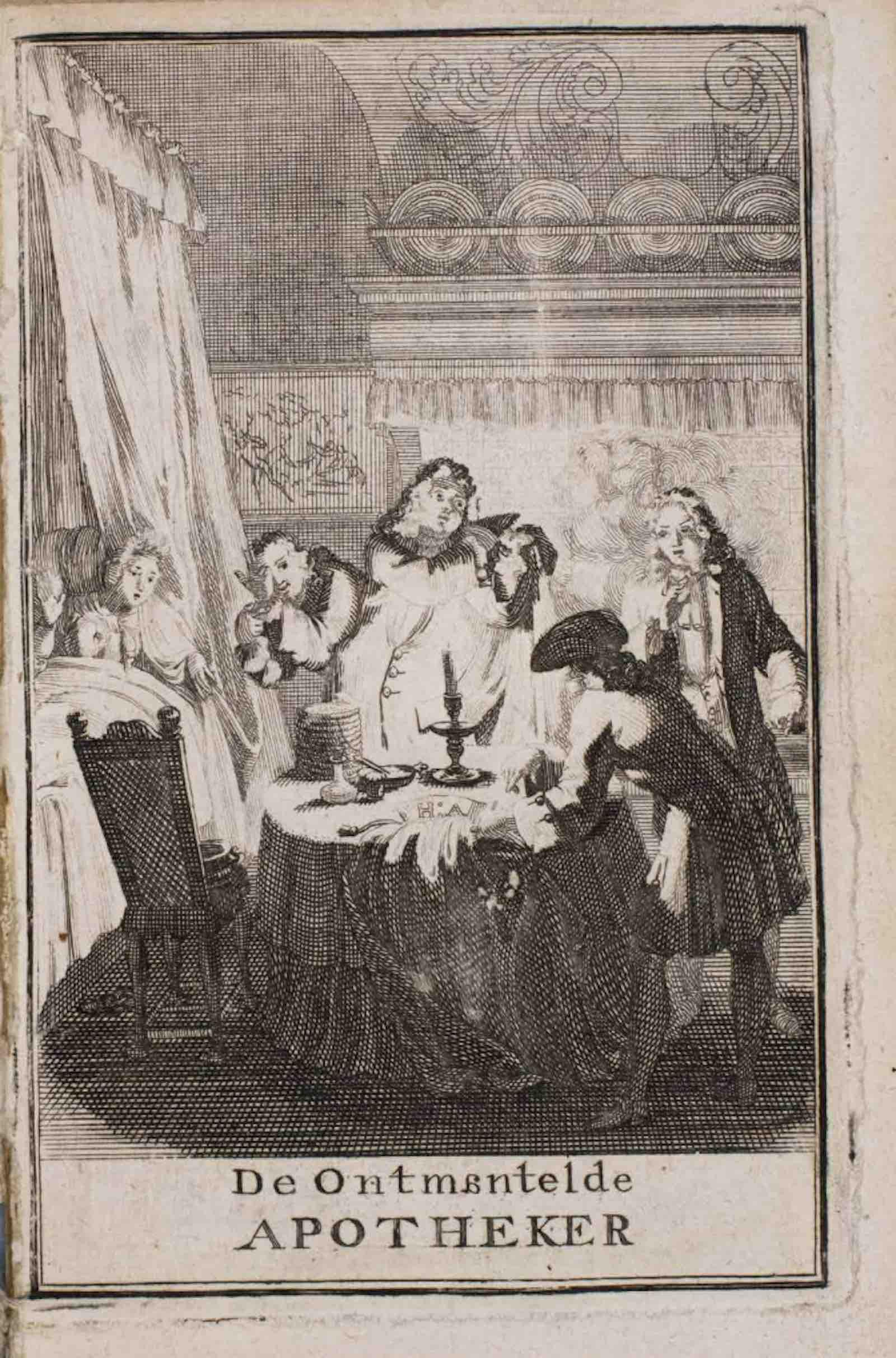 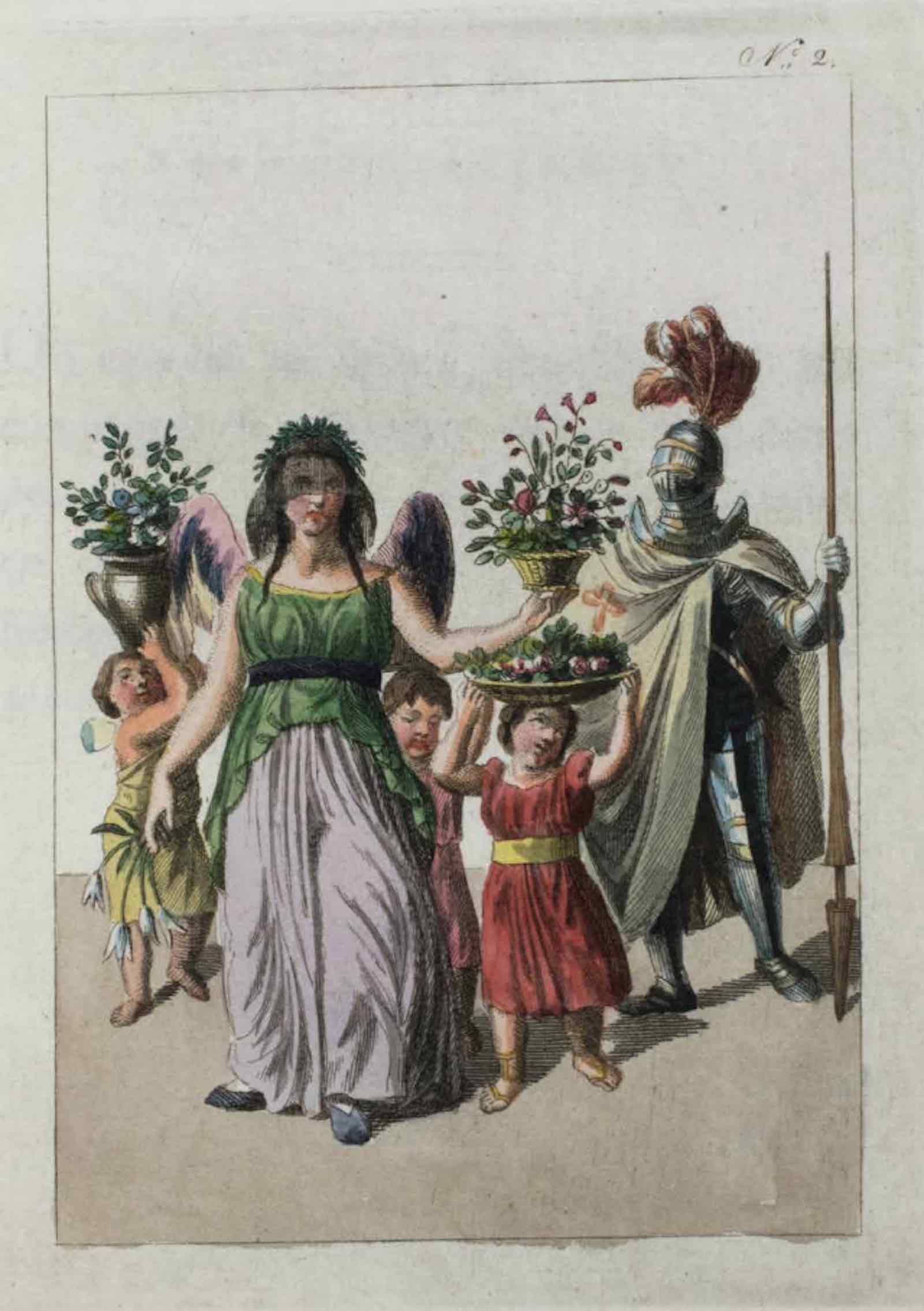 * De ontmantelde apotheke. One of the issues printed by the heirs of Lucas Kloppenburg in Gouda in the years 1713–1716. The author, Hendrik van de Gaete (1682–1719) is an Amsterdam bookseller, poet and playwright who published several comedies, sometimes of doubtful qualities.

* Very rare, first and only published part of a series of hand-coloured carnival costume plates, each of the 12 with a letterpress description in German and French. Only plates 9 and 10 bear the name of the German draughtsman and engraver Friedrich Wilhelm Nettling, best known for his portrait of Bach, but all may have been engraved by him. The mostly comical or farcical plates illustrate a fairy with her entourage, a Chinese man, Don Quixote and sancho Panza, a group of beast people and many other extraordinary figures. Two figures in one plate wear funnels as hats, like the Tin Man in The Wizard of Oz.