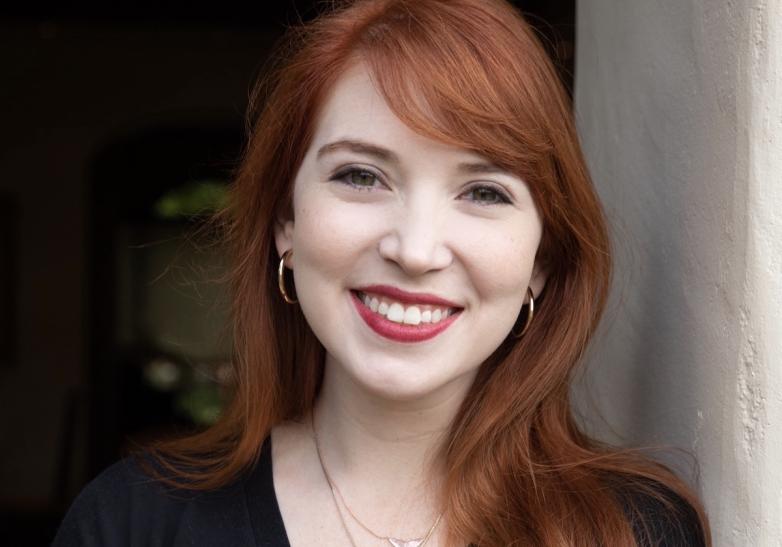 Our Bright Young Collectors series continues today with Stacy Shirk, an honorable mention in the Honey & Wax Book Collecting Prize for women 30 and under.

I was born and raised in Los Angeles, spent most of my twenties in New York, and have been back in LA for the last few years.

I have a BFA in drama and English literature and an MA in literature with a concentration on folklore in popular culture, both from NYU. Now I work as a book and research consultant for HBO.

I collect fairy tales. I have fairy tale anthologies, adaptations of tales, ephemera, fine art, and scholarship on the genre, and my collection spans from the eighteenth century to the present. I tend to collect anything I see that relates to fairy tales, including things like a makeup palette inspired by Sleeping Beauty or a matchbox with fairy tale art on the sides. I see their influence everywhere now so it makes collecting sort of a constant adventure. I also have mini collections of Arthuriana and Harry Potter that will likely expand one day, but my main focus is fairy tales.

I have about 150 items as of now including books, ephemera, and art.

Well some of my books I've had since childhood, and I even have a few that were my mother's when she was a kid. But I purchased four books around the same time when I decided to be deliberate about my collecting. I bought a first edition of Angela Carter's The Bloody Chamber (1979), the Grimm collection Hansel and Gretel and Other Stories (1925) illustrated by Kay Nielsen and beautifully bound by Weitz of New York, Edmund Dulac's Sinbad the Sailor and Other Stories from the Arabian Nights (1914), and Fairy Tales and Feminism: New Approaches (2004) by Donald Haase. I wanted my collection to be global, cover different time periods, and have a focus on scholarship, and you could say I started off with a bang!

I recently bought Histoires du temps passé, ou, les contes de ma Mere l'Oye: avec des moralités (The Histories of passed times, or, the tales of Mother Goose: with morals), a bilingual edition of Charles Perrault's tales published in 1785. It's the earliest edition of Perrault I have and I was very excited to find it. I only collect books written in English (at least for now, while I'm still learning to read other languages), so it felt like a small miracle to find such an early edition, in English, of Perrault's stories (and one that I could afford).

This is such a tough question! I don't have a single favorite, but one that is particularly unique is The Veiled Fairy, an apparently unpublished fairy tale book handmade by a mother for her daughter, likely in Scotland, as WWI ravaged Europe. It is handwritten and illustrated, with a hand-sewn binding. The first page says "To Eileen, Christmas 1917, from Mother," and everything is so beautifully done throughout. In the story, children who are afraid to go to school are comforted by the titular Veiled Fairy, who takes them to Fairyland and brings them back home again ready for grammar classes. Included in the illustrations are drawings of the home where the children live, and of course the Veiled Fairy herself, and I wonder if the house was drawn after the home where this mother and daughter actually lived, and if the Veiled Fairy was made in the image of the mother. I can picture her lovingly making this beautiful gift for her daughter Eileen to prepare her as she moved out into the world. Reading the book, I feel connected to them and so moved that I now get to care for this remarkable object.

Some of the books in my collection I got for free because I used to work in publishing. But I think the best bargain I've found is a first edition copy of Maria Tatar's Off With Their Heads! Fairy Tales and the Culture of Childhood (1992), inscribed to the cultural and literary historian Sander Gilman and his wife Marina. Maria Tatar is one of the foremost scholars of fairy tales, and laid in the book is a handwritten letter on Tatar's Harvard University stationery in which she tells Gilman she recently read his article "Nietzsche Murder Case" and that it was helpful in her own research. I got the book for $30 and just love it.

Oh I'm still sad about this one! There was a gorgeously bound Beauty and the Beast (1875) illustrated by Eleanor Vere Boyle. Beauty and the Beast is one of my favorite fairy tales and for some reason I don't have a lot of it in my collection. I also love Eleanor Vere Boyle's work. Sadly someone snatched up this stunning copy before I had the chance. I'm on the hunt for another one though!

I don't really have a "Holy Grail" book--there are many I would like to have, some of which are scarce and some of which are outside my current budget. Part of what I love about collecting books is the sense of discovery. I'm constantly learning about new possibilities for my collection. I could never have known about The Veiled Fairy before I found it. I think I'll know the Holy Grail when I see it, or maybe there will always be many that could be considered "The One."

Similar to the question about my favorite book, this one seems frankly unfair. I'm going to name a bunch because I can't help myself. I've had a lot of help from Roddy Newlands at Shapero in the UK and he's always wonderful. Also in the UK, I love Peter Harrington, The Second Shelf, and Jonkers, all of which always have fabulous fairy tales in stock. In New York, I love Honey & Wax of course, and I used to spend hours lost in the stacks of the Strand and several late nights roaming around Forbidden Planet. As one of three sisters, I find Argosy to be aspirational. In LA, I love David Brass Rare Books, Book Soup, and Chevalier's. Jen Johnson and Rebecca Romney have both been really supportive of me and my collection. I also found incredible books from Nudelman Rare Books, Raptis Rare Books, Thorn Books, and Swan's Fine Books. Can you tell I love this community? There are so many incredible booksellers and shops -- I would be lost without them.

Probably ballet and theater memorabilia. I danced for years and have always been a musical theater nut. But truthfully, books have always been my true passion and I wouldn't want to collect anything else!