New York — Furthermore grants in publishing, a program of the J. M. Kaplan Fund, is pleased to announce the 2020 Alice Award Short List: 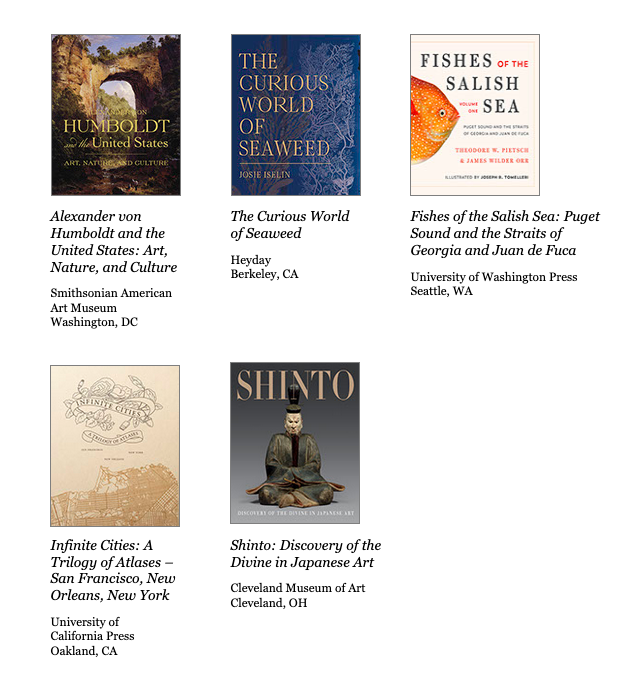 The books shortlisted for the 2020 Alice Award.

Fishes of the Salish Sea: Puget Sound and the Straits of Georgia and Juan de Fuca / University of Washington Press, Seattle, Washington

The annual $25,000 Alice award, inaugurated in 2013 and administered by Furthermore grants in publishing, is given to a book that represents excellence in all aspects of the work, from idea to design to quality of production.  Books short listed for the Alice award are each given $5,000.

The recipient of the Alice award will be announced on Monday, November 9 on the Furthermore website (www.furthermore.org).

The public is invited to join us for the virtual Alice award event program being streamed through the Strand Book Store on Monday, November 16.

Furthermore received over 120 submissions for the 2020 Alice, including books that have received funding from Furthermore and are automatically considered for the Award. The books receiving awards meet the criteria of the Alice as being “well-made illustrated books, that afford a special sense of intimacy.” Since the Alice was founded over $255,000 has been distributed to institutions in support of illustrated publications.