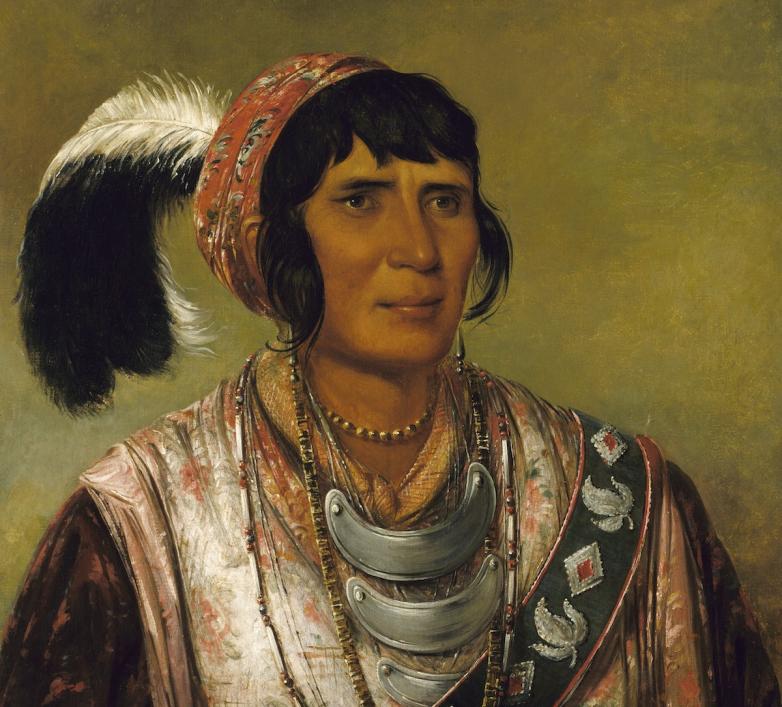 For Fine Books & Collections subscribers, the painting above will look familiar. George Catlin’s 1838 depiction of the Seminole leader Osceola appears on the cover of our winter 2021 issue, which lands in mailboxes this week. One of our feature stories recounts how and why a lock of Osceola’s hair and a related manuscript were pulled from auction earlier this year after issues regarding its sale were raised by Native Americans.

Just as the magazine was going to press, we were interested to note another repatriation story in the news wherein Florida’s Seminole Tribe was able, after a protracted battle, to compel a policy change at the Smithsonian National Museum of Natural History (NMNH). In an effort to reclaim their ancestors’ remains, the Tribe pressed for an update that will allow native groups to reclaim human remains and funerary objects based on their own oral tradition and tribal knowledge even if the NMNH archaeologists had previously, and imprecisely, labeled them as culturally unaffiliated. According to the Seminole Tribe of Florida, this includes approximately 1,496 Seminole ancestors exhumed in Florida, as well as sacred objects, such as potsherds, arrowheads, bone tools, and wooden effigies.

“The NMNH holds vast collections of human remains that have been refused repatriation for nearly 30 years,” Domonique deBeaubien, collections manager and chair of the repatriation committee, commented in a press statement. “Until now, there has been no legal mechanism to return those ancestors to their homelands. That transition can now begin.”

Tina Osceola, member of the Seminole Tribe of Florida, Associate Justice for the Tribal Court, and member of the repatriation committee, said, “The revised policy has been a long time coming and generations overdue. As our Tribe continues to seek the return of our stolen ancestors, we will continue to work on behalf of Indian Country to pass better laws that can help to return more ancestors, funerary, and sacred objects. I hope that the nation and world will shift their beliefs that our culture and people are only valuable when owned, displayed or studied.”