An iconic collection of polar exploration texts and artifacts is coming to market. 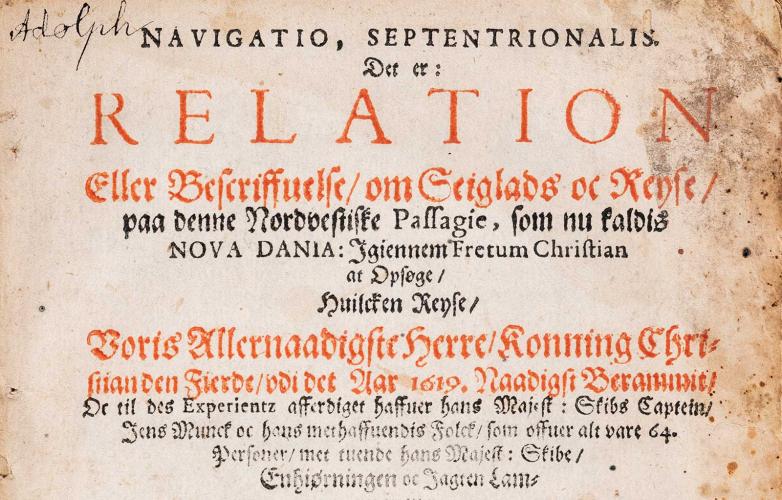 An upcoming auction includes an early edition of Navigatio Septentrionalis, by Jens Munk ($45,000-68,000). 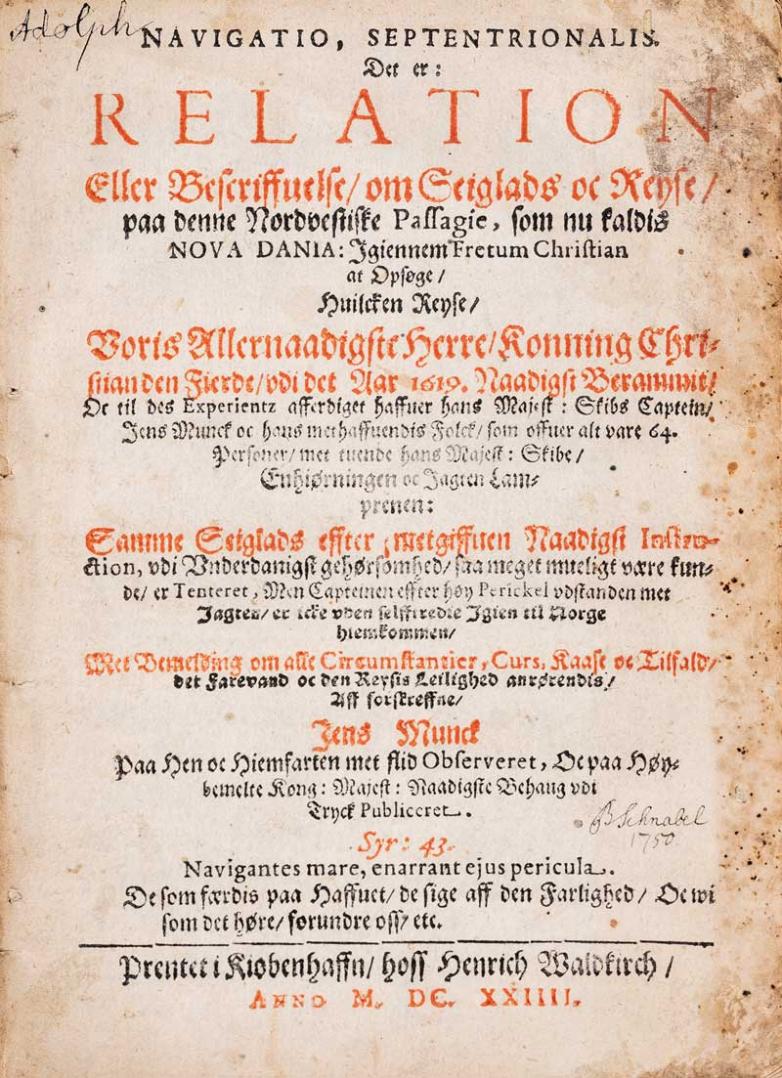 Otto Norland fell in love with reading about polar exploration at the age of eight, after his grandmother gifted him a copy of Farthest North by Fridtjof Nansen. Over 80 years later, Sagen & Delås, an auction house based in Oslo, will be auctioning off the Otto Norland Polar Library, widely regarded as one of Norway’s most complete collections of books regarding polar exploration.

Up for auction are books, autographed letters, manuscripts, and more from famed explorers such as Nansen, Roald Amundsen, Robert Falcon Scott, Ernest Shackleton, and many others.

“This is a collection we’ve been hearing about for quite some time,” said Frederik Delås, a fine books expert who owns Sagen & Delås alongside business partner Pål Sagen. “What really impresses about Mr. Norland’s library is both the depth of the collection, but also how obvious it was that he’s so deeply interested in the topic of polar exploration that it wasn’t just about finding things that would be valuable. So while there are plenty of high-cost, rare objects, he had a very wide approach to collecting polar books and texts. That means there’s something for everyone in this sale.”

One of the higher-dollar items up for auction—expected to fetch between $12,000 and $17,000 USD—is a three-volume set of books related to Shackleton. The first is Heart of the Antarctic, written by Shackleton himself, a sought-after limited edition of Antarctic literature, published by Heinemann in 1909. The lot also includes a bookplate belonging to Sir Philip Lee Brocklehurst, member of Shackleton’s Nimrod Expedition, with several folding maps, as well as photographic illustrations, sketch maps, and more, inscribed by Sir Philip himself. Finally, the lot is completed by a third volume, The Antarctic Book. Winters Quarters, 1907-1909, a supplement that is signed by all 16 members of the Nimrod Expedition. The set of three is one of just 300 that were ever in existence. 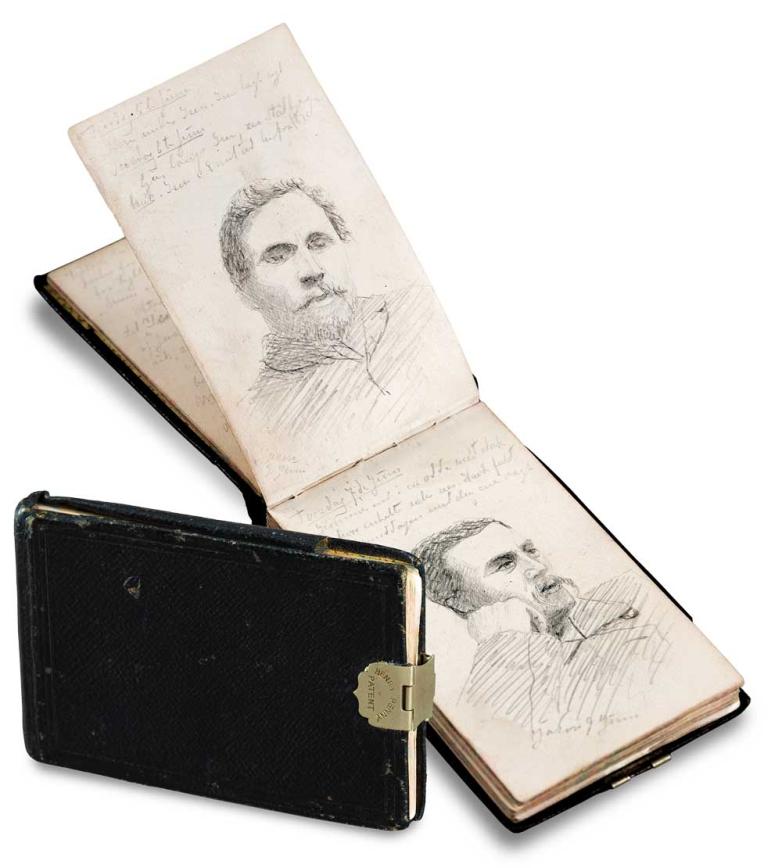 Collectors may take interest in the diary of Fridtjof Nansen, which includes sketches in his own hand depicting a trek across Greenland in 1888 ($35,000-55,000).

“This is a very, very deluxe set from the biggest name in Antarctic exploration,” Delås said. “This set is pristine, in perfect condition. This is genuine, South Polar history all the way.”

A second item of note up for auction will be an expedition diary belonging to Nansen, detailing his ventures across Greenland in the summer of 1888. Written in his own hand, the diary is expected to sell for between $35,000 and $55,000. It includes diary notes, sketch drawings, and observations.

“This expedition became very important in many ways—Nansen gained extensive experience in Arctic conditions, not least spending the winter among Inuit people,” Delås said. “This expedition also gave him confidence that he took with him in later explorations.”

A third item destined to draw interest from all types of collectors is a copy of Navigatio Septentrionalis, written by early polar explorer Jens Munk and published in 1623. The book details Munk’s exploration of the Northwest Passage. This rare book is expected to sell for somewhere between $45,000 and $68,000.

“This is a very rare opportunity to get ahold of really early print regarding finding the Northwest Passage,” Delas says. “I would think that both institutions and collectors will be bidding for this. It’s not something that comes on the market very often.”

The sale will take place on April 2, 2022. More information is available at sd-auctions.com.