On the heels of a record-setting year, the house plans for an impressive year. 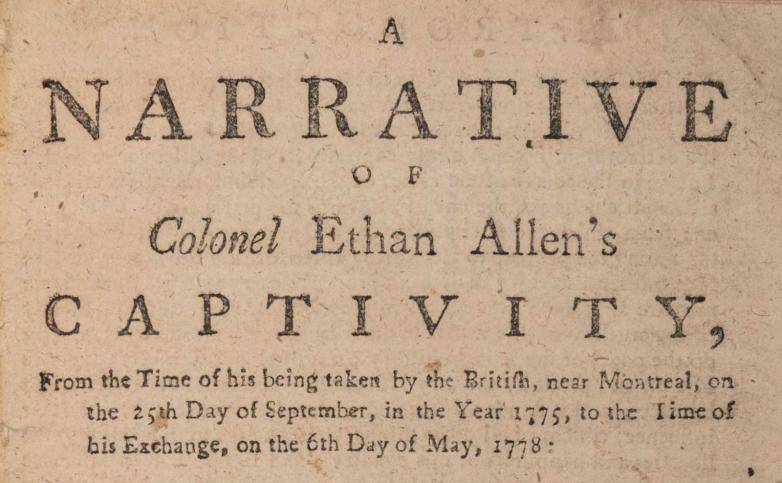 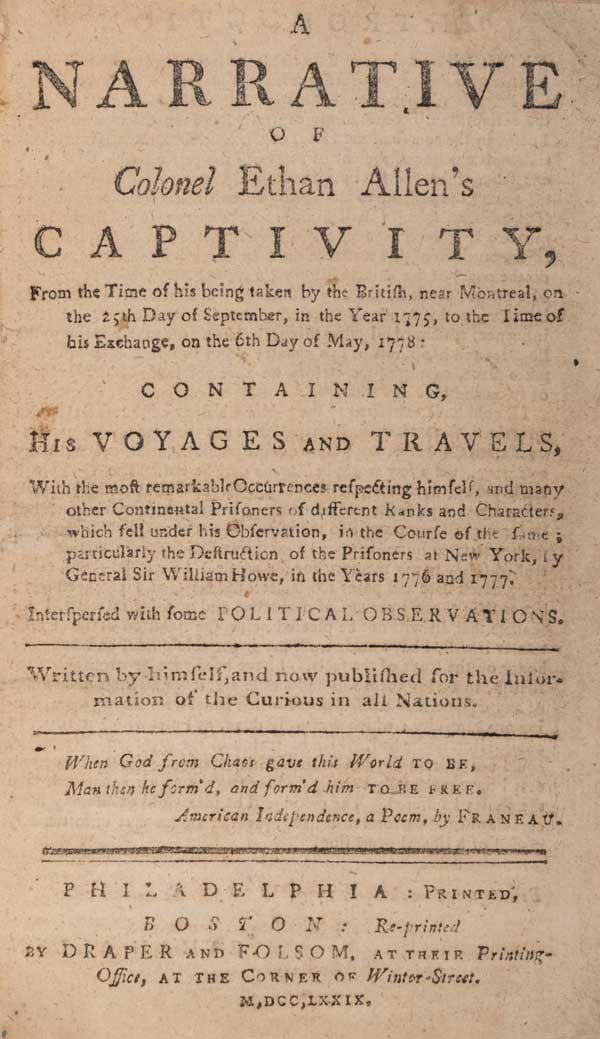 After a record-breaking year in 2021, Potter & Potter Auctions will maintain its momentum in 2022 with four major sales already planned for the Fine Books and Manuscripts department.

“Last year was an impressive year for our book department,” said Chris Brink, director of Fine Books and Manuscripts at Potter Auctions. “We shattered many auction records and had a combined 95 percent sell–through rate on the 1,221 lots offered. Now, we have ambitious goals for 2022.”

The first major sale begins on Feb. 26 and will feature a wide array of items, including a substantial number of Americana lots. Among these is one of the rarest and most important Revolutionary War narratives: Ethan Allen’s account of his captivity in British prisons printed in 1779 ($40,000–60,000).

“Allen, leader of the Green Mountain Boys who led a surprise attack on Fort Ticonderoga, took control of Lake Champlain, and gained admittance of the Green Mountain Regiment to the Continental Army,” Brink said. “After a daring effort to capture Montreal, Allen was taken prisoner by the British and over the next two years he suffered a brutal captivity in British prisons, aboard ships, and in the New York City jail.”

This narrative, which recounts Allen’s treatment and asks Americans to forsake thoughts of compromise with the British, was well-received among colonists and sold through eight editions in two years. It ranks second among bestselling books of the Revolutionary period after Thomas Paine’s Common Sense.

“This is the extraordinarily rare second edition that is found in only 10 institutions,” Brink said. “It was also the first copy to appear in the rooms in 1909 at the Clarence H. Clark sale, which held the title as being the last and only copy offered at auction in over a century until the Ira A. Lipman sale in 2021.”

In addition to the Americana lots, the February sale will also contain a selection of travel and exploration titles, important 19th century literature, and an array of fine and small press works.

Then, just two months later in April, Potter will host its Fine Literature and Modern First Editions Sale, which will include numerous presentation copies inscribed by some of the most important authors of the 20th century.

One of the most prominent is a first-edition copy of F. Scott Fitzgerald’s The Great Gatsby inscribed to Margaret Turnbull who, with her husband Bayard, owned La Paix, a 28–acre estate  the Fitzgeralds rented in 1932 and 1933.

“This was a very important home for the Fitzgeralds, who rented it because of its close proximity to the psychiatric clinic where Zelda was being treated,” Brink said. “This is also where Fitzgerald finished his work on his second masterpiece, Tender is the Night.”

These sales will take place both in-person and via live steam, and prospective buyers can stop by Potter & Potter Auctions in Chicago for previews of the sales. Later in the year, the Fine Books and Manuscripts department also hosts an online-only sale, as well as another major sale in early fall.

“We are very excited with the amount of rare and important material that we continue to offer,” Brink said. “It is a testament to the incredible work that our team puts in, day in and day out, and the great trust that our consignors bestow upon us with their collections. Potter & Potter continues to put forward one of the best products on the market that any auction house book department has to offer.”