This fall, Heritage Auctions’ Rare Books department will hold an online auction featuring genre-defining works from the Gary Munson Collection. The October 14 auction will feature highlights from Munson’s impressive collection of horror and fantasy, which boasts a broad range of items from the sixteenth to twentieth centuries.

“Mr. Munson, who passed away recently, was a long-time and extremely dedicated collector of genre fiction, with a special emphasis on stories in the fields of supernatural, apparitions, horror, fantasy, ghosts and also had large holdings of mystery and detective, science fiction, and action-adventure,” said James Gannon, director of rare books at Heritage Auctions. 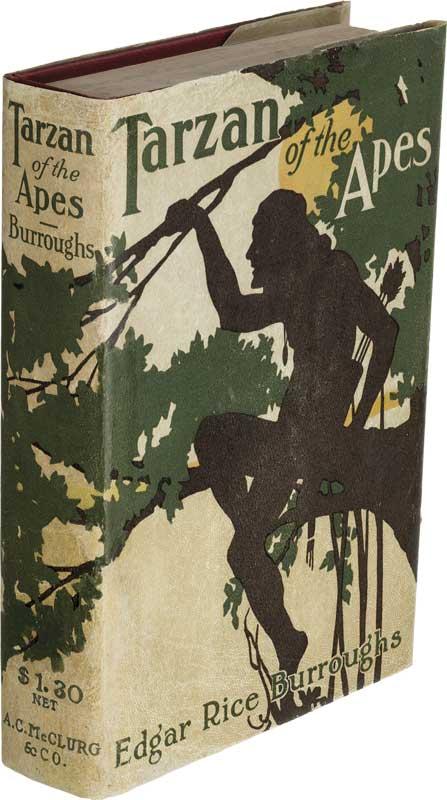 One highlight is an 1818 triple-decker first edition of the Gothic classic, Frankenstein by Mary Shelley, as well as a first edition and the first pirated edition of John William Polidori’s The Vampyre, both copies published in 1819.

The sale will also feature the first appearance of Edgar Rice Burroughs’ Tarzan of the Apes in The All-Story Magazine in October 1912 and a first edition in a dust jacket published in 1914. Meanwhile, a first edition of J.R.R. Tolkien’s The Lord of the Rings trilogy from 1954-1955 will also be offered.

Other notable items include an inscribed and signed copy of H.G. Wells’ The Time Machine (1895) and Franz Kafka’s Die Verwandlung (1916). The sale will also feature many editions of Thea von Harbou’s Metropolis, including some signed by Harbou and at least one signed by her husband, director and filmmaker Fritz Lang.

The auction will take place at 11 a.m. Central on October 14, with approximately two weeks of Internet bidding prior to the live event. The auction will be conducted entirely online on Heritage’s industry-leading “HeritageLive!®” platform.

Parts of Munson’s collection will also be offered in Heritage’s illustration art sale on October 4.

More of Munson’s collection will also be offered in the Heritage Rare Book department‘s December signature auction, numerous sales in 2022, and in the comics department’s weekly Internet auctions.

“Offerings from Mr. Munson’s collection will appeal to a broad range of genre and literature collectors looking to add premium pieces to their collection,” Gannon said. “The iconic nature of many titles will be coveted by high-spot collectors looking for pride of place pieces.”