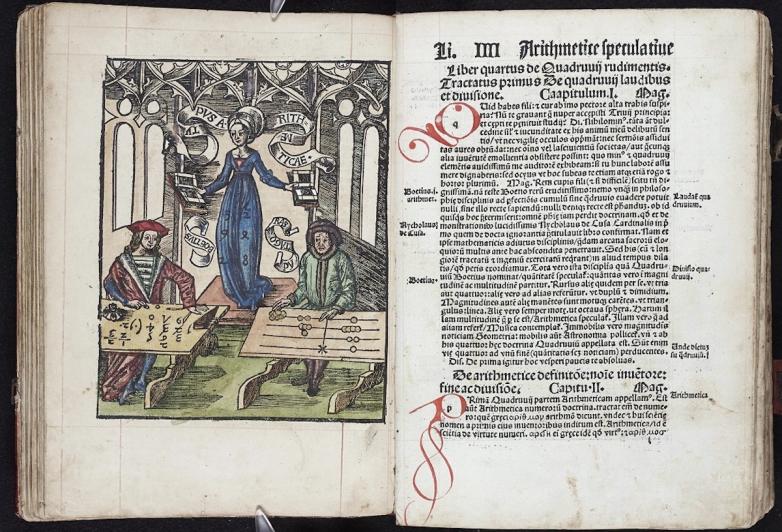 London — Senate House Library, University of London, has digitized over 80,000 pages from over 300 rare Renaissance texts dated 1474-1600 and they are now available to view online (free to all registered university library users across the UK). This is just one of nine parts of the full Augustus De Morgan special collection of almost 3,800 books charting the development of mathematics, astronomy and philosophy from the 15th-19th century, featuring works by Euclid, Copernicus, Descartes and Newton.

Augustus De Morgan Special Collection - Part One is available to view online through Brill, one of Senate House Library’s commercial publishing partners. Part one of the collection comprises 316 texts with all titles dated pre-1600, including twenty-four Incunabula (pre-1500 printed texts). Senate House Library will continue to digitize the full Augustus De Morgan special collection over the next 3-4 years, to capture the remaining 3,500 texts dated 1600-1870.

Dr Maria Castrillo, Head of Special Collections and Engagement, Senate House Library, said: “It’s fantastic that we can now share the founding collection of Senate House Library with people across the globe, especially in times of restricted travel. The first part that has been digitized contains some beautifully illustrated extremely rare editions of the greatest works of the Renaissance, providing a unique blend of science and humanities that have advanced human knowledge over the last 500 years.”

Highlights from the digitized collection now online include the first two printed editions (1482 and 1491) of The Elements, attributed to Greek mathematician Euclid and considered instrumental in the development of logic and modern science. Other key highlights include several incunabula such as Paolo Veneto's Logica Parva, the earliest work in the collection published in 1474; works by Nicolaus Copernicus, and Gregor Reisch's beautifully illustrated Margarita Philosophica, a popular encyclopaedic work in the early 16th century.

The Collection assembled by British mathematician and historian Augustus De Morgan throughout his life, contains a wealth of titles, mainly in English, charting the development of Mathematics, Astronomy, Physics, Philosophy & Theology, and Literature. The scope of the collection and De Morgan's own annotations to some of the books, make this special collection particularly unique and distinctive.