Melville Collection of William S. Reese to be Sold at Christie’s 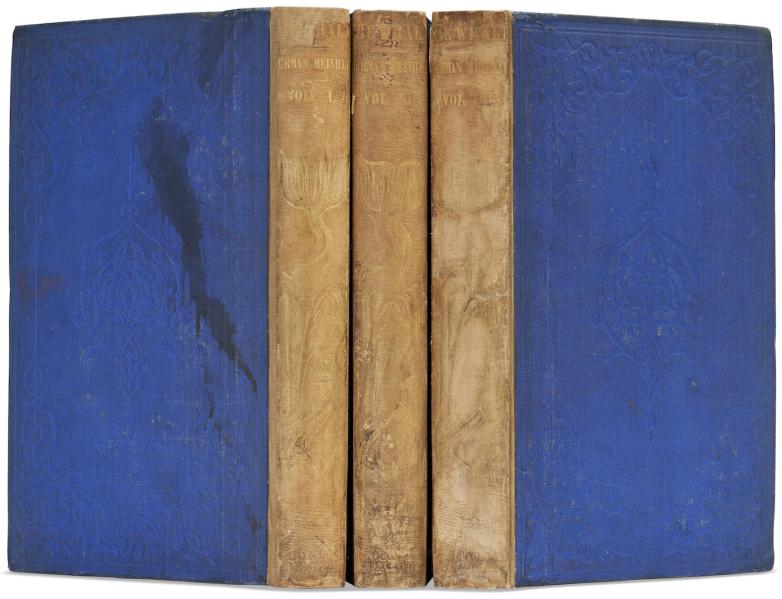 New York – Christie’s is honored to continue its historic sales of the library of the leading antiquarian book dealer of his generation with the most important private holding of books, manuscripts and other material related to perhaps the most important American author of the 19th century. The Herman Melville Collection Of William S. Reese, will take place online 1-14 September, with in-person viewing at Christie’s 20 Rockefeller Plaza in New York from 9-13 September.

Highlights include Dante’s Divine Comedy, heavily annotated by Melville with his ownership signature (estimate: $100,000-150,000); Melville’s first book, Typee, a presentation copy to the man who secured a post for Melville at the New York Customs Office, Henry A. Smythe (estimate: $120,000-180,000); the rare first publisher's binding of the first edition of Melville's masterpiece, Moby-Dick, under its British title, The Whale, (estimate: $60,000-90,000) – this is the first of three first editions of The Whale in this sale; Melville’s own copy of Obed Macy’s The History of Nantucket, a work frequently cited in Moby-Dick; one of the longest Melville letters extant (estimate: $40,000-60,0000) referring to a meeting with Nathaniel Hawthorne, travels in the British Isles and more; Nathaniel Hawthorne's copy of Melville’s Redburn (estimate: $25,000-35,000) in its first edition; and a presentation copy of Rockwell Kent’s illustrated Moby-Dick of 1930 (estimate: $15,000-25,000).

The late Bill Reese (1955-2018) was widely considered to be the foremost dealer-scholar of antiquarian books of his generation. The founder of the William Reese Company of New Haven, Connecticut, Reese was a seminal figure in antiquarian Americana—a man whose expertise and intellect left an indelible impact on his trade and the nation’s most important rare book collections.

Christina Geiger, Head of Department Books & Manuscripts, said: “This auction is a testament to Herman Melville and how his life and writing inspired one of the greatest American bookmen of the 20th century. When William Reese first began collecting Melville in the mid-1980s, Reese’s colleagues discouraged him—saying that the really interesting material had long since been found. In a 1993 essay, Reese replied to this sentiment by quoting a letter from Melville to his mentor, Nathaniel Hawthorne: ‘Leviathan is not the biggest fish;- I have heard of Krakens.’”