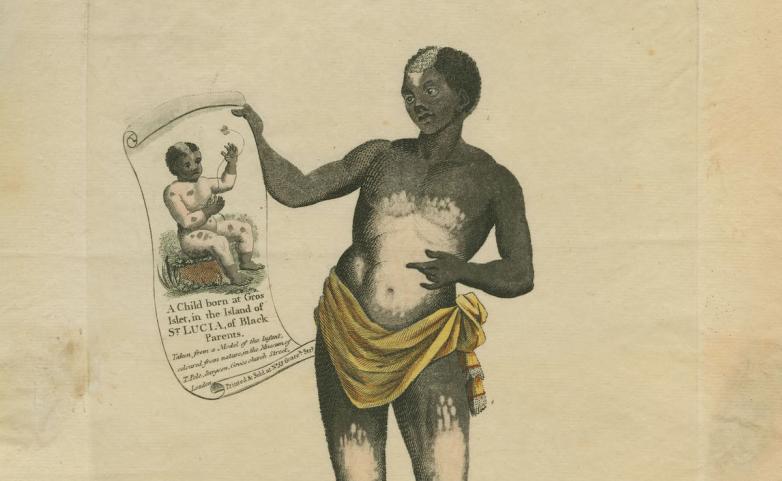 Courtesy of the Library Company of Philadelphia

A rare circa-1789 print of an enslaved teen with vitiligo who was objectified as a spectacle of curiosity.

Philadelphia — At a time when Americans are constantly bombarded with graphics, some with hidden meanings, our ability to interpret visuals has taken on new urgency. Imperfect History: Curating the Graphics Arts Collection at Benjamin Franklin’s Public Library is a new exhibit designed to help us read between the lines of popular graphics. Drawing from a collection of extraordinary breadth spanning 300 years, Imperfect History showcases hidden and rare items, the unseen stories of everyday people, and the prejudices and preconceptions of different time periods. It’s a visual time machine of the good, the bad and the ugly of American culture.

“The point is not to take things at face value,” said Michael Barsanti, the Edwin Wolf 2nd Director of the Library Company. “Inequalities and prejudices have existed in plain view for centuries. We just need to look for the clues in visual materials. Our hope is that this exhibition will help teach the public to understand racist, sexist and other biased imagery in popular culture today and throughout history, in an effort to mitigate bigotry.” 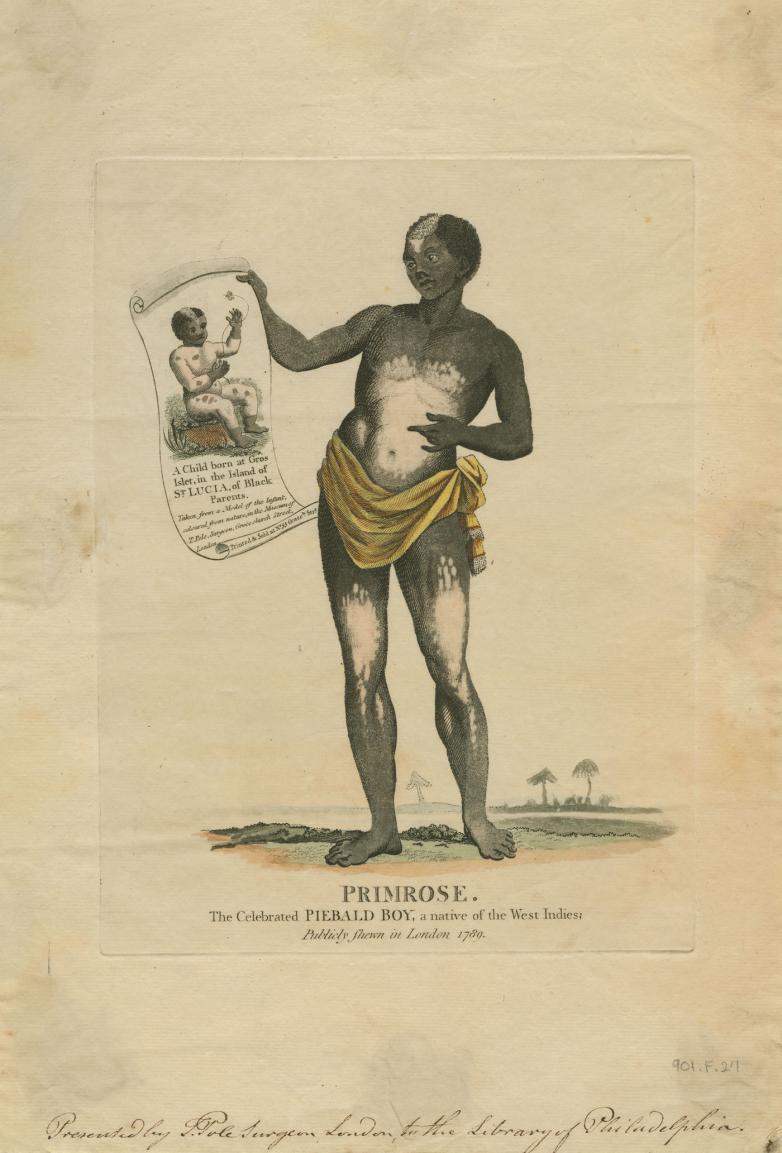 Courtesy of the Library Company of Philadelphia

Rare, unusual items
Items glorifying white men, stereotyping African Americans, satirizing feminism and representing economic disparities will be on display. So too will ‘imperfect’ works that would never see the light of day in a fine arts exhibit, but that offer important lessons in how people lived, what they cared about and what they really thought.

“We want to help patrons understand American history through graphic materials,” notes co-curator Erika Piola, Director of the Visual Culture Program. “These are images created and seen by everyday people. They were collected by the son of a Library Company librarian, hung on the walls of American homes, were saved in scrapbooks, and mailed to the dwellings of average citizens.”

Included in the exhibition are an ink blotter with female nudes on lettuce, a promotional item never seen before publicly. There are rare items such as a print of an enslaved teen with vitiligo who was exploited as a sideshow curiosity and a lithograph of living and dead all-white male Masons described as the “wise and good among mankind.”

Among the exhibition’s five areas is the ‘Imperfection Section’ with items that have been altered, suffered age deterioration, damage, have artistic errors, or inscriptions. “We want people to appreciate that just because items like photographs, prints and sketches might be damaged, it doesn’t make them any less important to future generations,” says Piola.

Co-curator Sarah Weatherwax, Senior Curator of Graphic Arts notes, “Benjamin Franklin founded the Library Company to prepare colonists for citizenship by giving them access to books.  But today, being an engaged citizen requires us to look beyond text and also focus on visuals, to understand nuance and context.”

Two-year project
The Imperfect History project includes an exhibition, publication, digital catalog, a visual literacy workshop, a one-day symposium and a curatorial fellowship. It is in commemoration of the Fiftieth Anniversary of the Graphic Arts Department.

The digital catalog creatively demonstrates multiple viewpoints through descriptions of the same visual material written by four guest catalogers from different fields. The exhibition publication is an illustrated catalog providing an overview of the history of graphics collecting at the Library Company as well as narratives and a case study of the relationships between American art history, visual culture and literacy, race, gender, and Philadelphia imagery and image makers.

Visual Literacy Workshop: Urban In-sights
A select group of historians, curators, and other professionals from around the U.S. gathered virtually at the end of June for a workshop designed to enhance participants’ ability to “read” and analyze graphic materials. In addition to historical context, they learned about different graphic processes, and how to conduct primary and secondary research using graphic materials.

Symposium: Collecting, Curating, and Consuming American Popular Graphic Arts Yesterday and Today
The one-day symposium scheduled for March 25, 2022 will examine the changing and innovative trends in how popular graphics are curated, interpreted, used and understood by those who produced, viewed, and consumed them.

The Graphic Arts Collection
The holdings of over 100,000 items comprises one of the few public collections in the United States specializing in historical American popular graphics from the 17th century through the early 20th century. The works represent the multiple perspectives and aesthetic senses of their creators, while they also serve as material documents of the culture, politics and economics in which they were produced and consumed.