Hemingway-Inscribed For Whom the Bell Tolls Headed to Heritage Auctions 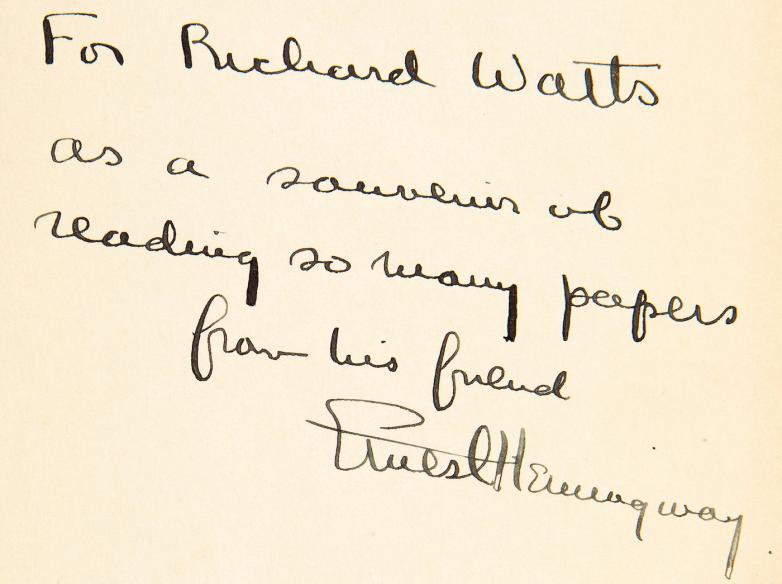 The offered copy is inscribed by Hemingway to Richard Watts, a longtime friend of the author.

Dallas, TX – Ernest Hemingway’s For Whom the Bell Tolls stands among select company in literary circles, prized by scholars and collectors alike.

Both will have a chance to acquire an extraordinary advance copy of a first edition of one of the author’s most popular and important books when it is sold in Heritage Auctions’ Rare Books Auction June 9-10. 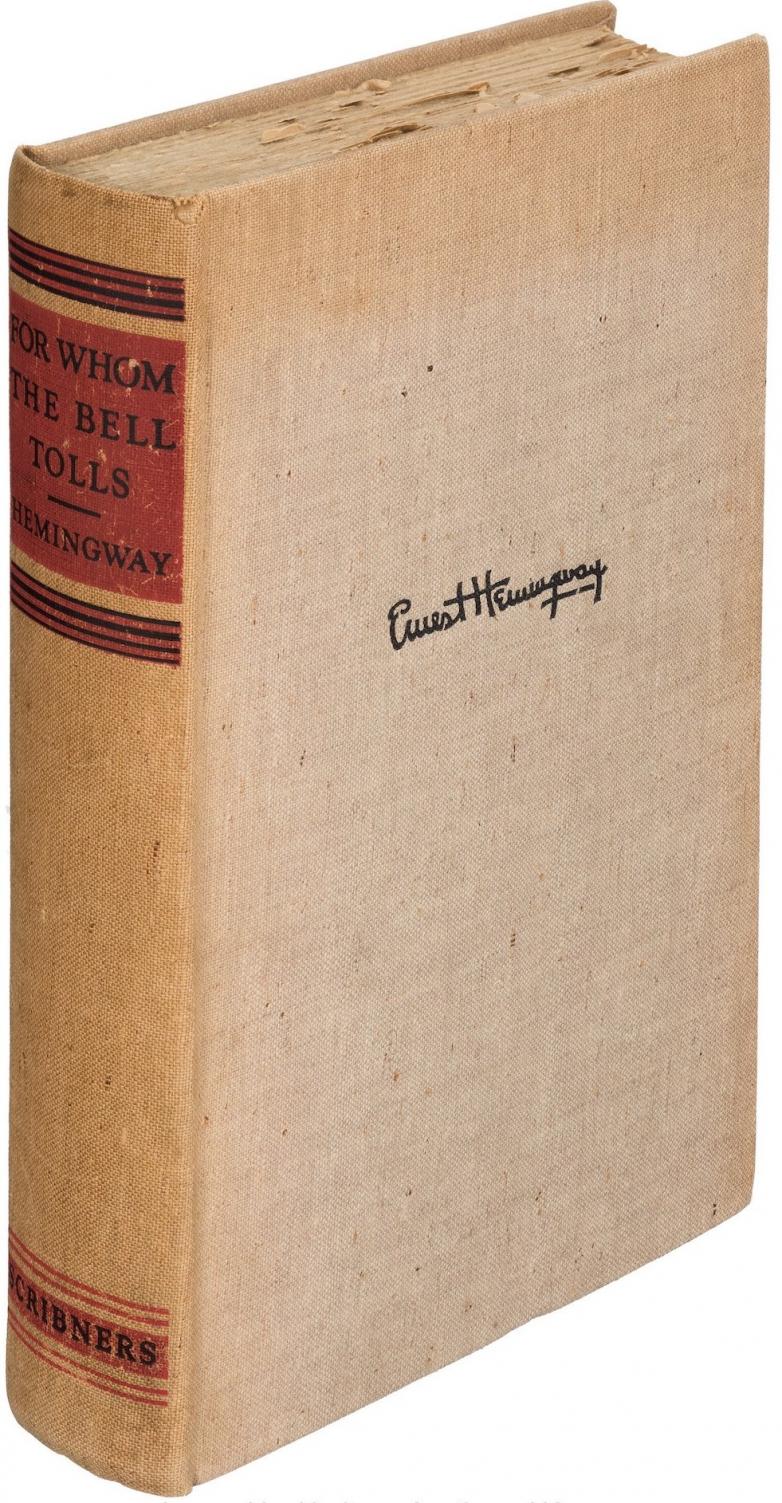 For Whom the Bell Tolls tells the story of a young American volunteer working with a guerilla unit during the Spanish Civil War in the 1930s. The advance copy (estimate: $40,000) offered in this two-day event is doubly appealing because it not only is viewed as a pillar of American literature, but also bears an inscription by Hemingway, who is universally regarded among the most popular and influential of American authors.

First editions are, by definition, in high demand. But advance copies, typically made for a mix of people and purposes, either for the author and or for the publisher, are coveted prizes among serious collectors.

The offered copy is inscribed by Hemingway to Richard Watts, a longtime friend of the author. While Hemingway is revered as a novelist, he also was a journalist; he and Watts were sent (by different newspapers) to Spain to cover the Spanish Civil War. Watts and Hemingway both spent 1937 and part of 1938 in Spain as foreign news correspondents. Hemingway gave this volume to Watts. Before he died in 1981, Watts left a collection of books for his protégé, noted journalist and film critic Jay Carr. During the 1980s, Carr sold most of the books he had received from Watts, but kept a select few, including the offered copy of For Whom the Bell Tolls, on a bookshelf protected from sunlight. The volume is consigned by his daughter.

“Hemingway first editions can be found, but an advance copy like this is an undeniable rarity, and a pinnacle treasure in the Hemingway collecting canon,” Heritage Auctions Rare Books Director James Gannon said. “To have this beautiful near-fine copy of this hallmark of American literature personally inscribed makes this an even more important find in the literary community, an absolute must-have for the most serious of Hemingway collectors.”

Hemingway’s inscription, on the front free endpaper reads: "For Richard Watts / as a souvenir of / reading so many papers / from his friend / Ernest Hemingway."

The 15 advance copy issues can be distinguished from the trade issue because they were printed on slighter larger paper; trade copies measure 8-1/4 by 5-5/8 inches, while advance copies like this one measure 8-5/8 by 5-3/4 inches.

For images and information about all lots in the auction, visit HA.com/6232.