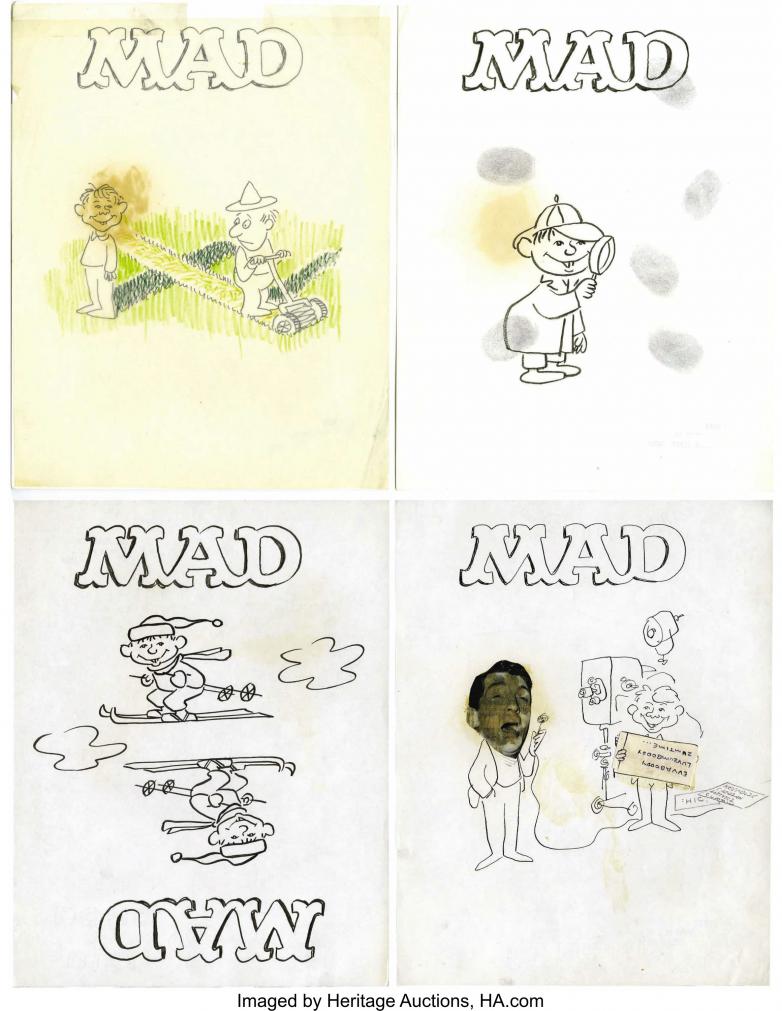 The 206-lot auction features a trove of artwork drawn by others that he had acquired. The top two lots owned by Kent were a Hal Foster Prince Valiant #310 Sunday Comic Strip Original Art dated 1-17-43 (King Features Syndicate, 1943), which carries a pre-auction estimate of $20,000+, and Floyd Gottfredson and Ted Thwaites Mickey Mouse Daily Comic Strip Original Art 12-31-35 (Disney Enterprises & King Features Syndicate, 1935), for which the pre-auction estimate is $10,000+.

Other top lots from Kent’s personal collection, each with an estimate of $500+, include but are not limited to:

Kent (1920-85) was an American cartoonist and author-illustrator of more than 40 children’s books, known best by many for creating the King Aroo comic strip. In addition to his own books, Kent illustrated 22 books by other authors. King Aroo was syndicated and distributed internationally from 1950-65. The strip was not a huge commercial success, but was revered by its loyal base of fans, in part because of its use of puns and imaginative dialog. Kent also wrote and drew the seasonal 1968 syndicated Christmas comic strip Why Christmas Almost Wasn’t. He also wrote several articles (one of which he also illustrated) for MAD magazine in the late 1960s, and made a final contribution to MAD in 1977.

“What is extraordinary about the Jack Kent Collection offered here is that he not only was a highly acclaimed artist, but he also was an unabashed fan of other artists. His love of comic strips goes back to the early 1930s, when he began assembling his collection by writing fan letters to the artists of other strips,” Heritage Auctions Senior Vice President Ed Jaster said. “It is a great honor to see this slice of comic strip entrusted to Heritage Auctions by Jack Kent’s family.”

King Aroo strips are rare in the market, but are popular with collectors. Past King Aroo lots sold by Heritage Auctions include:

To see images and to learn more about the auction, visit: HA.com/40152.