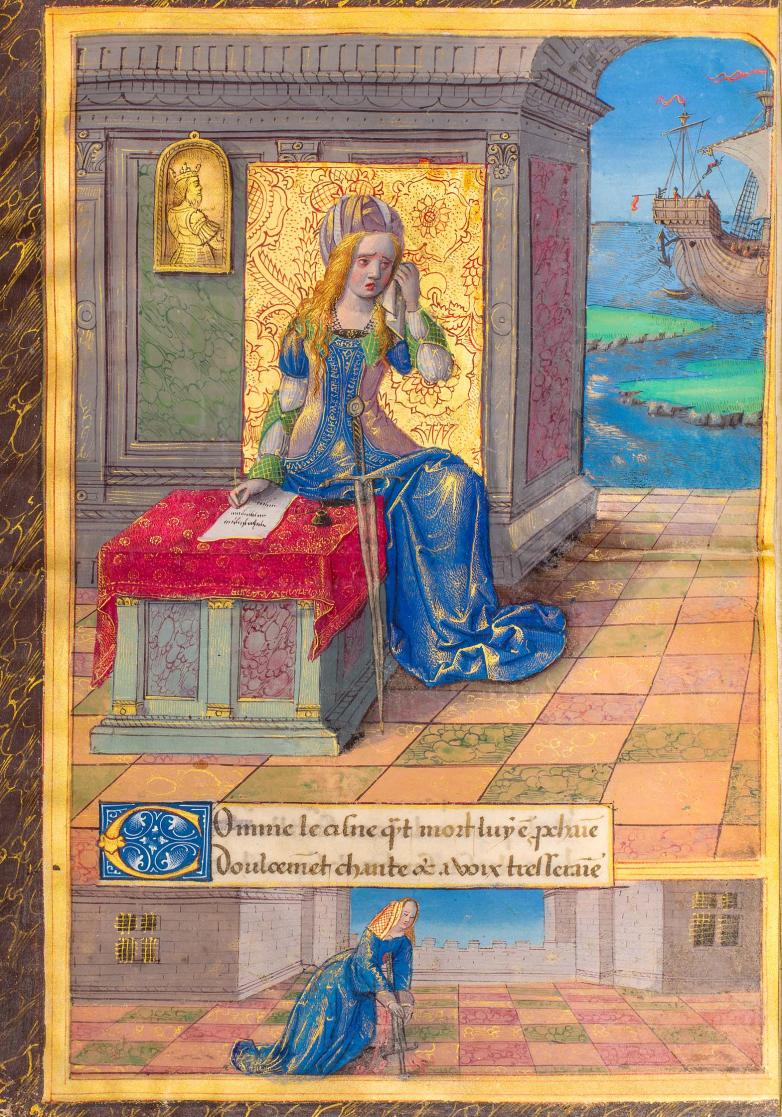 Basel, Switzerland — Complementing Art Basel 2019, Dr. Jörn Günther Rare Books will open its doors for a public exhibition. An exceptional selection of manuscripts, miniatures, and early printed books will be on display at the Dr. Jörn Günther Antiquariat in the heart of Basel from the 11th to the 14th of June 2019, with daily opening hours from 10 am to 12 pm, and from 2 pm to 5 pm. This year’s exhibition has a special focus: “Literature from the Middle Ages and the Renaissance”, the stories of which remain an important source of inspiration for contemporary artists.

One of the exhibition highlights is a singular and extremely rare compilation of five of Ovid’s Heroides (Heroines), in French translation by Octovien de Saint-Gelais, made for Anne of Brittany, queen consort of France. The letters by abandoned women to their faithless lovers, including the stories of Ariadne, Dido, and Oenone, are part of Ovid’s early work. The subject matter, the heroines of antiquity telling events from their – female – perspective, might have encouraged Saint-Gelais to offer these translations to the Queen, whose own life was just as dramatically at the mercy of men as Ovid’s female letter-writers. Heiress of Brittany, Anne was forced to marry Charles VIII and agree that, if widowed, she would remarry only his successor. The Ovid translations are bound in one volume, together with three French poems that were presumably written for an exclusive audience, possibly explaining the extreme rarity of this compilation. The manuscript includes eight full-page compositions with outstanding illuminations by the Master of the Chronique scandaleuse. One of the full-page miniatures shows Anne of Brittany herself, portrayed with her identified court ladies.

Some of the most popular tales of the Middle Ages are compiled in this extraordinary Sammelband (composite codex). It contains six independent literary works in their respective German translations, bound in one volume. Each book was printed in Strasbourg between 1477 and 1489. All six incunables in this compilation are abundantly illustrated; together, the entire Sammelband features over 400 woodcuts. The charming and very entertaining woodcuts offer a brilliant precursor to expressionist art of the 20th century. The popular tales in this volume include the stories of the mermaid Melusine, the destruction of Troy, the exploits of Alexander the Great, as well as Mandeville’s travel writings. This wonderful book has been exceptionally well preserved in a 16th-century binding, with sturdy brass corners and two clasps.

A Renaissance classic will also be on view during the in-house exhibition at Dr. Jörn Günther Rare Books. Giovanni Boccaccio’s collection of stories about the fortunes and calamities of the rich and famous was translated into French as Des cas des nobles hommes et femmes. The text starts with the biblical Adam, continues with mythological and historical figures from Antiquity, and concludes with several of Boccaccio’s own 14th-century Florentine contemporaries. This manuscript is a notable addition to the Parisian luxury books associated with the artist who is commonly referred to as Maître François. His miniatures mark the openings of the nine books of Boccaccio’s work, which offers a moral commentary on overcoming misfortune by adhering to virtue. At the French princely courts, the destinies of famous men and women of all ages were read as popular, inspiring models.