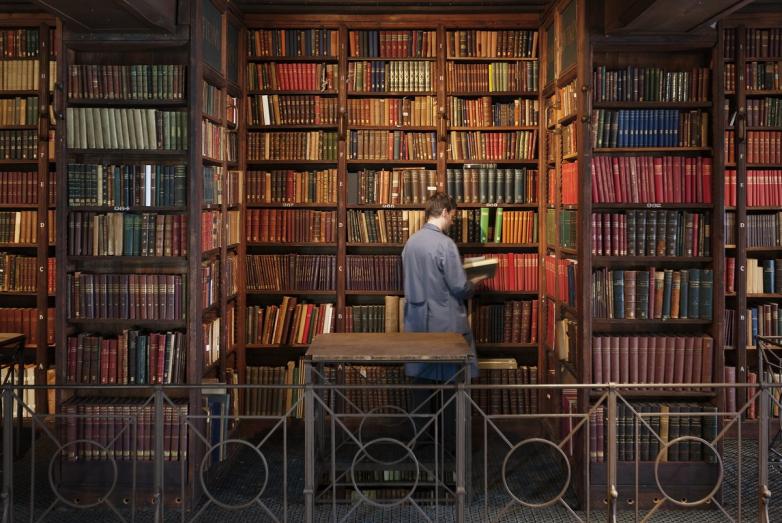 Antwerp, Belgium — The City of Antwerp and Google signed an agreement to digitise a large portion of the collections of the Hendrik Conscience Heritage Library and the Plantin-Moretus Museum. This entails more than 100,000 works from the sixteenth to the nineteenth century that will be made freely accessible in the coming years via Google Books and the library catalogues of both institutions. The books to be scanned are no longer subject to copyright.

"The collection of the Heritage Library is composed of a total of roughly 1.5 million volumes, and is consulted daily in our reading hall by many scientists, students and enthusiasts. The fact that Google will digitise around 85,000 works will greatly increase the findability of our collection and encourage more to consult it. The whole world will quite literally gain access. Of the 85,000 selected books in the Heritage Library, approximately 40,000 were printed abroad: many thousands of books come from France, the Netherlands, Germany and the United Kingdom. It not only illustrates the national but also the international dimension of our collection", says An Renard, director of the Heritage Library.

About 22,500 works have been selected for digitisation from the Plantin-Moretus Museum collection. The Plantin-Moretus Museum is the home and printing-publishing house of the Plantin-Moretus printing family. The museum is listed on the prestigious UNESCO World Heritage Sites list and houses an exceptional art collection, including portraits by Rubens and an ancient print shop. More than 25,000 old prints are kept in the historical libraries and the new depots. "Our venerable library contains not only the most complete collection of Plantin and Moretus prints in the world, but also many rare old European prints. Our collection is therefore invaluable for scientific research. The digitisation will give this research a phenomenal boost. The scanned books will be made full-text searchable: Researchers can search them easily, quickly and specifically. Google will scan both old and modern prints until 1894. Doing so, we are realizing a major catch-up in the digitisation of our collection, one of our major policy objectives", says director Iris Kockelbergh of the Plantin-Moretus Museum.

Antwerp's Alderwoman for Culture Nabilla Ait Daoud acknowledges the importance of this project for the city. "Antwerp has always been a true city of books. As early as the sixteenth century, many printers were active here, with Christophe Plantin at the very pinnacle. He succeeded in becoming the largest publisher in the world. But even throughout the subsequent centuries until today, Antwerp still lives and breathes literature. Consider the many writers, publishers and bookshops that were and still are active in the city. The collaboration with Google Books is a fantastic way to grant the products of all their efforts, our printed heritage, a second digital life."

Google digitises only publications that are no longer subject to copyright. with the exception of everything that has already been digitised in other libraries. "We are the third partner in the Low Countries with which Google collaborates, after the Ghent University Library and the Royal Library of the Netherlands. Across the world, Google has digitised numerous collections, including the university libraries of Stanford, Harvard and Oxford, among others. It is therefore remarkable that tens of thousands of books from our collections can still be added to Google Books", says Renard.

Ben Bunnell, manager of the Google Books project, is delighted with the collaboration. "Google Books was launched 15 years ago, with the ambition to make all books from around the world digitally available and searchable for everyone.  We are pleased that the City of Antwerp supports this great ambition. This collaboration adds an incredibly rich collection from the Dutch-speaking world to our corpus, and brings us a crucial step closer to achieving our mission."

In September 2020, he first 5000 selected books will be transported from Antwerp to Google's European digitisation centre in batches and at regular intervals by secure transport. After the scanning work is complete, Google immediately places the digital copies online. The Hendrik Conscience Heritage Library and the Plantin-Moretus Museum will also receive a digital copy which will be incorporated into their own catalogue. With thousands of books leaving Antwerp and coming back, it is expected that the last book will be scanned within three years.