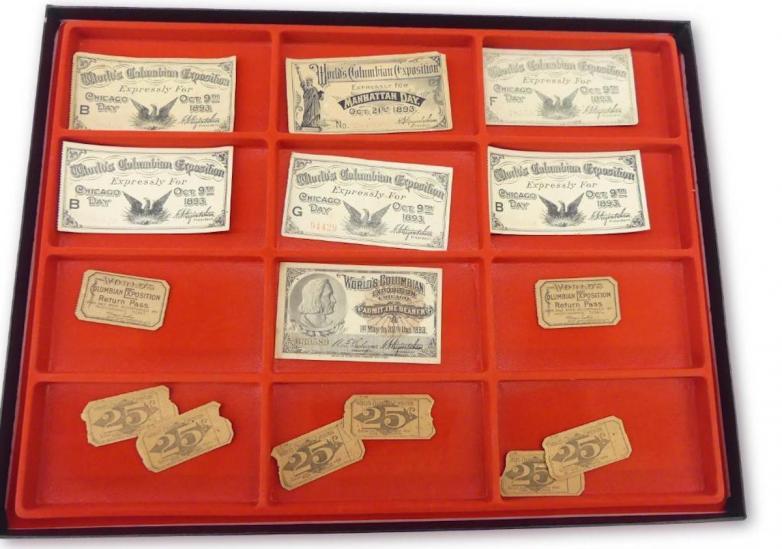 Beloit, Wisconsin – Beloit Auction & Realty, one of the country’s most respected full-service auction companies has announced The Columbus Museum & Chicago 1893 World’s Columbian Exposition (World’s Fair) Online Auction. Honoring the legacy of Christopher Columbus, the online auction will feature the personal collection of Dan and Rose Amato particularly focusing on the 1492 to 1892 400th Anniversary Celebration of Columbus’ discovery of America. The Amato’s began collecting in 1981. Their intrigue with the Italian explorer and navigator who completed four voyages across the Atlantic Ocean, opening the way for European exploration and colonization of the Americas is displayed in the carefully curated collection of items they have amassed over decades in pursuit of honoring his legacy.

The Christopher Columbus Museum and the accompanying Chicago 1893 World’s Fair Columbian Exposition exhibit displays more than 2,000 historical artifacts. The Beloit Auction event will feature these pieces in over 440 lots.

Highlights of this extraordinary auction include a rare stained glass triptych depicting the landing of Columbus in the middle panel and flanked by new world and old world images on the left and right panels. Created by Jim Weigert with the frame by Fr. Ambrose Holzer, the magnificent art piece is a rare and historical tribute to Columbus; a Christopher Columbus 400th Anniversary Capodimonte Porcelain Statue of Christopher Columbus by Germano Cortese; Scale models of the Chicago 1893 World’s Columbian Exhibition Ferris Wheel and the Nina, Pinta and Santa Maria by Duane B. Anderson; 500th Anniversary 1992 Souvenir; an extensive collection of 1893 World’s Columbian Exhibition statues and lithographs; Santo Domingo, Dominican Republic Lighthouse Display and Stamp Collection; an 1892 John Rogers’ Columbus & Captains Porcelain Statue Grouping (1 of only 6 in the world); Columbus’ 1492 First American Landfall in Haiti Display and extensive Christopher Columbus and 1893 World’s Fair Library, an 1892 promotional poster of “Buffalo Bill’s Wilde West Show” in Paris, France before his return to the World’s Columbian Exposition in 1892 and many other exceptional items.

“We are honored to be given the privilege of hosting this extraordinary auction event. The items in this auction not only celebrate Christopher Columbus and the 1893 World’s Fair Exhibition but offer collectors and fans from around the world the chance to own some of the most sought after historical artifacts from the museum ever to be offered.” – David

The Christopher Columbus and Chicago 1893 World’s Fair Columbian Exhibition auction is currently underway online. To view the entire online catalog, visit www.beloitauction.com and click "View Catalog and Bid" and follow the steps to register for the auction or download the free app by searching for "Beloit Auction" and click on "Register to Bid."  The auction ends on March 3, 2021.  For more information call Beloit Auction at 608-364-1965.

END_OF_DOCUMENT_TOKEN_TO_BE_REPLACED

Appraisals and rare books in all fields. Est. 2020

Book Dealer: Antiquarian & Rare
Uncommon Works Rare Books
(530) 354-4440
Rare and 1sts with a focus on the Spanish Conquest of the New World and Mesoamerica.