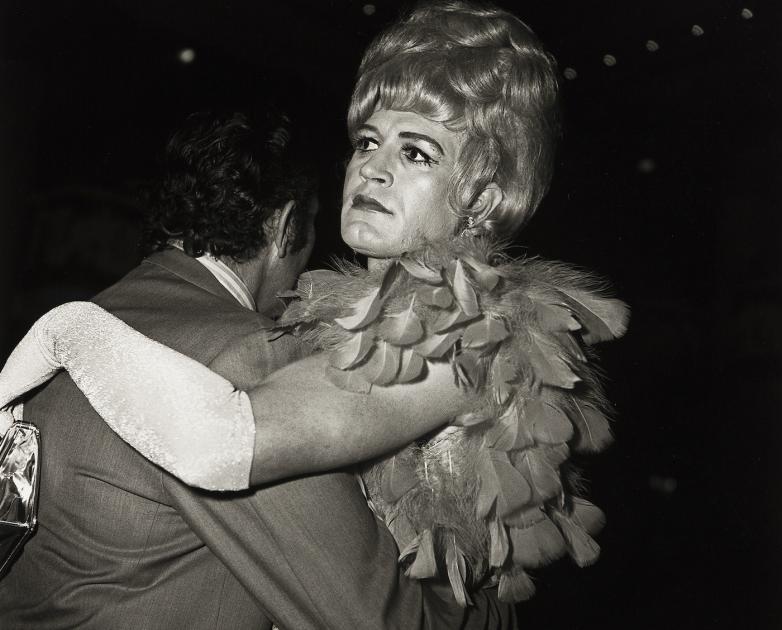 New York — "Swann's third annual auction of LGBTQ+ Art, Material Culture & History was an unmitigated success. From the limited exhibition, which had the highest attendance of any of the house’s exhibitions in 18 months, to the truly spirited and competitive bidding institutions and avid collectors all participated at what could at times be referred to as a fever pitch. Records were set in many different categories: art, photography, posters and ephemera. Perhaps most heartening were the outstanding results achieved for artists whose work had not previously or only infrequently appeared at auction,” Swann Galleries President, Nicholas D. Lowry reflected on the Thursday, August 19 sale. The sale earned $1.1 million hammer ($1.3 million with BP), nearly 30% over the high estimate with 94% of the 268 lots on offer finding buyers.

Tom of Finland’s popular S&M illustrations led the auction, with the complete run of eight works on offer finding buyers, and recording a record-breaking price for the artist, proving that Swann has become the go-to house for the artist. Establishing a new auction record for the artist was Home – Secured, an exceptional 1982 colored-pencil work that pays clever homage to Canada with the breeches and boots of the Royal Canadian Mounted Police. The drawing earned $87,500, besting the previous record set by the house ($55,000 in 2020). Also of note was a 1965 pencil-on-paper work of Finland’s signature biker men ($35,000), and two preparatory sketches from 1982 ($18,750) and 1985 ($10,625).

Photography featured Diane Arbus’s Two Men Dancing at a Drag Ball, NYC, silver print, 1970, printed 1972, which established a record for the image at $50,000; as well as images by Peter Hujar, Laura Aguilar, JEB and Robert Mapplethorpe. Vernacular photography was also on offer with a rare album of cross-dressing from 1930 to 1941 ($11,250), and a pair of portraits of the iconic Harlem Renaissance figure François “Féral” Benga ($8,125).

Rare posters and flyers created during the aftermath of Stonewall, as well as those developed by activists during the AIDS epidemic led a standout selection of ephemera. Most notable was the 1987 first printing of Silence = Death, created before the image was turned over to ACT UP. The poster brought a record $32,500. Also from the Silence = Death Collective and ACT UP was Silence = Death VOTE, issued in advance of the 1988 presidential election urging people to educate themselves about candidates’ positions on HIV-related issues, the offering marked a market debut for the poster which earned $8,125. From Su Negrin was the 1970 poster Gay Liberation which featured Peter Hujar’s Come Out! photo, the poster turned over a record setting price at $10,625; and Donna Gottschalk’s Sisterhood Feels Good, 1971, earned $2,500. Flyers included an archive of 36 gay rights informationals from the 1970s and 80s ($4,000); and 13 protest fliers issued by the Mattachine Society in the weeks after Stonewall ($3,250).

Lesbian pulp fiction, Oscar Wilde material, newspaper clippings, zines, archives, correspondence and more rounded out the sale. “This is clearly a market that is growing at a rapid pace, and we are delighted to be the house accompanying that growth. As the auction necessitates the involvement of all of Swann's specialist departments, and is, in effect, a showcase of our many talents, it is truly a team effort and as such is even more rewarding. The sale is something that we look forward to as much as our clients,” concluded Lowry.

The house is currently accepting quality consignments for a 2022 sale of LGBTQ+ Art, Material Culture & History, as well as forthcoming auctions of Contemporary Art, Illustration Art, Books and Manuscripts. For the house’s most up-to-date auction schedule please visit seanngalleries.com.