The Republication of “One of the Greatest Sets of Books Ever Produced in America.”

Scholars say The North American Indian may be the greatest set of books in North American publishing history. Unfortunately, because of its cost and scarcity it is often inaccessible to scholars and researchers. 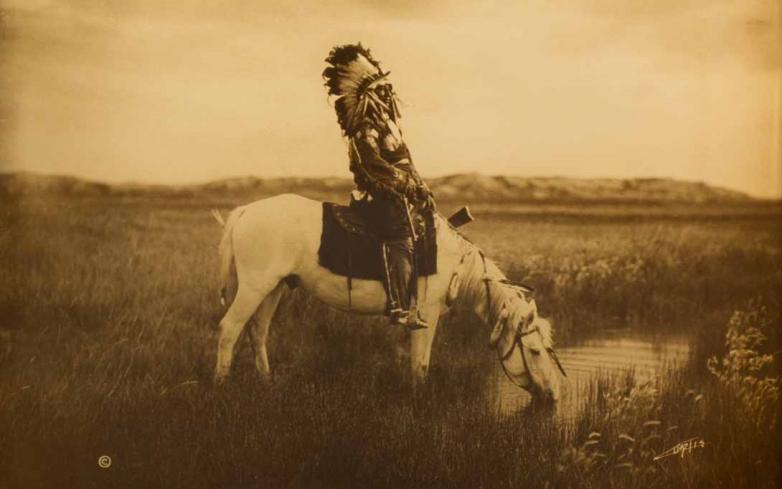 In 1973, Christopher Cardozo found himself in a small bookstore on the outskirts of Albuquerque, New Mexico in front of a newly published book on Edward Curtis. Cardozo had just returned to the U.S. after eight months in an isolated Indian village at the ridge of the Sierra Madres in Oaxaca, Mexico. Like Curtis, Cardozo had been photographing, filming, collecting material culture, and recording Native language and music. 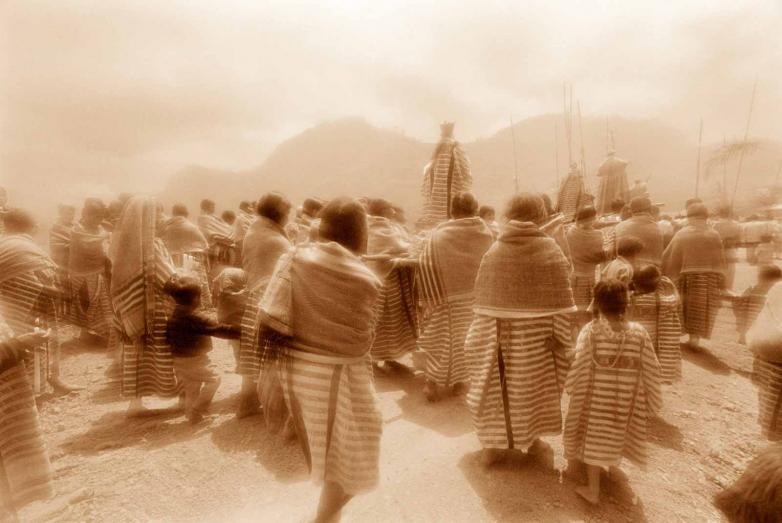 “I had been living with a very isolated Indian group, some of whom had never seen a Caucasian before and many believed they lived on an island,” he said. “As an outsider, I was viewed with great suspicion and was held at knife point and gun point. With no prior knowledge of Curtis, I ended up doing many of the same things he had done nearly a century earlier: with an isolated Indian people who were still living much as they had done for centuries.”

Within two days of seeing the Curtis book, Cardozo discovered an archive of vintage Curtis photographs and immediately went into debt to purchase his first two Curtis, so began Cardozo’s lifelong commitment to the work of Edward Curtis, and also a dream: to republish Curtis’s magnum opus, The North American Indian and make it more affordable and more accessible. 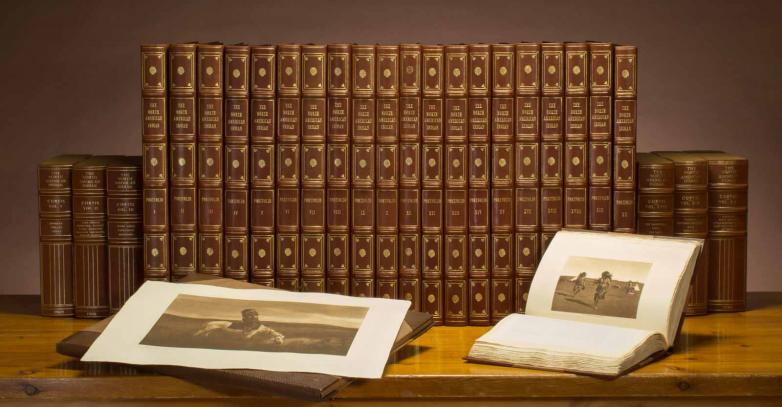 The Frederick Webb Hodge Set of The North American Indian

The 20-volume, 20-portfolio collection took Curtis more than 30 years to create and cost $35 million in 2019 dollars, to produce in book form. Despite working with a team of field researchers who gathered information ahead of him, Curtis still typically clocked more than 100 hours per week on the project and was ultimately hospitalized for nearly two years after its completion due to chronic exhaustion. 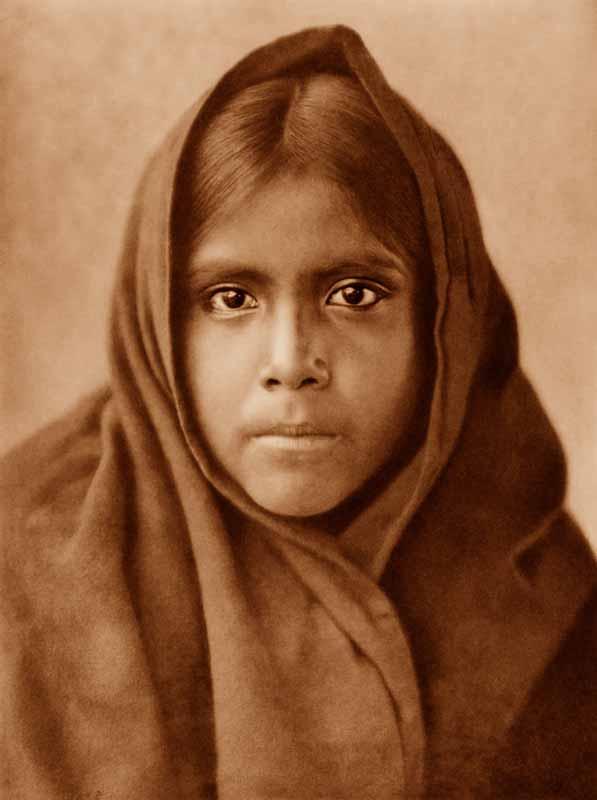 During the 30 year project, Curtis managed to create more than 40,000 striking images of Native people throughout the American West, Western Canada, and Northern Mexico and, with the help of his editor, Frederick Webb Hodge, wrote more than 2 million words of original ethnographic text along with transcriptions of nature, language, and music.

Some have criticized Curtis for failing to show the effects of cultural genocide and the destruction Native peoples faced from the effects of colonization, but Cardozo argues that the expense of the project—$35 million in today’s dollars—meant it had to appeal to patrons and collectors, most of whom would not have supported it or purchased photographs of “impoverished people shorn of their traditional culture.” Showing the sad state of Native peoples at the turn of the century was never Curtis’s goal at all.

“By 1900, Native Americans were at an extremely low point physically, culturally, and economically,” Cardozo said. “Curtis was interested in showing America who the Indian really was before all of the destruction visited upon them by the forces of colonization.” He wanted to show America an essential vision of who Native Americans really were and how they had lived.

Curtis has also been criticized for producing the The North American Indian for his own financial gain, but nothing could be further from the truth Cardozo says. “His unwavering commitment to his life’s work literally kept him insolvent for 25 years,” he said. “Curtis never drew a paycheck throughout that period, and he eventually lost everything pursuing his dream: his financial well-being, his marriage, his family, his health, and even ownership of his own copyrights. Ultimately, he died in 1952, unknown and impoverished” 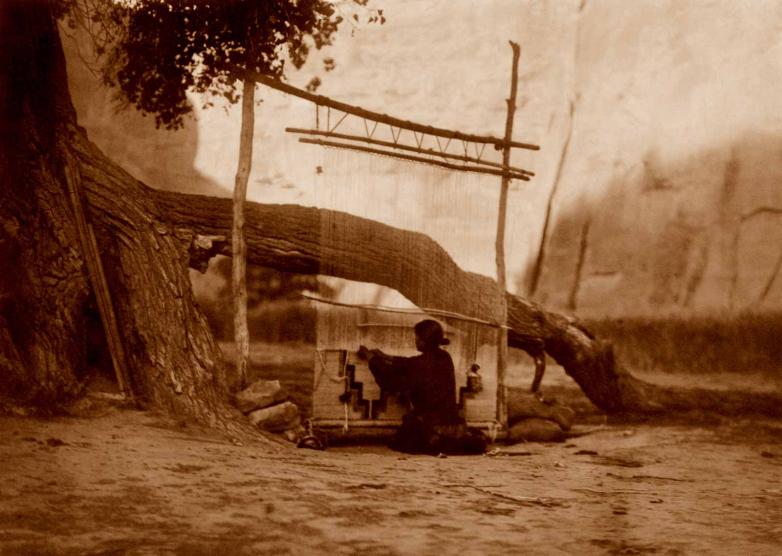 Today, a complete set of his magnum opus can sell for up to $3 million, and while Curtis is one of the most widely exhibited and collected photographers in history, most people are still unfamiliar with the bulk of his work. This was what Cardozo wanted to rectify when he first dreamed of republishing the set back in 1973. But back then, without digital technology, the republication would have been too difficult and too expensive to even attempt. 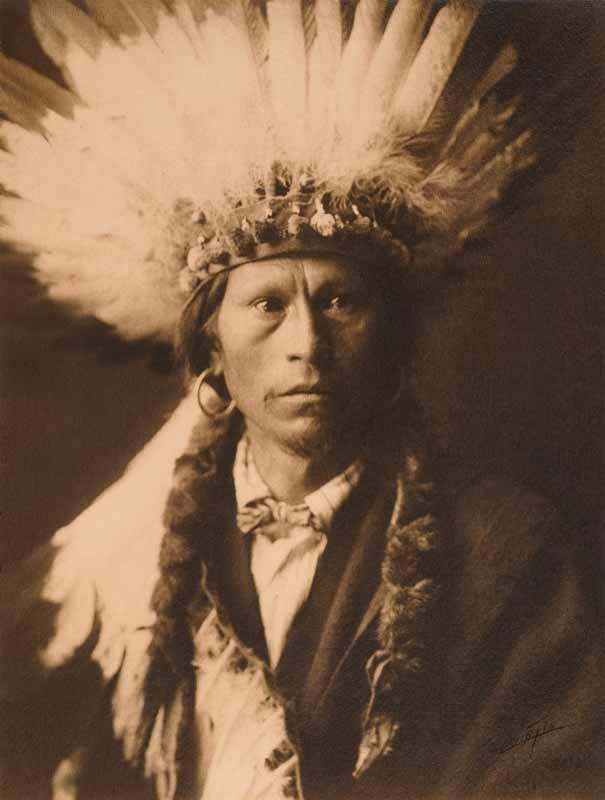 By 2014, technology and craftmanship caught up with Cardozo’s vision of a beautiful, affordable, and painstakingly detailed republication. Cardozo then brought together more than 40 book artists and artisans, who together spent more than 30,000 hours over four years producing 75 “Custom Edition” sets of The North American Indian Republication. Typesetting and six rounds of proofreading alone took nearly 10,000 hours for the 2.5 million words of text. The team also had to create digital type face for many Native words for which none existed. They also scanned and mastered over 2,000 original photographs.

First released in 2015, this edition nearly sold out by mid-2017. Due to its success, the “Custom Edition’s” price quickly rose from $12,500 to $37,500, and garnered the attention of prestigious subscribers, such as The Morgan Library, Harvard, 13 tribal colleges, and many individual collectors, all of whom own “Custom Edition” sets today. Today the “Custom Edition” is now all but sold out.

One of the goals of the project was to ensure Curtis’s oeuvre was more widely accessible to researchers and historians, many of whom couldn’t afford to purchase the “Custom Edition” for themselves, so Cardozo’s team recently invested an additional 200 hours creating an elegant but much more affordably priced edition, entitled “The Complete Reference Edition,” featuring simplified production processes, redesigned book covers, and custom designed spines. The “Complete Reference Edition” is now available at at a lower cost than the “Custom Edition”, thereby creating broader access to all the same content as the “Custom Edition.” The team also created archival prints, more than 500 of which have been “repatriated” to Native individuals and organizations.

“Curtis’s photographs comprehend indispensable images of every human being at every time in every place. In the focus upon the landscape of the continent and its indigenous people, a Curtis photograph becomes universal.” —N. Scott Momaday

“This incomparable record, which Curtis created with approximately 10,000 Native ‘co-creators,’ has left a legacy of pride and beauty, which still inspires many Native people today and helps them reconnect to important aspects of their heritage and identities before the decades of historical trauma,” Cardozo said. “Our goal has always been to get the work as broadly available as possible, especially to Native people, scholars, and students.” To date, through various channels, Cardozo Fine Art has reached over 10,000,000 people globally with this message of “Beauty, Heart, and Spirit” and created exhibitions seen on every continent but Antarctica.

Now, collectors and researchers can purchase the “Complete Reference Edition” sets from Christopher Cardozo Fine Art, and have unprecedented access to Curtis’s monumental work, in its entirety.

“Curtis’ biggest contribution was combining his exceptional artistic gifts with the exhaustive and detailed study of Native Americans and their histories and lifeways,” Cardozo said. “All in all, I would say that The North American Indian is among the greatest publishing feats in North American history.”

About the “Complete Reference Edition” 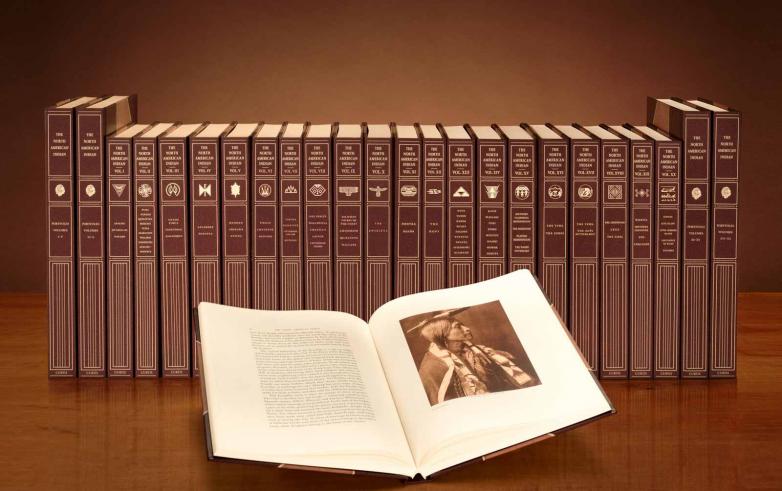 Every detail of the republication was carefully considered to ensure Curtis’s entire work was accurately reproduced and that sets were durable and affordable.

Toward that end, Cardozo and team wanted to use an acid-free, archival paper and they looked at nearly 10,000 different paper samples to find one that had all the characteristics they were looking for. They finally settled on Finch Opaque paper, which is acid-free, archival quality, for the text and case covers.

Color dry-ink printing was used on high-end Xerox Color Presses. The high-quality xerographic printing is long-lasting and has the same longevity as typewritten or handwritten documents on the same paper.

PUR glue was used for the bindings, as it creates a more durable and flexible binding than traditional EVA glues.

The set features high-quality nylon lamination film, (which is superior to polyester and polypropylene films), to protect the custom-created, case covers.