L’Histoire des Deux Indes: Condemned by the Paris Parliament and Burned in the Public Square, an Omen of its Astounding Success

Books and Documents of a Mexican Library Auction. 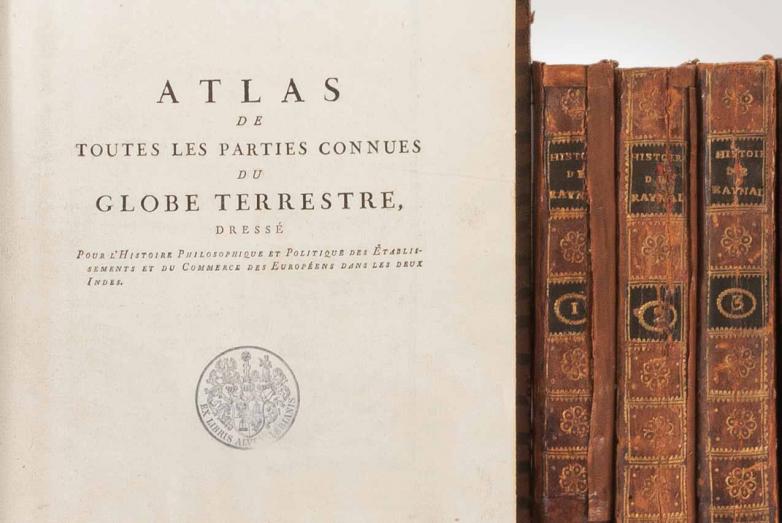 Highlights include Photographs, Engravings, Antique Books and Documents, a Collection of Signatures by Mexican Heads of State, and Literature

The third edition of L'Histoire des Deux Indes, published in 1781, was censored in France due to its controversial content, related to anticolonialism and a strong revolutionary conviction, largely due to the collaboration of famous figures such as d'Holbach and Diderot.

In 1770 the first edition of this work was published anonymously under the title, "Histoire Philosophique et Politique des Établissements et du Commerce des Européens dans les Deux Indes", in which radical ideas centering around natural law, criticism of colonialism, the clergy and despotism could be found. Many of the ideas found in this work date back to the mid-eighteenth century when an ideological movement began to grow in Europe, revolutionizing all areas of knowledge, and eventually influencing events of great historical importance, such as the French Revolution which in turn, gave way to the beginning of a Modern Era in which a monarchy would no longer have a place and where the basis of all political relations would have to be based on democracy.

Due to its controversial content, the text was banned in 1772; however, a second edition was published in 1774, which immediately led to its inclusion in the Index Librorum Prohibitorum. This is how in 1781 the third edition was published and became even more widespread; it included a portrait of Guillaume Thomas François Raynal (1713 - 1796), widely credited as being the author of this work, which led him to flee the country temporarily. This controversial work was condemned to be burned in a public square by the by the Paris Parliament.

These events did not prevent Raynal from printing even more editions. In fact, the scandal helped increase its popularity, and in France alone more than 30 different editions were published between 1770 and 1787, not to mention those that were published outside the country. The work was a huge success, not only for standing up to the prevailing precepts in Europe, but also because it represented the ideals of the peoples subjugated by absolutism.

The events leading up to the French Revolution, as well as its inevitable consequences go to show us that the purity of an enlightened intention is not enough; Raynal laid the foundations to build a real emancipation, but also saw how the masses used them as meaningless, ideological banners. In his Lettre à l'Assemblée Nationale of May 1791, he summarizes his position regarding the implications of the Revolution: "J'ose depuis longtemps parler aux rois de leurs devoirs; souffrez qu'aujourd'hui je parle au peuple de ses erreurs" [1].

At Morton Subastas we are proud to present Lot 200, the third edition of Guillaume Thomas Raynal which is a window into an era of changes, not only political, social, and economic in nature, but also of humanity itself. Please join us at the Auction of Books and Documents of a Mexican Library, which includes Photographs, Engravings, Antique Books and Documents, a Collection of Signatures by Mexican Heads of State, and Literature, which will be held on Wednesday, May 13th, starting at 5:00 p.m. (CDT), where this and 228 other priceless items will be put up for auction.

View this edition in Google Books.