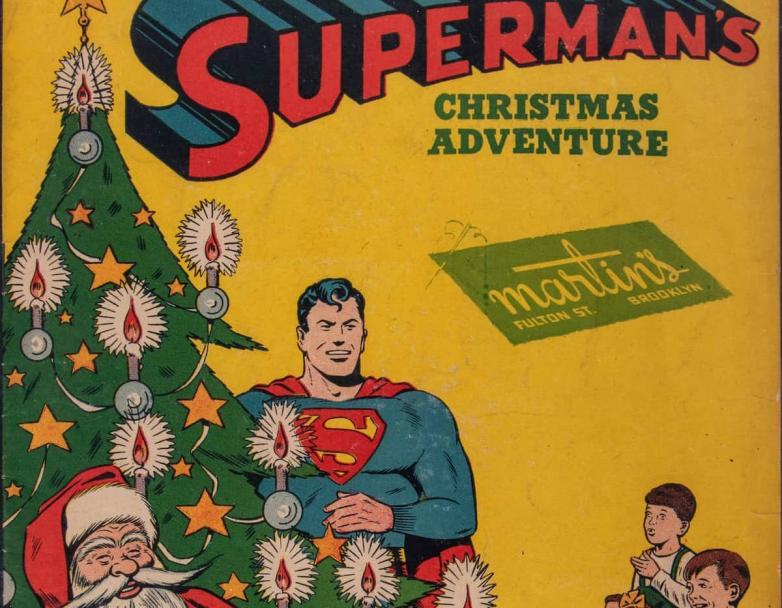 More than 100 vintage comic books are on offer, including several early Superman editions.

Runnemede, NJ -- Movie fans have a rare opportunity to bolster their film collections as vintage and unopened VHS tapes are up for sale as part of Goldin’s largest-ever Pop Culture Auction which opens today. Among the rare films in the auction are a 1974 copy of The Godfather Part II signed by Al Pacino, a 1994 Pulp Fiction copy signed by Uma Thurman and a sealed copy of The Ultimate Fighting Championship: The Beginning featuring the 1993 fights where Royce Gracie defeated Ken Shamrock and Gerard Gordeau to win the first UFC title.

In addition to these rare VHS tapes, the December Pop Culture Auction boasts more than 1,000 premium and valuable video games, comic books, trading card game items and memorabilia from film, television and more, including:
•    More than 80 pieces of entertainment and movie memorabilia, such as a J.K. Rowling-signed first edition Harry Potter and the Prisoner of Azkaban; a pair of Air McFly sneakers signed by Back to the Future Part II cast members Michael J. Fox, Tom Wilson, Lea Thompson and Christopher Lloyd; a replica of Han Solo’s blaster autographed by Harrison Ford; a replica of the "Sting" sword from The Lord of the Rings franchise signed by the four hobbits (Elijah Wood, Sean Astin, Billy Boyd and Dominic Monaghan); and a 16 x 24 Grease movie poster signed by John Travolta & Olivia Newton-John.
•    More than 100 vintage comic books, including a 1985 Thundercats #1 issue, which features the first appearance of the beloved characters in comics (graded CBCS 9.8); and Iconic early Superman comics including Superman #3 (1940, graded CGC 3.0) and Superman #21 (1943, graded CGC 4.0).
•    Over 460 retro and collectible video games, such as a 1978 Space Invaders sealed game for the Atari 2600 (graded Wata 9.4/A++); a 1989 sealed copy of Jordan vs. Bird: One on One (graded WATA 8.5/A+); and a 1982 Atari 2600 "E.T. The Extra-Terrestrial" sealed game (graded Wata 9.4/NS), one of the most infamous video games in history.
•    250 rare trading cards, including a 1995 Pokemon Japanese Topsun Blue Back Snorlax card (graded PSA NM-MT 8, only three examples graded higher); a 1996 Pokemon Japanese Basic Holographic #6 Charizard in near mint to mint condition; and a 1977 Star Wars Wonder Bread #4 Han Solo card (graded PSA GEM MT 10).

“The non-sports market has captivated collectors, with new categories continuing to emerge. One of the latest to make waves is rare and unopened VHS tapes,” said Executive Chairman and Founder Ken Goldin. “While many of us have probably considered throwing out our VHS tapes, we have seen an increase in movies that are hard to find or are tied to nostalgia, such as classic Disney movies or Star Wars films.”

Goldin has built a reputation as the trusted leader in trading cards, memorabilia and collectibles. So far this year, the company has already done over $325 million in sales. The current Pop Culture auction closes in December. Goldin Auctions is also actively accepting consignments for future auctions. To inquire about consigning, email info@goldinauctions.com.