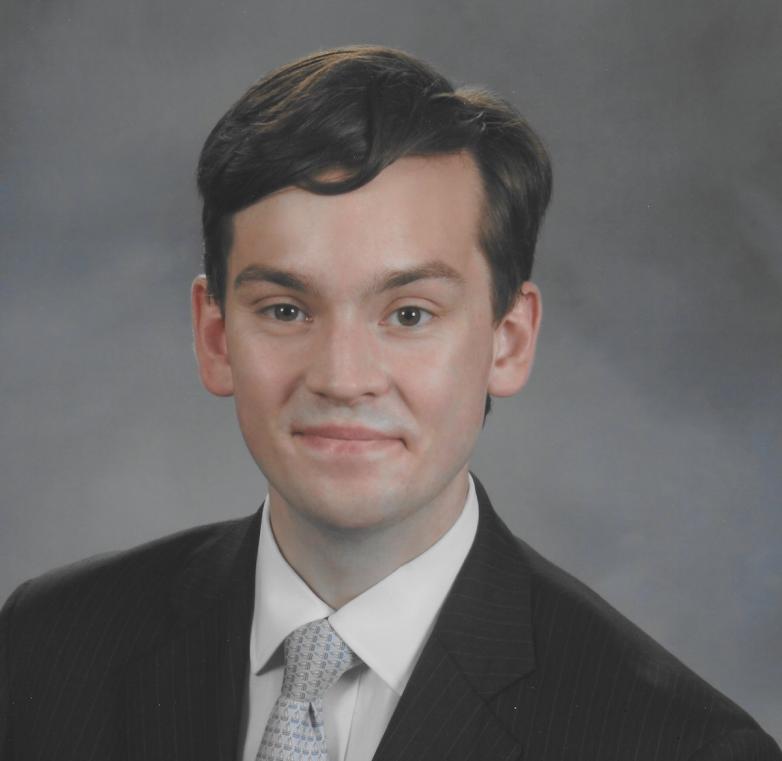 I am from Barnstable, Cape Cod, Massachusetts. I split my time presently between Hartford, Connecticut, where I go to college, and Barnstable.

I study Public Policy & Law and History at Trinity College, with a minor in Religious Studies. I plan to attend law school this coming fall (I am still waiting for decisions to come in). Eventually, I plan to practice as an attorney, hopefully finding opportunities to channel my two major interests: early American legal history and contract litigation.

My collection is structured around recreating, in form and subject, the library of Charles Abbott, 1st Baron Colchester, who was Speaker of the English House of Commons during the latter portion of George III’s reign (1802-1817). The library might be termed typical in its collection of Enlightenment philosophy and classical history and philosophy, though it is also unique in its focus on medieval manuscripts (which I certainly have yet to delve into). I first came across a catalog of Colchester’s library and have ever since been fascinated with recreating his text.

Thus, Colchester’s topics—and mine as well—focus primarily on a mixture of English history, Anglican religious texts, legal tracts, and works of classical history and philosophy.

In my Colchester collection proper, I have around 500 volumes. Of those, I would say about 100 are original editions. Outside of my collection and in terms of the numerosity of books in my library, I would estimate in the several thousands.

The first book in Colchester’s collection began with a 1777 edition of Richard Bentley’s Dissertation on the Epistles of Phalaris. The version of Bentley’s work was owned by Lord Colchester himself and is what inspired me to explore Colchester’s life and collection.

I recently had the opportunity to meet with Bill Schaberg, who collects books in the “history of ideas,” and acquired an 1833 inscribed first edition of John Abercrombie—a Scottish philosopher and physician to His Majesty of Scotland’s—Inquiries Concerning the Intellectual Powers and the Investigation of Truth.

My favorite would have to be my twelve-volume set of Edward Gibbon’s History of the Decline and Fall of the Roman Empire. The set is in outstanding condition and is from the small publishing house of Plummer and Brewis, operating at the early start of the 19th century. From what I can gather, this set was printed in Eastcheap, an old market street in London that, incidentally, was the sight of the Boar’s Head Inn, which makes an appearance in Shakespeare’s Henry IV, Part I and Henry IV, Part II.

A three-volume set of Bayle St. John’s Memoirs of the Duke of Saint Simon. Printed by Chatto and Windus in Piccadilly in 1876, the condition of the three volumes was surprising and I managed to obtain them for about half of their value. Though they were not the edition that Colchester owned, I was happy to find the scarce set in an attractive condition.

After seeing a copy in the Peabody Essex Museum in Salem, Massachusetts, I have had my eye on John Hawkesworth’s Cook’s Voyages: An Account of the Voyages, Discoveries in the Southern Hemisphere; South Pole and Round the World. Printed by W. Strahan and T. Cadell, the folio edition contains the official accounts of the Captain James Cook, FRS, the intrepid English explorer of the Pacific.

Colchester had several medieval manuscripts in his collection, though more realistically I would hope to save up and obtain a 15th century French Book of Hours. Colchester’s collection had several but I find the artistic work and value of a Book of Hours particularly attractive as a potential future centerpiece of the collection.

I am partial to my hometown bookstores that I grew up on as a young collector: Parnassus Book Service in Yarmouth Port, Massachusetts, Isaiah Thomas Books and Prints in Cotuit, Massachusetts, and Titcomb’s Bookshop in East Sandwich, Massachusetts. All provided thoughtful opportunities to engage with and interact with rare and used books from an early age, and all are worth a visit.

Coins—which I also collect. My father has been a coin collector all of his life and I, to some extent, have followed in his footsteps when I can get away from collecting books.