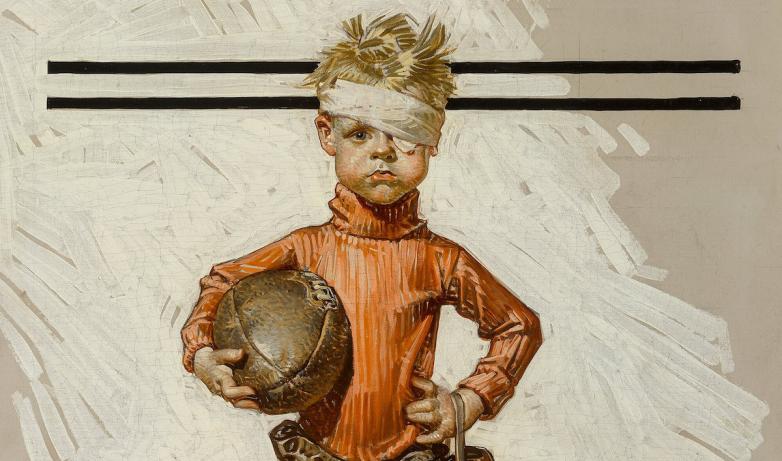 Joseph Christian Leyendecker’s Beat-up Boy, Football Hero, which appeared on the cover of The Saturday Evening Post on Nov. 21, 1914, sold for $4.12 million.

Dallas, TX – Joseph Christian Leyendecker’s Beat-up Boy, Football Hero, which appeared on the cover of The Saturday Evening Post on Nov. 21, 1914, sold Friday for $4.12 million, shattering the previous world record for a work by the influential illustrator.

The painting was a centerpiece of Heritage Auctions’ May 7 American Art Signature Auction, alongside masterworks by such revered names as Moran, Bierstadt and Rockwell. Numerous records for several significant artists were set throughout the day, as the total for the nearly sold-out American Art event surpassed the $10.7 million mark – the first American Art event at Heritage to do so. 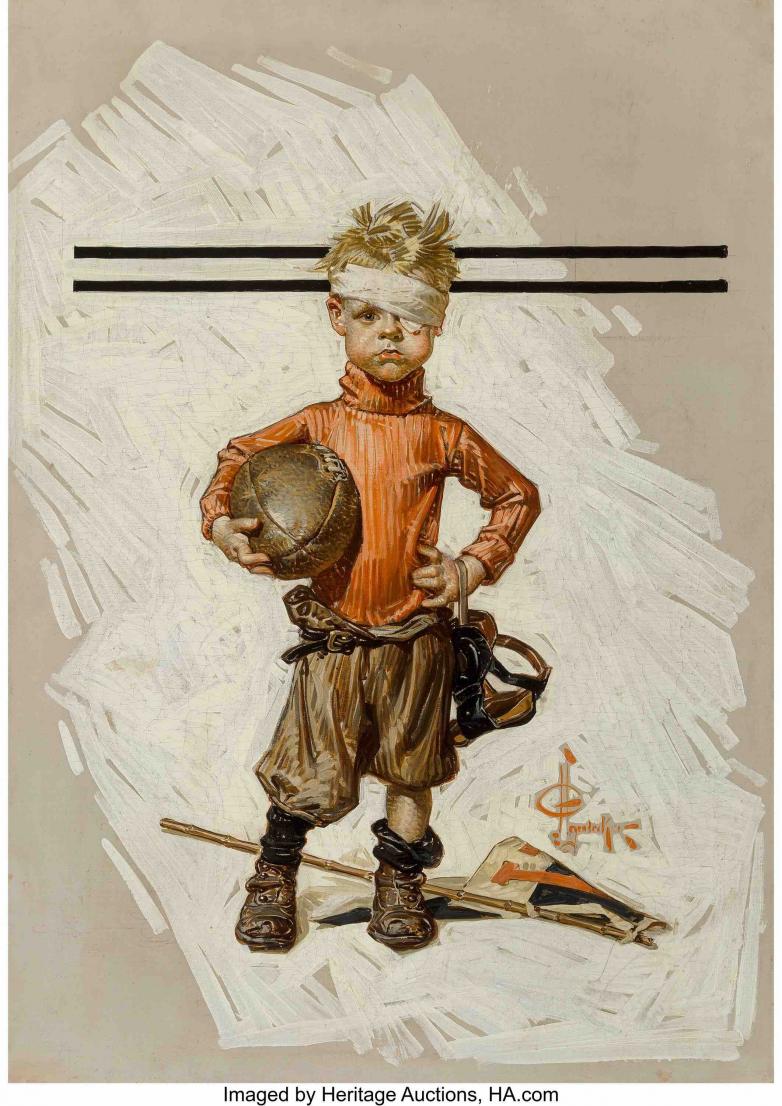 “I always vowed that I would be the first one to sell a million-dollar Leyendecker,” says Aviva Lehmann, Heritage Auctions' New York City-based Director of American Art, pictured at left with the record-setting painting. “I am honored to have sold this masterwork for $4.1 million. Not only was it a huge day for Heritage, but it was a historic day for American art.”

The previous world record for a J.C. Leyendecker original was set in December, when Sotheby’s sold his 1930 work Carousel Ride for $516,100.

The extraordinary portrait of a bruised, bandaged, scuffed-up but proudly defiant young boy had never before been to auction. In fact, until now this delightful work from the creator of The Arrow Collar Man has resided with one family for nearly a century. And it looks today as it did upon its creation: The painting has never been relined and remains housed on its original stretcher.

The auction room grew loud when the Beat-Up Boy crossed the million-dollar mark; louder still when it surpassed $2 million, then $3 million. And when the hammer fell, when the final price hit $4,121,250, the room erupted in applause.

A Football Hero. And, today, an auction hero.