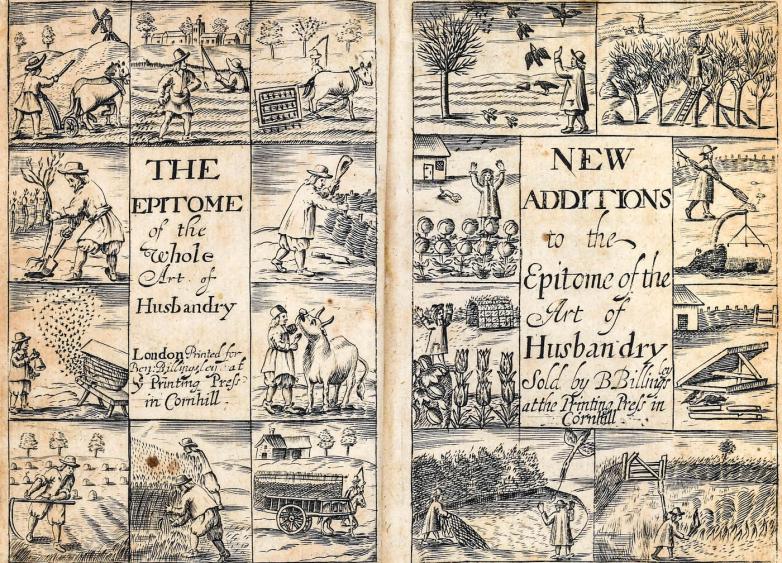 Leyburn, North Yorkshire — This September, Tennants Auctioneers are delighted to be selling The Glaisdale Agricultural Library: The Private Collection of a Yorkshire Agriculturalist in a single-owner sale. Assembled over five decades by Martin Burtt, the 180-lot collection includes volumes by the great agricultural writers of the 16th to 19th centuries and provide a fascinating insight into agricultural practices and rural law that will delight anyone interested in the countryside. With so many agricultural practices being currently reviewed from an environmental and economic perspective, old books on farming and allied arts have a new currency.

The collection is particularly strong in books from the 16th to 18th centuries, covering the transition from an era when it was considered dubious to attempt to improve on God’s Creation to the advent of the Age of Reason, with its huge rise in literacy, invention, experimentation, and applied rationality. Represented in the collection are works by such greats as Gervase Markham, Leonard Mascall and Jethro Tull, and demonstrates how each generation of authors built on the work of previous generations.

As well as obvious subjects connected with farming and animal husbandry, such as breeding of livestock, improvements in land use, crops, developments in agricultural technology, veterinary practices and recipes, there are many other niche subjects covered, from hunting and falconry, to brewing, cheese making, gardening, botany, bee keeping and dogs. Indeed, there is even a book about rat catching, written in 1768 the personal rat catcher to Princess Amelia, youngest daughter of George III.

Martin Henry Burtt was a well-known figure in the agricultural community, who began farming at York House, Glaisdale on the North York Moors in 1967, which is now run by one of his triplet sons. Fascinated by farming from childhood, he developed a keen and enquiring interest in the subject and was an innovative and far-thinking practitioner from his early days at York House. Indeed, he was the first to own a Charolais bull in the area and the first to bring in Texel sheep, both of which are now firmly established across Yorkshire farms. Burtt was heavily involved with the National Farmers’ Union for over fifty years, serving on numerous committees including the Dairy Board, the Wages Board and the Hill Farming Committee, which he chaired, and rising to become the Deputy National Chairman under Sir Ben Gill.

Burtt was well a well-known figure at auction houses and amongst the antiquarian book trade and took great pains to have his books and their bindings repaired or replaced sympathetically, thus preserving for posterity books that had been used by generations of agriculturalists. The provenances of the books, illustrated by bookplates in the collection, reflect the abiding interest in the subject by everyone from the aristocracy, such as the Earl of Ilchester, Earl Fitzwilliam, and Earl De La Warr to smallholders.

The Glaisdale Agricultural Library will be sold on Friday 30th September and available to view at Tennants on the 28th and 29th September. A fully illustrated catalogue is now available online at www.tennants.co.uk.