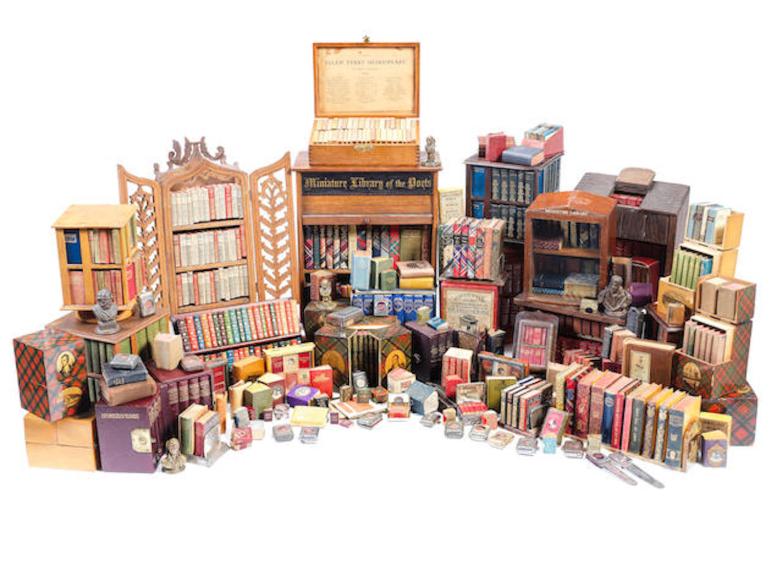 London - In the closing decades of the 19th century, David Bryce went from a relatively obscure publisher to a vastly successful entrepreneur almost overnight thanks entirely to the production of miniature books. Using the latest technology, he effectively created and then dominated the short-lived market for exact replicas in miniature of some of greatest titles in world literature; the works of Shakespeare, Burns, Walter Scott, several translations of the Bible, dictionaries in several languages including the best-selling The Smallest English Dictionary in the World and the Koran in Arabic. Copies of all these titles, including the very rare Koran printed entirely in gold, featured in the Bonhams Fine Books and Manuscripts Sale on November 9 and sold for £82,200/$98,000.

• An extensive archive of letters, photographs and research material assembled by P.N. Furbank for his critically acclaimed biography of his friend the novelist E.M. Forster. Sold for £31,800/$38,000

• A copy of the poems of William Shakespeare by William Morris's Kelmscott Press in a jewelled binding. One of only 500 copies printed, the book was bound by Sangorski & Sutcliffe in 1893. The binding is set with 40 jewels, including 8 agates, 16 garnets and 16 small blue stones. Sold for £40,620/$49,000

• The Seven Pillars of Wisdom, a Triumph by T.E. Lawrence, inscribed by the author. It was one of 170 complete copies of Lawrence's celebrated masterpiece. Sold for £40,620/$49,000