Rare Book School the Subject of a Fall Exhibition in NYC 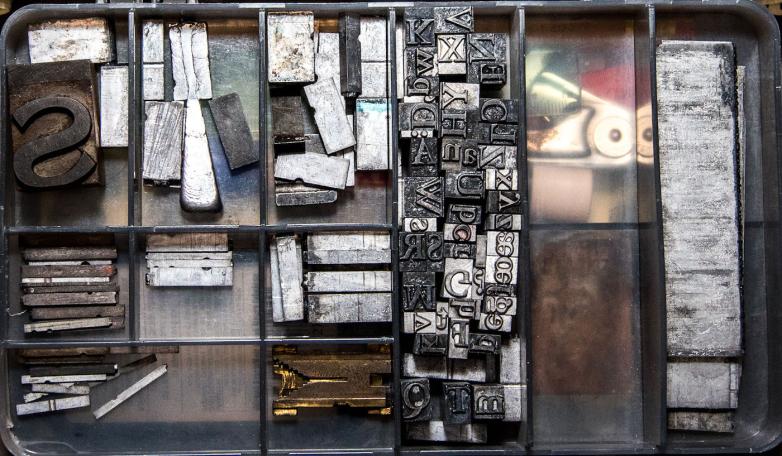 New York – This fall, the Grolier Club in New York City—America’s oldest and largest society for bibliophiles—presents a special exhibition that details how books have been produced throughout history and across various regions of the globe. Organized by the renowned Rare Book School at the University of Virginia and drawn from their unique collections, Building the Book from the Ancient World to the Present Day: Five Decades of Rare Book School & the Book Arts Press will be on view in the Grolier Club’s ground floor gallery from September 28 through December 23, 2022. The exhibition celebrates the international institute—founded by MacArthur Fellow Terry Belanger and currently directed by Michael F. Suarez, S.J.—that brings together leading curators, librarians, book historians, conservators, and collectors from around the world to teach and learn about books as physical objects.

Curated by Barbara Heritage (Associate Director & Curator of Collections, Rare Book School) and Ruth-Ellen St. Onge (Associate Curator & Special Collections Librarian, Rare Book School), Building the Book features more than 200 items that illustrate the changing forms of the book over more than two millennia. The exhibition is a deep dive into the materials, printing technologies, decorative finishes, and markings that make books, such as the substrates (or surfaces) that give books their physical forms, ranging from ancient cuneiform tablets and papyrus to the composite screens of e-readers of today; to printing type, plates, and woodblocks; and bookbindings that declare a book’s identity to the world.

“We have all been taught how to read books, but have we learned how to look at them closely? What can be gleaned from analyzing an original specimen of ancient papyrus, or by studying rubbings of a Chinese book engraved on stone, or by feeling the heft of a piece of beech once used in a European medieval bookbinding?,” said co-curator Barbara Heritage.

“The more we learn to look at books as objects, the more we understand how their material forms are expressive not only of their manufacture, but also of the myriad communities and social networks from which they emerge—whether an ancient Egyptian farm, an early modern Tibetan monastery, a nineteenth-century prairie schoolhouse, or a turn-of-the-millennium Canadian home with its own desktop computer,” said co-curator Ruth-Ellen St. Onge.

Among the oldest works on view in Building the Book are an Egyptian papyrus fragment (ca. 300 BCE) that features an agricultural account of wheat yields and harvest dates, and that was later reused for a literary narrative about a crime on the reverse side; and a Buddhist sūtra fragment from 9th-century Japan (810–824), featuring an elegant hand-copied script expressing the lesson that wisdom can be realized through emptiness. Much more recent is a Rocket E-Book (2000), one of the first portable e-readers, that had enough storage for 4,000 pages of text and allowed users to annotate and mark their favorite passages.

Other works on view show the diversity of materials used for making books, such as an 18th-century Russian reindeer skin, tanned and diced for bookbinding, that was salvaged in 1973 from a 1786 Danish shipwreck in Plymouth Sound. A deluxe miniature almanac, created in Vienna in 1777 and measuring only 2.75 inches by 1 inch, is concealed within a carved wooden case shaped and painted to resemble a Viennese bread roll. Madonna’s controversial 1992 photobook Sex, which features metal covers, a spiral binding, and printed silver Mylar packaging that emulates a condom wrapper.

Also on display in the exhibition are the electrotype printing plates for Lola Ridge’s experimental Modernist work of poetry, The Ghetto and Other Poems (1918), which describes the lives of Jewish immigrants on the Lower East Side. Edits can be seen on the plates, where the original text was chiseled out of the copper shell and new electrotyped text was soldered in its place. An example of the power of print is shown in the book I Saw the Fall of the Philippines (1943), Filipino soldier and journalist Carlos P. Romulo’s firsthand account of the Japanese invasion of his country in 1941 and 1942, written shortly after he arrived in the United States. The U.S. Office of Censorship wanted content removed on twenty-four pages of Romulo’s book, but their request arrived too late to re-set the book before publishing. Heavy black printed lines obscure references to ongoing military activities in the region, as well as past acts of brutality committed by the American military during the Philippine-American War.