“Oath of a Freeman” Forgery Acquired for the Grolier Club 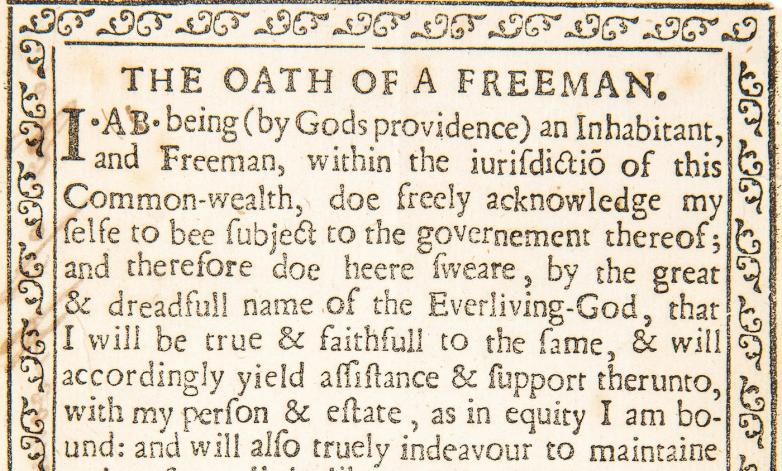 The infamous forgery sold for $52,500 at Heritage Auctions on June 9.

New York — The Grolier Club of New York is pleased to announce that the “Oath of a Freeman,” long considered one of the most notorious printing forgeries of all time, has been acquired by Kenneth W. Rendell and Shirley McNerney Rendell for donation to the Grolier Club. It will become a centerpiece of their Collection on the Detection of Forged Handwriting, which the Rendells are giving to the Grolier Club.

The “Oath of a Freeman” was an important civil and cultural document, as it represented the transition of the “oath-takers” to citizens in the Massachusetts Bay Colony. It is important historically, since it is, or would have been, the unique copy of the first English document printed in America. 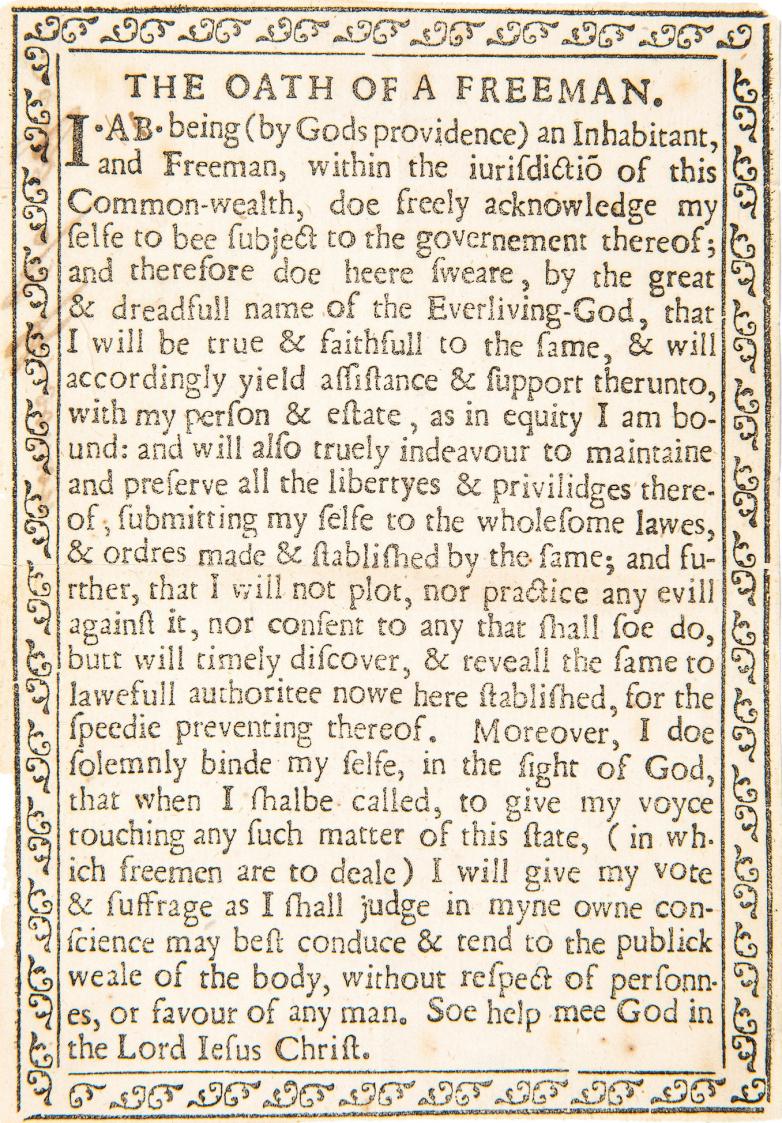 The notoriety of this forgery is that it represents the work of Mark Hofmann, known as the “Mormon forger and bomber,” who is now serving a life sentence in Utah. Hofmann was not only clever at forging, he was also clever at creating provenances for his forgeries. The “Oath” is an example of both.

Hofmann surreptitiously placed his completed forgery in the bin of a New York City bookseller, after forging their price on the back. He then “found” it, bought it, and received a receipt for “Oath of a Freeman.”

Every conceivable scientific test was performed to verify its authenticity. The Library of Congress was considering paying $1.5 million for it and the American Antiquarian Society was willing to offer $250,000 for it. The truth came out when homicide detectives in Utah, who were pursuing the Mormon murders and forgeries, discovered the printing plate that Hofmann had made for “The Oath of a Freeman.”

The original “Oath of a Freeman,” printed in 1638 or 1639 by Stephen Daye in Cambridge, Massachusetts, was known only by a second printing a decade later. Hofmann, famed for his forgeries of handwriting, proved he was also adept at printing, and brazen at both.

The Rendell Collection on the Detection of Forged Handwriting already contains the largest number of Hofmann’s manuscript forgeries, as well as other, less famous printing forgeries. “The Oath of a Freeman” will be its most notorious printing forgery.

Thanks to this collection, the Grolier Club will have the most comprehensive archive in the world on forgeries and will make it available to scholars, researchers, collectors, and Club members.