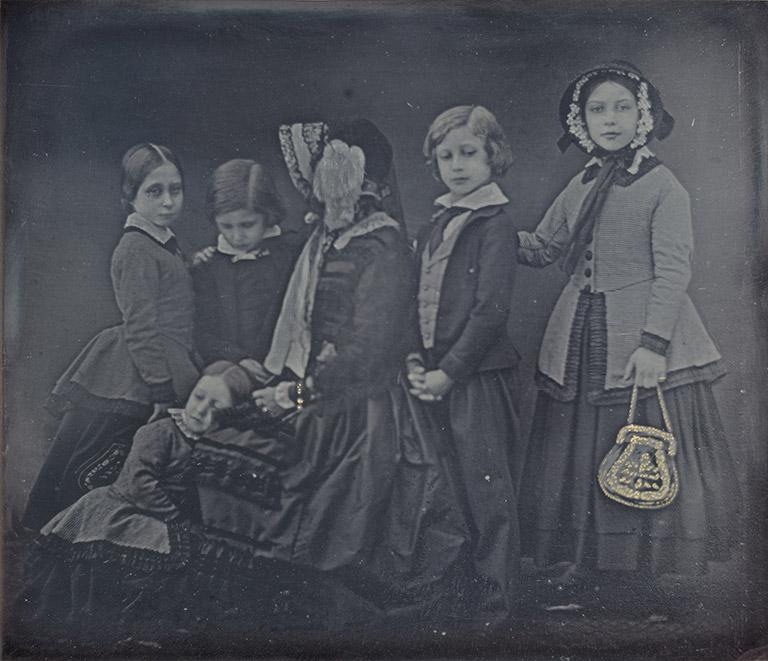 Washington, DC — When photography was introduced to the world in 1839, society and culture were poised to undergo profound change. In the 180 years since the French invention of the daguerreotype and the rival British photogenic drawing, the medium has undoubtedly created new ways of seeing, experiencing, and understanding the world. The Eye of the Sun: Nineteenth-Century Photographs from the National Gallery of Art explores the range of subjects that photographers embraced during the medium's first 50 years through a selection of some 140 photographs from the Gallery's rich holdings of 19th-century photographs, one of the finest collections in America. On view in the West Building of the National Gallery of Art from September 8 through December 1, 2019, the exhibition presents more than 80 recent acquisitions, many not previously on view, including a large group acquired from the collection of Charles Isaacs and Carol Nigro.

"Today photography is so omnipresent in our lives that it can be hard to imagine a world without it. This exhibition takes us back to the exciting nascent years following the birth of the medium, and the many ways that early practitioners explored its possibilities," said Kaywin Feldman, director, National Gallery of Art, Washington. "The Eye of the Sun is possible due to a series of recent strategic acquisitions of 19th-century photography, allowing us now to offer a deep view of work from this period."

The exhibition is made possible through the generous support of the Trellis Fund.

The exhibition is organized by the National Gallery of Art, Washington.

Exhibition Highlights
Photography's early use for portraiture and self-presentation is the focus of the first gallery of the exhibition, which opens with William Edward Kilburn's Queen Victoria and Children (1852). The daguerreotype is the second of two that Kilburn took of the Queen and family in the garden of Buckingham Palace in January 1852. Unhappy with her appearance in the first, she chose to pose in profile with a bonnet obscuring her face when she was photographed two days later. This section also presents a group of four photographs by Talbot, including the recently acquired Winter Trees, Reflected in a Pond (1841-1842) as well as a large selection of daguerreotypes by both French and American photographers such as Augustus Washington, one of the few known African American daguerreotypists.

A section on landscape photography includes three cloud studies—Cloud Study over the Pantheon, Paris (1856) by Charles Marville; Brig on the Water (1856) by Gustave Le Gray; and Sunset at Sea (1860s) by Colonel Henry Stuart Wortley—which illustrate early experiments in photography's ability to capture light and reflections. The section on the urban environment and industrialization examines the use of photography to document architectural and industrial innovations such as Hyacinthe César Delmaet and Louis-Émile Durandelle's Workers on Girders of Auditorium, New Paris Opera (c. 1867) and Philip Henry Delamotte's Steam Engine near the Grand Transept, Crystal Palace (1851).

Cameras enabled photographers to share the world with an accuracy of detail that had not previously been possible. A section on travel abroad includes photographs of extraordinary places, from John Murray's Taj Mahal from the East (c. 1858–1862) to Dunmore and Critcherson's The Arctic Regions: No. 36 (1869). Other photographs like Carleton Watkins's Piwyac, Vernal Fall, 300 Feet, Yosemite (1861) revealed the wonders of western America. Photographers also documented the realities and horrors of war. In addition to portraits of soldiers, such as Gayford & Speidel's image of an African American soldier, Christopher Anderson (1860s), the exhibition includes images of the war's aftermath: Alexander Gardner's A Sharpshooter's Last Sleep, Gettysburg, Pennsylvania, July 1863 (1863) and Andrew Joseph Russell's Stone Wall, Rear of Fredericksburg, with Rebel Dead (May 3, 1863).

The Eye of the Sun closes with examples by photographers who explored the artistic potential of the medium. Still-lifes like Roger Fenton's Fruit and Flowers (1860) and Henri-Victor Regnault's Nature Morte (c. 1852) are joined by nude studies such as Frank Chauvassaigne's Nude (c. 1856) and Guglielmo Marconi's Nude Study (1870s), and works by Victorian art photographers Julia Margaret Cameron, Oscar Gustaf Rejlander, Lewis Carroll, and Henry Peach Robinson. The exhibition concludes with an 1888 photograph of a fishbowl taken with the Kodak, the first snapshot camera, which brought photography to the masses.