Elton John’s "Your Song” a Hit at Bonhams 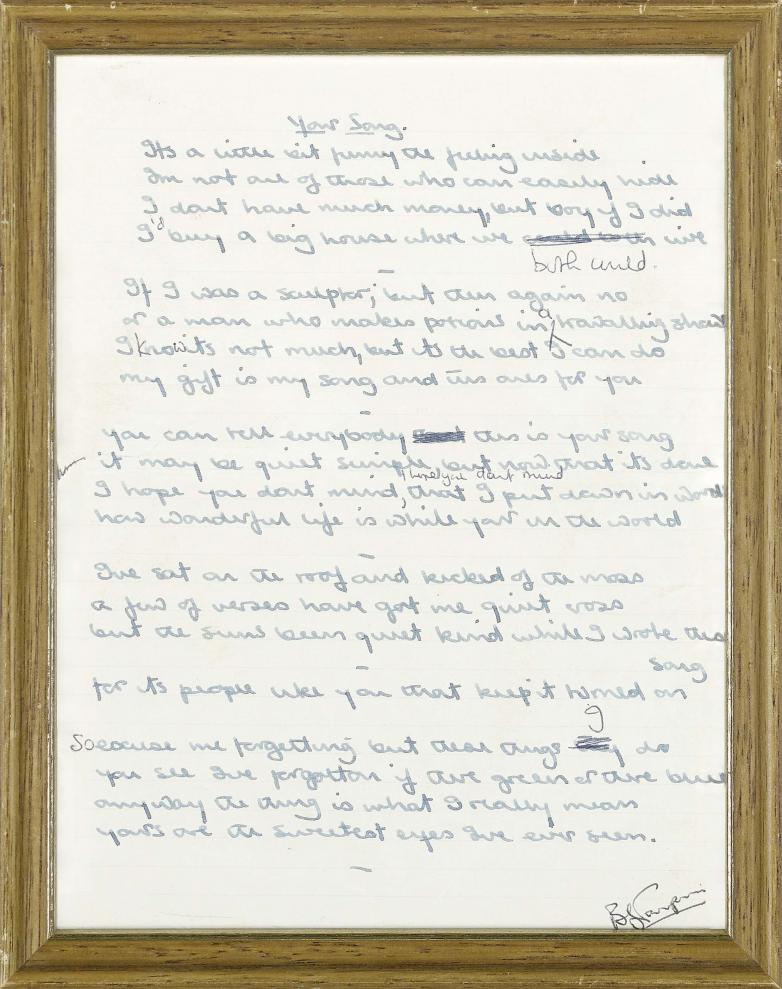 Los Angeles – The original handwritten lyrics to Elton John’s “Your Song” by Bernie Taupin sold at Bonhams sale of Music Memorabilia on December 9 for $237,575. This was Elton’s first monster hit, introducing audiences to his exciting new brand of piano pop, and it remains today one of his most identifiable and best-loved songs.

These are the original, first and only draft of the lyrics to “Your Song.” After Taupin handed the lyrics to John, the pianist took all of 10 minutes to come up with the haunting melody that accompanies Taupin’s paean to the inarticulateness of young love.

Other highlights in the sale included:

•    Original handwritten lyrics of Elton John's “Bennie and the Jets”, the third single from the Goodbye Yellow Brick Road album, sold for $87,575

•    Original lyrics to the early Elton John hit, “The Border Song,” with annotations by Elton John, a rare example of Bernie and Elton collaborating on lyrics, sold for $31,325