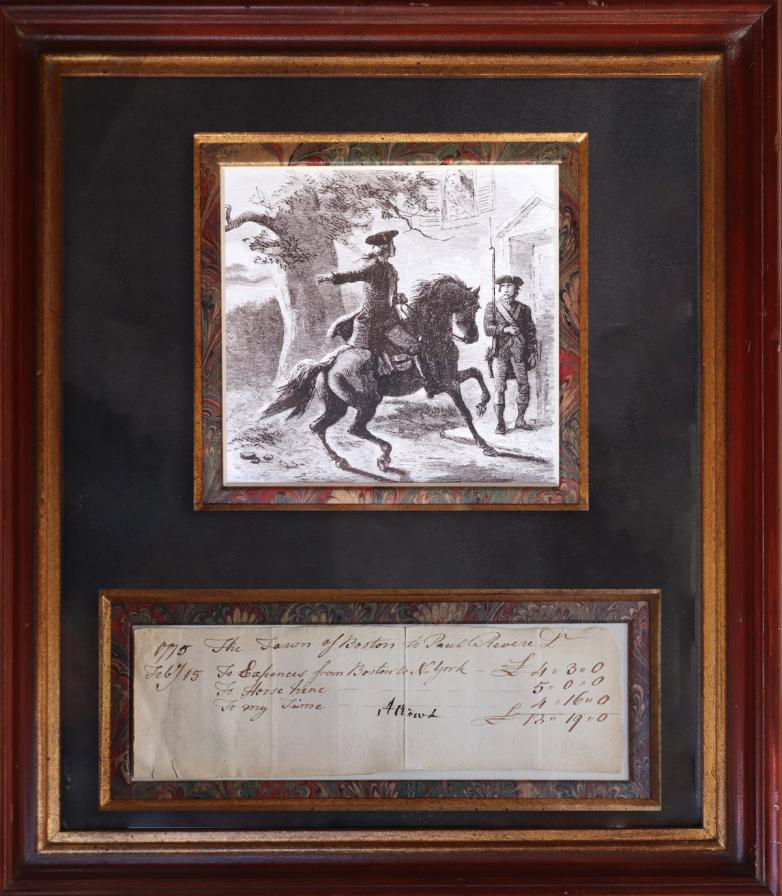 Los Angeles – A rare 1775 receipt signed by Paul Revere for his horseback ride from Boston to New York will be auctioned by Nate D. Sanders Auctions on July 30, 2020. The receipt is dated 15 February 1775 just two months before his Midnight Ride warning colonists that ''The British Are Coming'' before the Battle of Lexington & Concord. As official courier for the Boston Committee of Public Safety, Revere was tasked with riding from Boston to Philadelphia and New York, with historians documenting 18 such rides from December 1773 to November 1775. This was likely the last of the rides before the Revolutionary War began, and is only one of two receipts for the rides ever to appear at auction, with the other selling at Christie's for $140,000 in 2002. Composed entirely in the hand of Revere, the receipt documents expenses ''from Boston to N. York'' in the amount of 4 pounds, 3 shillings, and additional expenses for his Horse, and his time, all totaling 13 pounds, 19 shillings. Dated 15 February 1775 by Revere. Document measures 7.5'' x 2.25'', framed with an engraving of Revere on horseback to a size of 15.75'' x 18''. Uneven edges, clean vertical separation and light chipping at lower left edge. Overall very good plus condition with legible and strong handwriting. With Profiles in History COA.

Additional information on the receipt can be found at: https://natedsanders.com/LotDetail.aspx?inventoryid=58435.