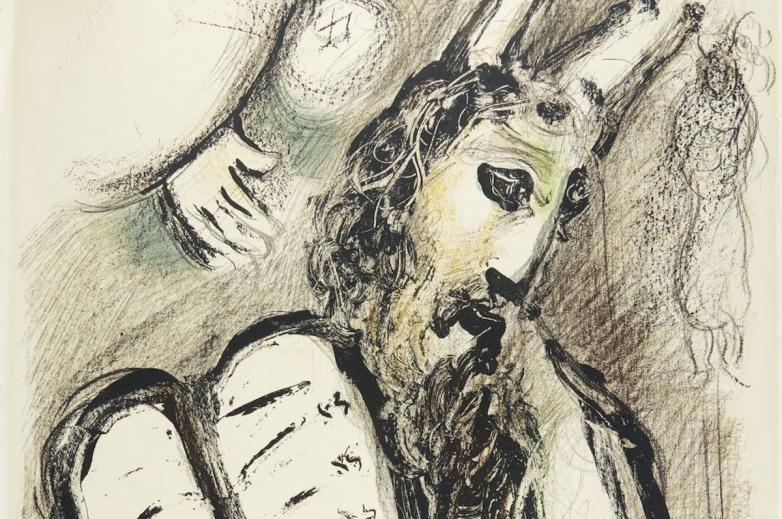 Marc Chagall's "Moses and the Tablets of the Law," offered at Kestenbaum & Company this week.

A rather quieter week in the salerooms coming up, but I'll be keeping an eye on three sales, all on Thursday, May 6:

Forum Auctions will sell 308 lots of Books and Works on Paper at Forum Auctions on 6 May. A second edition of John Foxe's Book of Martyrs (London, 1570) is estimated at £600–800. A watercolor landscape painting from around 1820 by John Varley the Elder could sell for £500–700. A sixty-eight-volume set of Samuel Johnson's Works of the English Poets (1779–81) rates the same estimate, as does the editio princeps of Photius of Constantinople, edited by David Hoeschel (Augsburg, 1601). This copy was in the collection of German literary scholar Joseph van Lassberg (1770–1855). A first edition of Sir John Suckling's Fragmenta Aurea (1646) is estimated at £400–600. 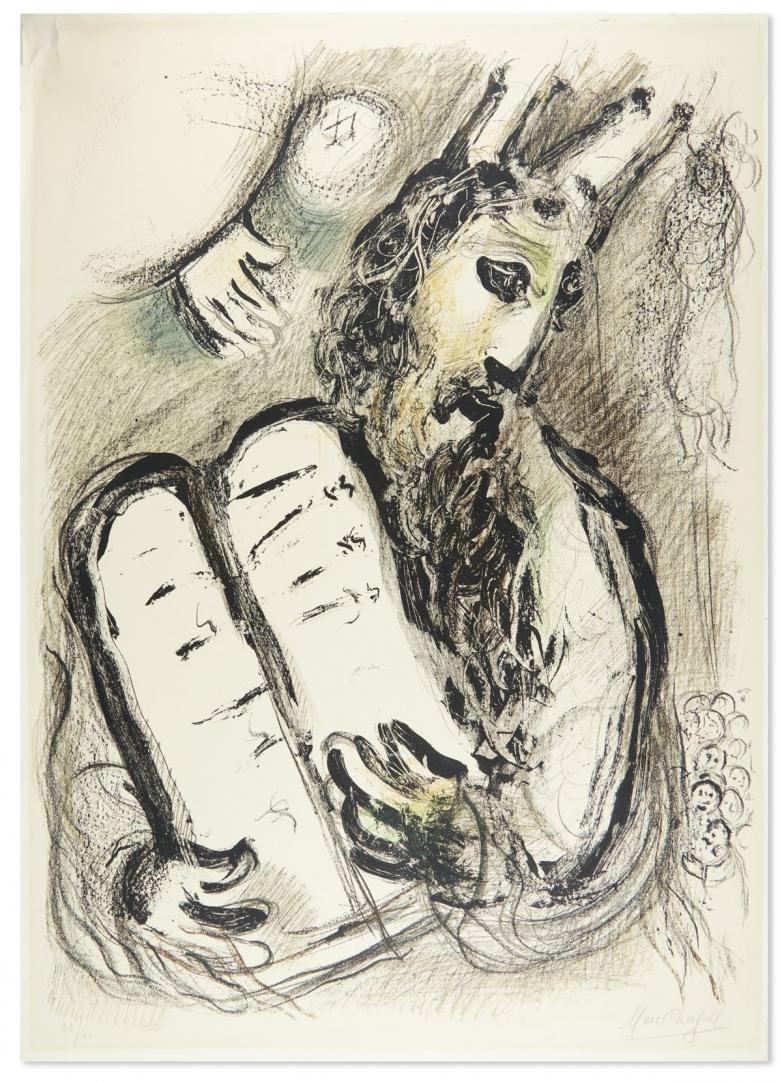 Kestenbaum & Company's K2 Judaica Sale: Rare Printed Books, Manuscripts, Autograph Letters, Graphic & Ceremonial Arts on Thursday includes 226 lots. Joseph Budko's Der Babylonische Talmud in Auswahl (Berlin, 1924), this one of five copies printed on vellum in a fine binding by O. Dorfner, is estimated at $40,000–50,000. A large nineteenth-century Torah scroll in a North African square Hebrew hand, sold with another in Iraqi square Hebrew hand, could fetch $5,000–10,000. A Marc Chagall lithograph, "Moses and the Tablets of the Law" (1963), this number 29 of 40 copies, is estimated at $7,000–9,000.

And even though the 442-lot Chiswick Auctions sale From the Curious to the Extraordinary does not include much in the way of printed matter, I can never resist having a browse through these catalogues, since they always contain fascinating things. Among them in this instance are a very large taxidermied gharial (an Asian crocodilian) from around 1890 (£8,000–12,000), an opalized wood fossil previously in the collections of the Museum of Curios in Cornwall (£5,000–8,000), and what is described as an "early pair of Queen Victoria's knickers" (£5,000–7,000). There is a very rare dodo bone, from the collections of the Viktor Wynd Museum of Curiosities, Fine Art & UnNatural History (£3,000–5,000). Also from Wynd's collection comes a bezoar, 5 centimeters in diameter (£600–800).