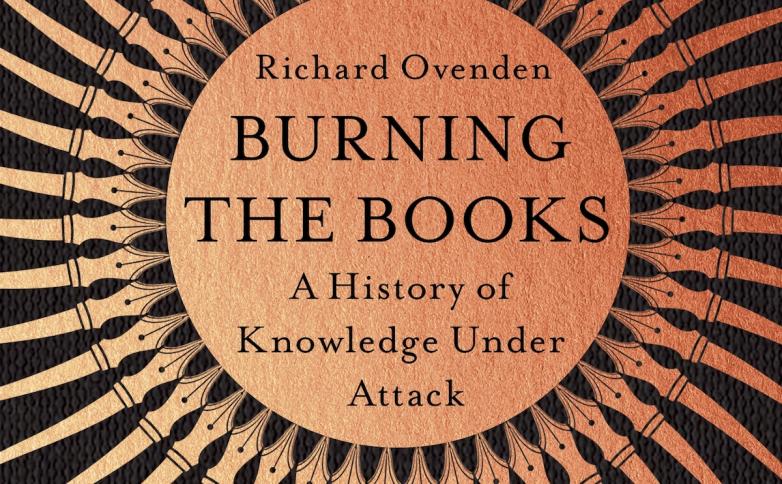 Courtesy of the Wolfson Foundation

London — The shortlist for the Wolfson History Prize 2021, the UK’s most prestigious history writing prize, has been announced today, celebrating the best historical non-fiction titles from the past year.

With discussions around historical legacy and context growing louder over the past twelve months, this year’s shortlist highlights the importance of careful analysis of our past. The six shortlisted titles showcase how key historical figures and events can help shape our understanding of the concerns and conflicts facing us today.

Topics featured in the shortlist include: an exploration of working motherhood; the child survivors of the Holocaust; the crucial role of Haitian Revolutionary leader, Toussaint Louverture; a history of the fight for the preservation of knowledge; the impact of warfare on human experience around the Atlantic in the early modern period; and the city of Ravenna, a beacon of creativity in Europe during the early Middle Ages.

The books shortlisted for the Wolfson History Prize 2021 are: 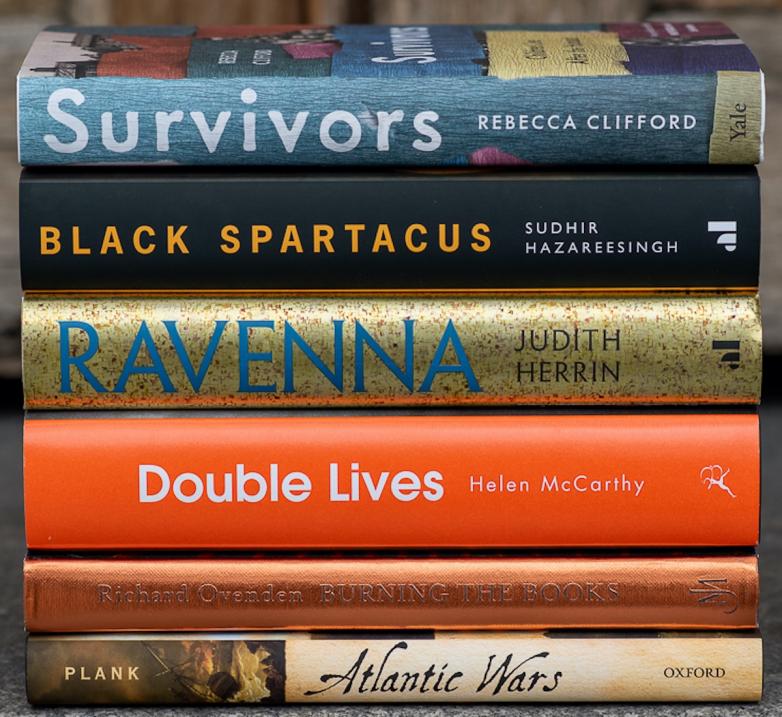 Courtesy of the Wolfson Foundation

Chair of the judges and President of the British Academy, David Cannadine, said of the shortlist: “This year’s shortlist shows us that, despite the unprecedented challenges of the past year, the diversity and quality of history writing in the UK continues to endure. As judges we were absorbed and impressed by these six books and the commitment of their authors to uncover some of the lesser-known narratives of the past. It is with great enthusiasm that we announce the shortlist for 2021.”

Paul Ramsbottom, Chief Executive of the Wolfson Foundation, which awards the Prize, commented: “The Wolfson Foundation has awarded the Wolfson History Prize for nearly fifty years but its mission – to champion the importance of high-quality, accessible history writing – is as critical now as it has ever been. This past year has revealed much about how history is valued (and contested) in today’s society and why it is vital for us to engage carefully and thoughtfully with the experiences of those who came before us. These six books offer the opportunity to hear often forgotten or neglected voices from the ancient world to the modern day.  The Wolfson History Prize serves as a reminder of the importance of historical research and writing to British society – a reminder that is as important as ever in these turbulent times.”

The 2021 shortlist reflects the incredible range of topics tackled by historical writing, with titles exploring the histories of important locations around the world appearing next to intimate studies of individual lives and groups that shed light on modern experiences.

Several of the shortlisted titles showcase how different forms of historical evidence can reveal new sides to accepted narratives, and why it is essential these materials should be protected. Survivors: Children’s Lives After the Holocaust by Rebecca Clifford follows the lives of one hundred Jewish children who survived the Holocaust, using oral testimonies to challenge assumptions about trauma and, in turn, helps us understand what it was like living after, and with, childhoods marked by rupture and loss. In Ravenna: Capital of Empire, Crucible of Europe, Judith Herrin draws on the latest archaeological and documentary discoveries to bring to life the early Middle Ages through the dazzling city and creative hub of Ravenna. As she traces the lives of Ravenna's rulers, chroniclers and inhabitants, Herrin shows how the city became the pivot between East and West, and the meeting place of different cultures. Black Spartacus: The Epic Life of Toussaint Louverture by Sudhir Hazareesingh draws on a wealth of archival material, much of it overlooked by previous biographers, to bring to life the story of leader and hero of the Haitian Revolution, Toussaint Louverture.

The relevance of history to today’s world is particularly emphasised by two of this year’s shortlisted titles. Double Lives: A History of Working Motherhood by Helen McCarthy comes amidst conversations around the Gender Pay Gap and the experience of working mothers during the coronavirus pandemic. McCarthy forces us not only to re-evaluate the past, but to ask anew how current attitudes towards mothers in the workplace have developed. In Burning the Books: A History of Knowledge Under Attack, Richard Ovenden, the 25th Bodley’s Librarian at the Bodleian Library in Oxford, explains how attacks on libraries and archives have been a feature of history since ancient times, but continue during the modern era. From Mesopotamian clay tablets trying to predict the future, to the Windrush Papers, Ovenden spans an epic 3,000 years to caution readers on the ongoing importance of preserving knowledge, as well as the challenges and opportunities presented by today’s digital world.

Atlantic Wars: From the Fifteenth Century to the Age of Revolution by Geoffrey Plank takes a comprehensive look at how warfare shaped human experience around the Atlantic from the late Middle Ages to the nineteenth century. An in-depth study that stretches from the Vikings in the north, slavery along the North American coastline and the Caribbean, to indigenous cultures on both sides of the Atlantic, Plank’s all-encompassing narrative of the ocean considers the global impact war has had on creating the world we know.

Judges’ Comments on the Wolfson History Prize 2021 Shortlist:
On Survivors: Children’s Lives after the Holocaust by Rebecca Clifford: “Original and engrossing, this book delicately unpicks the myth of post-war survivor silence and restores a voice to the children of the Holocaust.”

On Black Spartacus: The Epic Life of Toussaint Louverture by Sudhir Hazareesingh: “Erudite and elegant biography of a courageous leader which tells a gripping story with a message that resonates strongly in our own time.”

On Ravenna: Capital of Empire, Crucible of Europe by Judith Herrin: “An illuminating history of Europe from the 5th to 8th centuries as seen through the lens of an Italian city. This book is magisterial and fascinating.”

On Double Lives: A History of Working Motherhood by Helen McCarthy: “A stylish, lively account of the emotionally-charged issue of working mothers. Based on intensive research, it displays a deeply-felt respect for the subject’s significance.”

On Burning the Books: A History of Knowledge Under Attack by Richard Ovenden: “A call to arms to protect and preserve knowledge. A fine and moving book which ranges widely across time and acts as a reminder of the importance of libraries to our culture.”

On Atlantic Wars: From the Fifteenth Century to the Age of Revolution by Geoffrey Plank: “A sobering and compelling study of Atlantic warfare which take pains to incorporate indigenous perspectives.”

The Wolfson History Prize 2021 shortlisted authors will discuss their books and historical writing in a special edition of BBC Radio 3’s Free Thinking, with details to follow at a later date. The shortlisted authors will also discuss their writing at an inaugural Wolfson History Prize event at Hay Festival on Wednesday 2nd June at 1pm, with further details to follow.