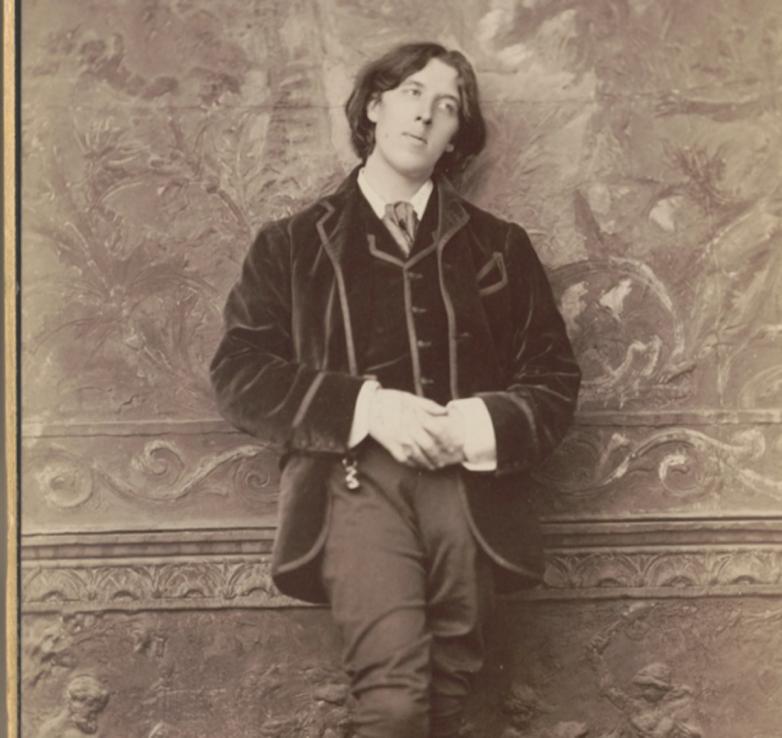 Notre Dame, IN — The Snite Museum of Art at the University of Notre Dame has added to its impressive collection of over 10,000 photographs with the addition of a cabinet card portrait of the writer Oscar Wilde taken by Napoleon Sarony.

David Acton, Curator of Photographs at the Snite Museum, states, "In the latter half of the nineteenth century, Napoleon Sarony was regarded as the leading photographic portraitist in New York. From his studio in Union Square, he also produced fashionable celebrity photographs, mostly in the small, collectible carte-de-visite format. Sarony photographed virtually every star of the New York stage during the 1860s through the 1890s, his work helping to create and perpetuate his subjects’ fame.”

In 1882, at age twenty-six, Oscar Wilde arrived in New York. He had just published his first volume of poetry and had recently enjoyed acclaim in London social circles for his epicene character and sharp wit. To promote his career in the US, Wilde signed with agent Richard D’Oyly Carte, who was also the producer of the Gilbert and Sullivan comic opera Patience; or Bunthorne’s Bride. Wilde embarked on a lecture tour in association with the opera, a work that tells the story of the rivalry between two poets—Bunthorne and Grovesnor—for the attention of female admirers. The opera satirizes the English aesthetic movement in literature and art, and the pretension of all stylish fads. Appearing on stage dressed in knee-breeches and pumps, Wilde both celebrated and poked gentle fun at aesthetic movement poetry and Pre-Raphaelite art with his trademark witty self-deprecation.

Before the tour, Wilde visited Sarony’s studio to pose for a series of publicity photographs, of which the Snite Museum’s photograph became one of the most famous. They were sold at tour stops, at Sarony’s, and other fashionable photography studios, and exported to Britain. After a successful New York engagement, Wilde toured the American continent, presenting 141 lectures over eleven months. Although his style and subject invited ridicule, his effortless ability to humiliate attackers with sharp wit delighted audiences.

“The Museum’s collection of nineteenth-century photography ranks as among the finest in the United States, and this acquisition will make an important contribution, individually and collectively,” stated Joseph Antenucci Becherer, PhD, Director of the Snite Museum of Art. “As we work towards an important volume and exhibition on this aspect of our collection, this particular image will surely resonate visually and historically with scholars and museum-going audiences alike.”