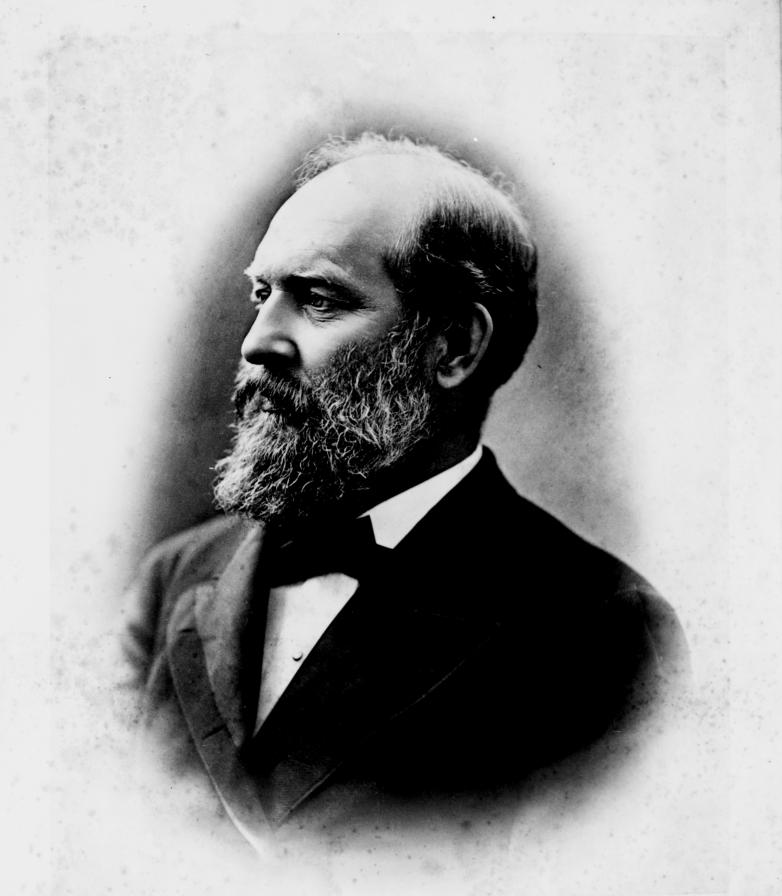 An 1881 photograph of President James A. Garfield by Edward Bierstadt.

The papers of President James A. Garfield, who was assassinated in the first year of his short presidency, have been digitized and are now available online for the first time from the Library of Congress.

The Garfield collection includes approximately 80,000 items, mostly dating from 1850 to 1881. The collection is online at: loc.gov/collections/james-a-garfield-papers/about-this-collection.

Garfield’s papers include correspondence, diaries, speeches, records of his Civil War military service, legal records, genealogical material, college notebooks, tributes, scrapbooks and other materials relating to Garfield’s life, career and death. Subjects in the collection include Ohio and national politics, the disputed election of 1876, tariffs and national finance, Garfield’s family life, as well as details of the shooting of President Garfield at a Washington, D.C., train station, his medical care and the national drama surrounding his death.

Garfield was shot on July 2, 1881, by Charles Guiteau, a mentally disturbed office seeker convinced that Garfield’s death would provide him with a plum diplomatic post. The president’s health would deteriorate for 80 days due to rampant infection after the shooting, and he died on Sept. 19, 1881. The story of the shooting and medical disaster that ensued is detailed here in an upcoming story in the Library of Congress Magazine.

Highlights of the Garfield papers include:

•    A series of Garfield’s diaries that include entries from July 1850 in which he “resolved to make a mark on the world” and his final record of July 1, 1881, the day before he was shot;
•    Correspondence between Garfield and his wife Lucretia from 1853 to 1881, which documents their overcoming an initial lack of emotional intimacy before finding happiness in their marriage;
•    A press release issued by Dr. D. Willard Bliss after Garfield was shot, one of several medical updates that failed to convey the true state of the president’s health;
•    Garfield’s last letter to his mother on Aug. 11, 1881, in which he tried to reassure her of his recovery after being shot;
•    A letter by Charles J. Guiteau in which Garfield’s future assassin seeks the diplomatic post of “Austrian Mission” in anticipation of the future president’s election.

Following Garfield’s death, his widow, Lucretia Garfield, sought to keep a copy of everything printed about her husband. Clippings were compiled in scrapbooks labeled “Eighty Days,” the duration of the president’s survival after he was shot. The scrapbooks are now part of the Library’s collection.

The collection is among the papers of 23 U.S. presidents housed at the Library.

The digitization of the Garfield Papers reflects advancement toward a goal in the Library’s new user-centered strategic plan to expand access, making unique collections, experts and services available when, where and how users need them.