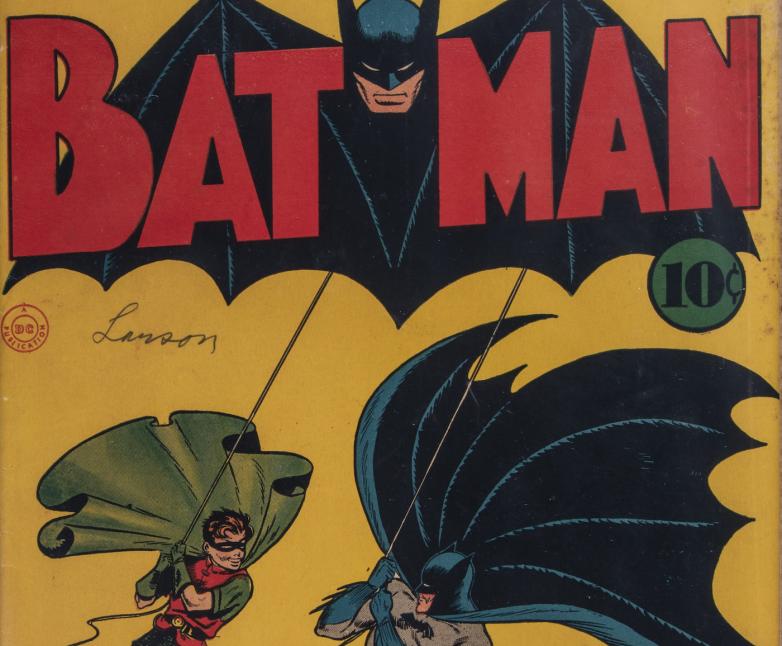 The bidding was topped by a $1.47 million price tag for a rare copy of Batman No. 1.

Runnemede, NJ – Comic books featuring superheroes including Batman, The Avengers, Superman, Thor and others smashed records at auction this weekend. The bidding was topped by a $1.47 million price tag for a rare copy of Batman #1, the first comic dedicated exclusively to The Dark Knight, and was an all-time record for the comic in its grade. The auction was hosted by Goldin, the leading marketplace for trading cards, collectibles and memorabilia and was the company’s first non-sports auction. In addition to the massive price paid for Batman, the auction boasted a copy of the 1962 Marvel "Amazing Fantasy" #15 comic featuring the first-ever appearance of Spider-Man, which sold for $707,000. It also included a comic featuring the first-ever appearance of Thor, which sold for $319,800, an all-time record for this comic in any grade.

“This is our first auction to solely focus on non-sports collectibles and we couldn’t be more excited with the results, as we blew past eight figures in sales right out of the gate,” said Goldin Executive Chairman and Founder Ken Goldin. “The interest in comic books, trading card games and video games has exploded into the mainstream in the last decade and the collector appetite is incredible. We’re also seeing the enthusiasm for superhero movies translating into surging popularity for comic books, which was reflected in our record-breaking Thor, Avengers and Superman sales. Our next non-sports auction will be in November so check your closets and your attics before then -- you might be sitting on a gold mine!”

Goldin has built a reputation as the trusted leader in trading cards, memorabilia and collectibles. So far this year, the company has already done over $260 million in sales. The auction was the company’s first to solely focus on collectibles beyond sports and featured 250 rare and valuable video games, comic books and trading card game items.