DALLAS - At The Earth’s Core, a 1974 masterpiece by Frank Frazetta, sold for $1,075,500 - setting a world auction record for the hugely popular artist -  in Heritage Auctions’ blockbuster $7.4+ million summer Comics & Comic Art Auction in Dallas. Records across the board shattered as bidders stepped up to own rare original cover art and a copy of Action Comics #1 for $956,000.

Collectors seeking high-grade comics found plenty to choose, such as the Mile High Pedigree copy of Startling Comics #49, 9.6 CGC. The classic cover of a robot kidnapping a damsel in distress vaporized its $50,000 pre-auction estimate to hammer for $101,575. An 8.5 CBCS-graded copy of Amazing Fantasy #15 - the first appearance of Spider-Man - sold for $77,675. The important book is signed by Spider-Man’s co-creator himself, Stan Lee. An exceptional copy of Batman #11, 9.4 CGC, ended at $65,725.

Want to get the up-to-the-minute updates and breaking news stories about Heritage Auctions? Get them as they happen at: HA.com/Twitter; Facebook: HA.com/Facebook. To view a complete archive of Heritage press releases go to: HA.com/PR. To link to this press release on your blog or Website: HA.com/PR-2987.

END_OF_DOCUMENT_TOKEN_TO_BE_REPLACED 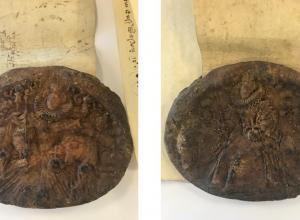