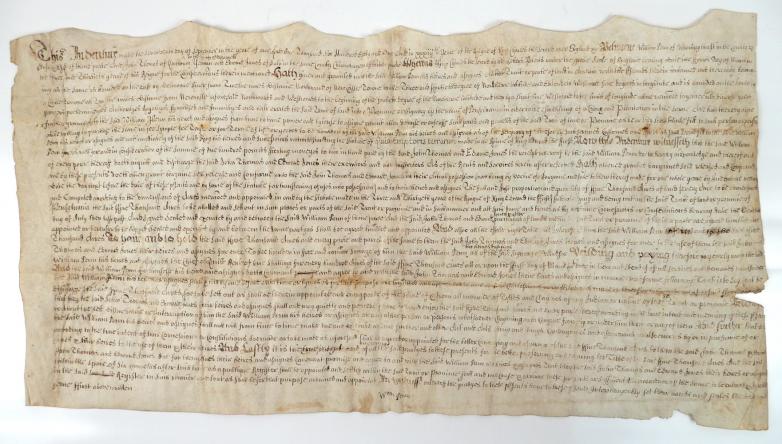 Southampton, PA — Stephenson’s Auctions, the Philadelphia area’s estate specialists, will close out the summer season with a 484-lot auction of antiques, decorative art and historical memorabilia on Friday, September 20. All forms of bidding will be available, including live via the Internet.

“We never know what we’ll find when we visit a residence in our region,” said Stephenson’s owner, Cindy Stephenson. “In Philadelphia houses we sometimes find collections of items that go back many generations, even to colonial days; and quite often local estates can produce items whose value is far more than what their owners might have thought. It still happens quite often, even in these days where everyone is familiar with Antiques Roadshow discoveries. Every closet, box, attic and basement has the potential of revealing something wonderful, which is why we always enjoy the house-call process.”

The first of several estates featured in the September 20 sale is that of a Philadelphia couple, both physicians and collectors of a variety of things, including silver. “The wife is British, and she and her late husband acquired a sizable amount of English silver, including George III flatware and a large Indo-Persian silver jardinière,” said Stephenson. The array of silver to be auctioned, almost 80 lots in all, includes additional consignments, such as a highly desirable Cristofle ‘Ma Maison’ silverplate flatware service for 12, estimate $2,000-$4,000; and a platter and large handled bowl, both of fine Mexican silver.

An attorney’s referral led to a house in Trenton, New Jersey, where some amazing family treasures were unearthed during a two-hour sort-through. “The homeowners had a distant relative in Ohio whom they never knew who obviously saved memorabilia that was important to him, including a grouping of 1920s ephemera pertaining to Notre Dame,” Stephenson said. Within the mini archive is a photograph of the Four Horsemen, the powerhouse backfield of the 1924 team coached by the legendary Knute Rockne. The 9 by 7-inch (mounted to board) photo is autographed by all four of the “Horsemen,” and the signatures have been JSA-authenticated. A game ticket and program from the 1927 Notre Dame vs USC game will be offered as one lot, while another lot contains a photograph and large assortment of memorabilia about Rockne, whose death in a 1931 airplane crash threw the nation into mourning.

From the same basement in Trenton came an unexpected quartet of jugates promoting FDR and John Nance Garner, who served as president and VP, respectively, from 1933-1941. The buttons in all four jugates are identical and say “Prosperity With Roosevelt Garner,” but there are two types of decorative ribbons: an American Flag, and red, white and blue bunting. The jugates are in outstanding condition and will be offered as one lot with a $1,000-$2,500 estimate.

Stephenson’s will also present family artworks passed down to the estate of sci-fi illustrator Davis Paul Meltzer (1929-2017). The son of acclaimed Philadelphia artists Arthur Meltzer (1893-1989) and Paulette van Roekens, Davis Meltzer inherited art and furniture from his parents. An excellent selection from those family holdings is entered in the September 20 sale. There are nine Arthur Meltzer oil paintings, including Time and Tide, a 1944 work that was displayed in Davis’ dining room. Estimate: $4,000-$6,000. Additionally, there are many pieces of Danish teak and other midcentury modern furniture.

Other estate highlights in the sale include a Rolex Datejust Oyster Perpetual stainless steel women’s wristwatch, $1,200-$2,500; and a Schirmer player grand piano with ebony finish in excellent, fully functional condition with bench.

Stephenson’s Sept. 20, 2019 Late Summer Antiques & Decorative Arts Auction will begin at 2 p.m. Eastern time. The inspection will be held on Thursday, Sept. 19 from 3-6 p.m., and on auction day from 12 noon till the start of the sale. For additional information on any lot in the sale, call Cindy Stephenson at 215-322-6182 or e-mail [email protected] Internet live bidding will be available through LiveAuctioneers, Invaluable or AuctionZip. Visit Stephenson’s Auctioneers online at www.stephensonsauction.com.