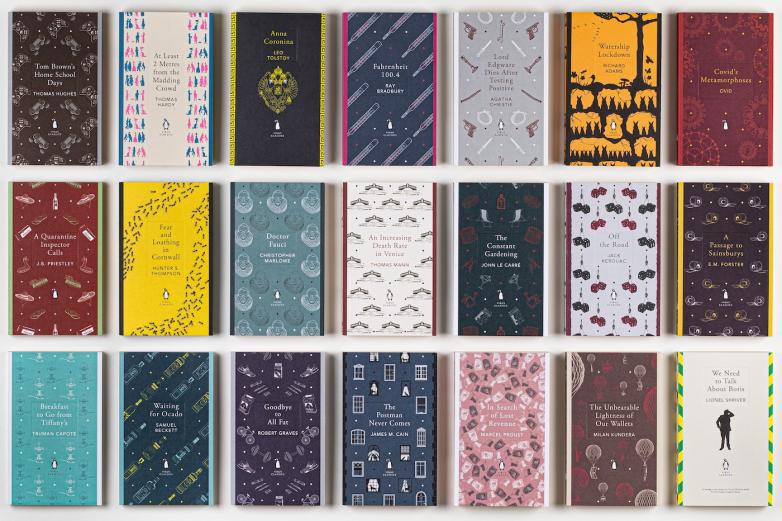 London — Fitzrovia Gallery, London, is delighted to announce a joint exhibition by the acclaimed British artists Liza Campbell and Jolyon Fenwick, to run from the 25th to the 31st of October. Entitled Life’s Too Short to Live in Black and White, the presentation is comprised of a new work by Campbell inspired by word play and the English language and three new series by Fenwick.

Campbell calls her new series ‘Textual Taxonomics’, and the work is largely centred around human flaws, including drug and alcohol addiction, as well as on feminism and its effect on relationships between woman and men. Her work takes the form of embroidered tapestries, each consisting of more than 360,000 stitches of silk thread on washed linen, collating series of words and phrases into categories and under titles of her own invention.

It is a new technique of verbal classification in which Campbell uses the intricately rendered panel of Caslon typeface letters, to produce a subtle mosaic of craft and colour. Her tapestries incorporate advertising slogans and linguistic cliches. Just the One (2021) is typical. In Campbell’s words, it lists, ‘the excuses people give to themselves and others to drink. We use alcohol to rejoice, mourn, commiserate, steady our nerves, and in some cases to celebrate the death of a hated monarch — as with ‘Little Gentleman in Black Velvet’ which refers to the codified to toast used by Jacobite’s to applaud the part played by a mole in the death of William III, who came to grief after his horse stumbled over a molehill.

Fenwick won praise for a body of work he published in 2017 to mark the anniversary of the Somme offensive, the most catastrophic engagements in the First World War. For these, he took photographs at the exact time and place of the battles 100 years on. When they were exhibited at the Sladmore Contemporary Gallery they were praised by Front Row presenter John Wilson as ‘incredibly beautiful’.

His work for this exhibition is formed of three series. Virus Classics (2021) is his playful response to the Covid-19 pandemic. For these, he had has taken 21 book classic books and changed the titles and introduced original artwork for the covers, for which he sought inspiration for the covers designed by Coralie Bickford-Smith for the Penguin English Library. Examples of the changed titles include Waiting for Ocado by Samuel Beckett, At Least Two Metres from Madding Crowd and Thomas Hardy’s Tom Brown’s Home School Days. Virus Classic is presented with all the book cover facing and a version on which only the spines are visible.

The second series, which is entitled, Compositions with Beetles & Butterflies, are created from a variety of insect species and which are arranged in patterns which with correspond with the titles. Examples include Lunch Guantanamo (2021), which features a formation of orange butterflies referencing the prison jumpsuits worn by inmates at Guantanamo Bay detention camp and The Big Wing (2021), in which dragonflies found in South East Asia mimic the RAF flight tactics from the Battle of Britain.

The third series is A Decline in Mental Health. Each sculpture involves a different configuration of glass marbles pinned to a board in patterns with, crucially, just a few marbles visibly fallen from these geometric configurations into mayhem at the bottom. Individual titles like Julian, Henry and Verity imply that more than an abstract image, these sculptures represent visually the hidden mental deterioration of the people behind the subversively colourful marbles.