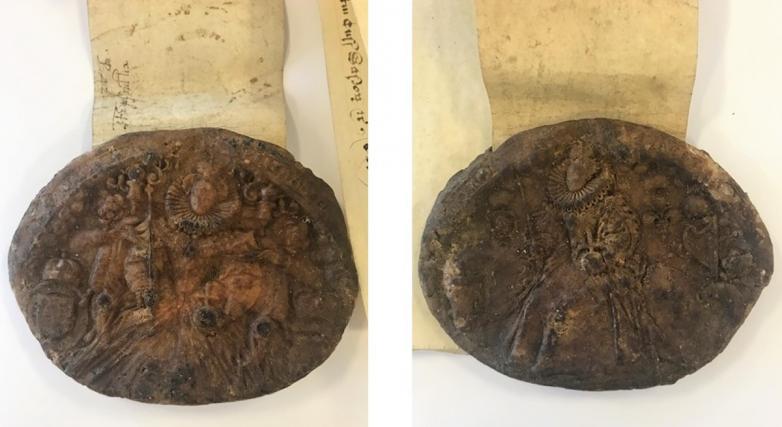 Leyburn, England -- The Chris Casson Collection of Early 20th Century Literature will be at the heart of Tennants Auctioneers’ Books, Maps and Ephemera Sale on 10th March. The collection has a particular focus on Modernist literature, and the expatriate writers who gathered in Paris in the 1920s. Following the upheavals brought about by the First World War, Modernist writers sought to reflect the rapid political and social changes by breaking literary conventions of the past, and to express their loss of innocence. Employing fragmentary storytelling, free-verse, and often stream of consciousness style writing, they created a new movement that would alter the course of literature in the western world.

The sale also features, from separate vendors, two lots of early wax Royal Seals. The first lot (estimate: £500-700) comprises an Elizabeth I Letters Patent dated 1600, with a pendant impression of the Second Great Seal which was designed by Nicholas Hilliard. Also included in the lot are two Elizabeth I indentures on vellum, a Charles II Grant of Arms by Sir Edward Bysshe of Clarenceaux to John Gonning of Bristol, 1662, and four further documents. The second lot comprises a James I Letters Patent, licence of alienation from Edmund Bawdwen to Thomas Ingilby, with pendant impression of the Royal Great Seal (estimate: £200-300).

Further highlights on offer include a small selection of works on Fly Fishing, such as Alfred Ronald’s The Fly-Fisher’s Entomology, with Directions for Making the Artificial Representation of Each Fly…, published in 1913 (estimate: £500-800). An interesting collection of ephemera including papercut silhouettes, greetings cards, a small commonplace book, and a peepshow viewer is offered with an estimate of £400-600. Most notably in the collection, however, are two ‘cobweb’ or ‘beehive’ moveable pictures in which an intricately cut picture is raised by pulling a string to create a cobwebbed dome revealing a picture underneath. One features a house for sale, that when raised reveals a mouse inside.

An illustrated catalogue will be available at www.tennants.co.uk leading up to the sale, and remote bidding is available.