Swann to Offer Curated Sale on the Artists of the WPA 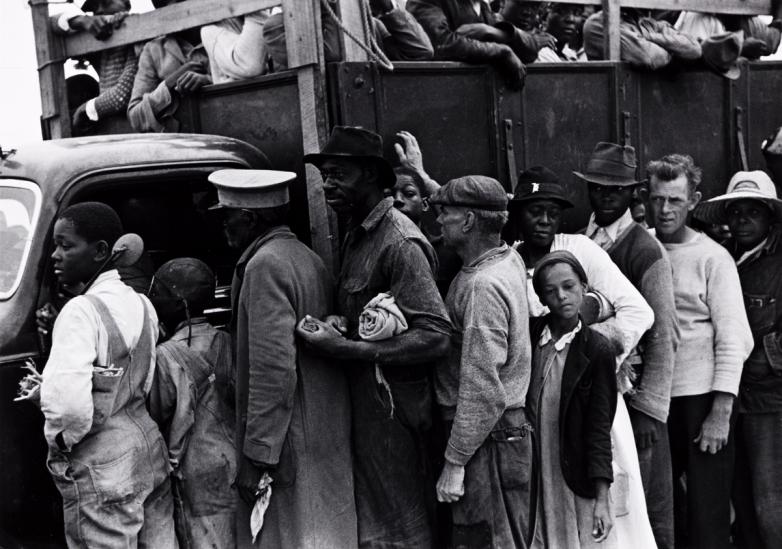 New York — On Thursday, February 4 Swann Galleries will offer the auction: The Artists of the WPA. The multi-departmental sale will feature paintings, prints, photographs, posters, books and related ephemera by artists whose careers were sustained by the Works Progress Administration. In the aftermath of the Great Depression, president Franklin D. Roosevelt’s New Deal and its related agencies represented an unprecedented investment in art and artists, setting the scene for the twentieth century’s art movements, and establishing the careers of diverse creatives, including women, Black artists, photographers, and muralists.

The sale includes a run of works that served as studies and preparations for murals. Highlights include: Louise Emerson Ronnebeck’s Singers, tempera and color pencils, circa 1937, a detail of what would have been the right panel for the mural in the Social Security Building in Washington, D.C. ($5,000-8,000); Edward Millman’s Fresco Detail, St. Louis, MO Post Office, tempera on Masonite, 1942 ($3,000-5,000); a 1937 charcoal and white chalk study Horseless Carriage, Study for Mural for James Daugherty’s mural at the Fairfield Court Housing Project in Stamford, CT ($2,000-3,000); and Dox Thrash’s Trapper with Coon Skin Cap (Ethan Allen Mural Study), tempera, watercolor and ink with pencil, 1939–40 ($2,000-3,000) are also present.

The Farm Security Administration employed a number of photographers to document the realities of the depression. Included are Dorothea Lange with Sugar beet lifter in older settler's field, which loosens beets and partially lifts them from ground, Near Ontario, Malheur County, Oregon, ferrotyped silver print, 1939 ($4,000-6,000), and Hoe Culture, Alabama Tenant Farmer near Anniston, silver print, 1936 ($4,000-6,000). Walker Evans is present with Country store near Moundville, Alabama, Summer, silver print, 1936, printed 1960s ($6,000-9,000). A select group of 38 vintage silver prints from 1937 to 1942 by John Vachon ($5,000-7,500), and a group of 30 production stills from Pare Lorentz’s 1938 film The River, a documentary film produced by the FSA ($8,000-12,000), make an impression out of the photography offering. Works by Arthur Rothstein, Ben Shahn, Bernice Abbott, and Marion Post Wolcott round out the selection.

Many artists were employed to create posters for the New Deal agencies. Vintage poster examples include a series of three designs by Lester Beall—one of the first designers commissioned by the U.S. government to help promote the Rural Electrification Administration. Beall’s It’s Fine For Us, 1939, A Better Home, 1941 ($10,000-15,000, each), and When I Think Back, 1939 ($8,000-12,000) are present. 1939 New York World’s Fair posters include those by Joseph Binder ($2,000-3,000), Albert Staehle ($800-1,200), and John Atherton ($700-1,000). Additional works of note include a run of Indian Court Federal Building designs by Louis B. Siegriest, images by Katherine Milhouse, and Faith In America / Champions of Democracy promoting democracy.

Limited previewing (by appointment only) will be available through February 3, to be scheduled directly with a specialist in advance and conforming to strict safety guidelines. Swann Galleries staff will prepare condition reports and provide additional photographs of material on request. Advance order bids can be placed with a specialist for the sale or on Swann’s website, and phone bidding will be available. Live online bidding platforms will be the Swann Galleries App, Invaluable, and Live Auctioneers. The complete catalogue and bidding information is available at www.swanngalleries.com and on the Swann Galleries App.