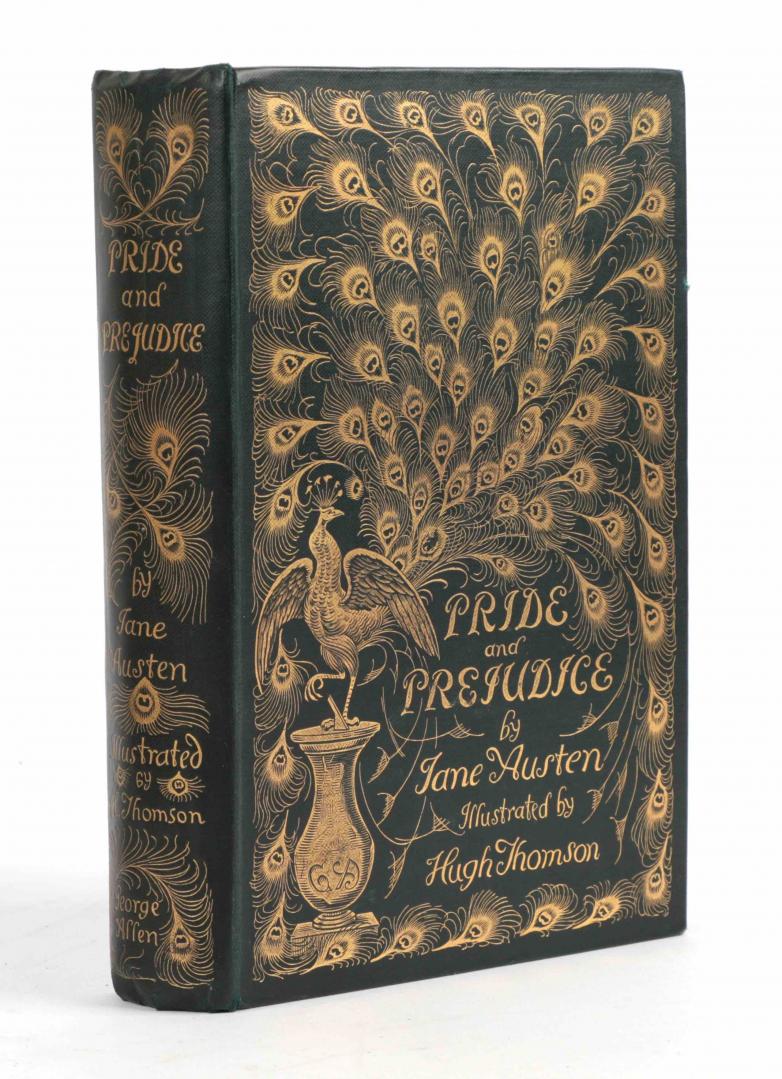 A copy of Jane Austen’s Pride and Prejudice, illustrated by Hugh Thomson and published by George Allen in 1894, sold for £1,200 plus buyer’s premium.

Maconochie was a prison reformer in the mid nineteenth century, and rather ahead of his time; he was ridiculed and largely ignored during his lifetime. He wanted to focus on rewarding prisoners for rehabilitation and good behavior. Not unsurprisingly, this clashed with the punishment ethos of the time. He was rediscovered during the mid to late 20th century, and his ideas became the basis for our modern penal system. The most significant publication in the volume was Maconochie’s Thoughts on Convict Management, Hobart Town, published in 1838, which is a very scarce publication.

Amongst a strong selection of topographical lots was a copy of the earliest town plan of London by Georg Braun and Franz Hogenberg, first published in Civitates Orbis Terrarum (the first printed collection of town maps) circa 1580. The hand coloured Londinium feracissimi Angliae Regni metropolis uses a viewpoint perhaps unique to maps; the city is shown tilted at a strange angle, disregarding perspective, allowing the major buildings to be shown. The map, which sold for (£3,800 plus buyer’s premium) was produced by the Hanseatic League, perhaps to woo Mary Tudor and secure rights and privileges for the merchants; indeed, the Steelyard headquarters of the league is described to the lower right corner of the map and the Royal Barge is given prominence on the Thames. This is a hugely significant source on early modern London and its development.

Turning away from British shores, of interest to collectors of Polar Exploration was E.P. Bayliss and J.S. Cumpston’s Handbook and Index to Accompany a Map of Antarctica, alongside said map and both published in 1939, which sold for £1,300 plus buyer’s premium. The handbook is rarely found complete with the map. This map was purchased directly from the Commonwealth of Australia Department of External Affairs in London on 7th October 1940 and is sold with an accompanying letter apologising for the delay in sending the map and handbook as they were awaiting fresh stock from Australia.