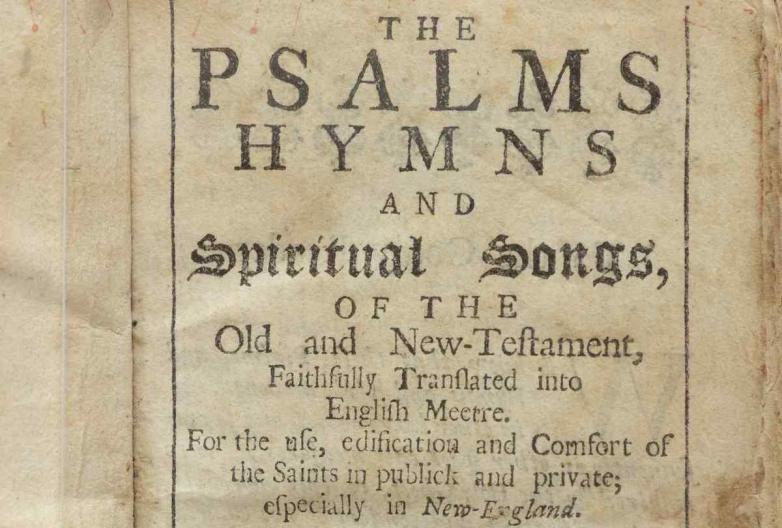 New York – Sotheby’s is pleased to present Highly Important Printed and Manuscript Americana as the capstone to our series of auctions dedicated to the collection of the late American businessman and philanthropist Ira A. Lipman and his wife Barbara K. Lipman. Offered across three live auction sessions on 13 and 14 April, the collection comprises over 500 primary records spanning more than 300 years of American history including letters, documents, books, broadsides, maps, atlases, pamphlets and newspapers. Featuring foundational figures of American history such as George Washington, Thomas Jefferson, Benjamin Franklin, Alexander Hamilton, Thomas Paine, and Abraham Lincoln among scores of others, the contents of the collection illuminate the events and moments that have defined the United States over the last four centuries, encompassing exploration and colonization, revolution, the establishment of a new nation, Civil War, abolition, emancipation, and much more.

Selby Kiffer, Sotheby’s International Senior Specialist, Books & Manuscript Department, commented: “A fierce patriot, Mr. Lipman deeply loved the United States. The materials he collected form a cohesive whole that tells the story of the United States from its earliest days as a colonial possession of various European powers through the triumph of the Allied victory in World War II. Ira Lipman liked nothing more than showing his collection to others, and I know he would be pleased that the historical treasures he cherished will become the building blocks of many other great collections.”

While the contents of Ira Lipman’s library were expansive and wide-ranging, his true passion was the Revolutionary War, and the heart of his collection focuses on the turbulent fifty years from the beginning of the French and Indian War in 1754,  to the Louisiana Purchase in 1803. With its emphasis on primary materials, the Lipman Collection shows American history as it happened, showcasing first and early printings of vital documents including the Stamp Act, the Boston Port Bill, the Declaration of the Causes and Necessity of Taking Up Arms, the Declaration of Independence, the Treaty of Paris, the Articles of Confederation, the Constitution, the Bill of Rights, the Emancipation Proclamation, and the Gettysburg Address. Similarly, a remarkable series of ephemeral pamphlets and broadsides document public—and congressional—reaction to crucial events including Bunker Hill, Lexington and Concord, the death of Alexander Hamilton in a duel with Aaron Burr, and the assassination of President Lincoln.

The full collection will be on public view by appointment in Sotheby’s York Avenue Galleries from 8 – 12 April.

Ira Lipman was born in Little Rock, Arkansas in 1940, to Philadelphia natives Belle and Mark Lipman. Ira founded Guardsmark as a privately held security services company in 1963 – known for its innovative security concepts and rigid standards of excellence, Guardsmark’s meteoric growth since its founding earned it the position of one of the world’s largest security service companies.

Equally a humanitarian, Lipman had an extensive history of involvement with various organizations that promote human and civil rights. Among many positions, he served as Chairman of two national non-profit organizations: The National Conference of Christians and Jews and the National Council on Crime and Delinquency. He was the first Chairman of the Ethics Committee of the United Way of America, and a member of the Council on Foreign Relations. Furthermore, Lipman served on the Simon Wiesenthal Center’s Board of Trustees for 38 years and in 2018 he received the Center’s highest honor, the Humanitarian Award, for his years of service and dedication to the global human rights organization.

At his core, Lipman had a steadfast belief in truth through independent journalism. In 1995, he endowed The John Chancellor Award for Excellence in Journalism, now at Columbia University, giving $25,000 annually (increased to $50,000 in 2016) to a reporter with courage and integrity. “It is named for John Chancellor because he is my hero,” Lipman said at the time. “He was my hero at age 16 in Little Rock and he is my hero today.”

John Chancellor, the NBC news correspondent, covered the 1957 desegregation of Central High School in Little Rock, Arkansas. Mr. Lipman was his source, a secret kept from 1957 until 1992, when Chancellor disclosed it to journalist David Halberstam, who reported it in his book The Fifties.

Ira married Barbara K. Lipman in 1970, and the couple had three sons.

HIGHLIGHTS FROM THE COLLECTION 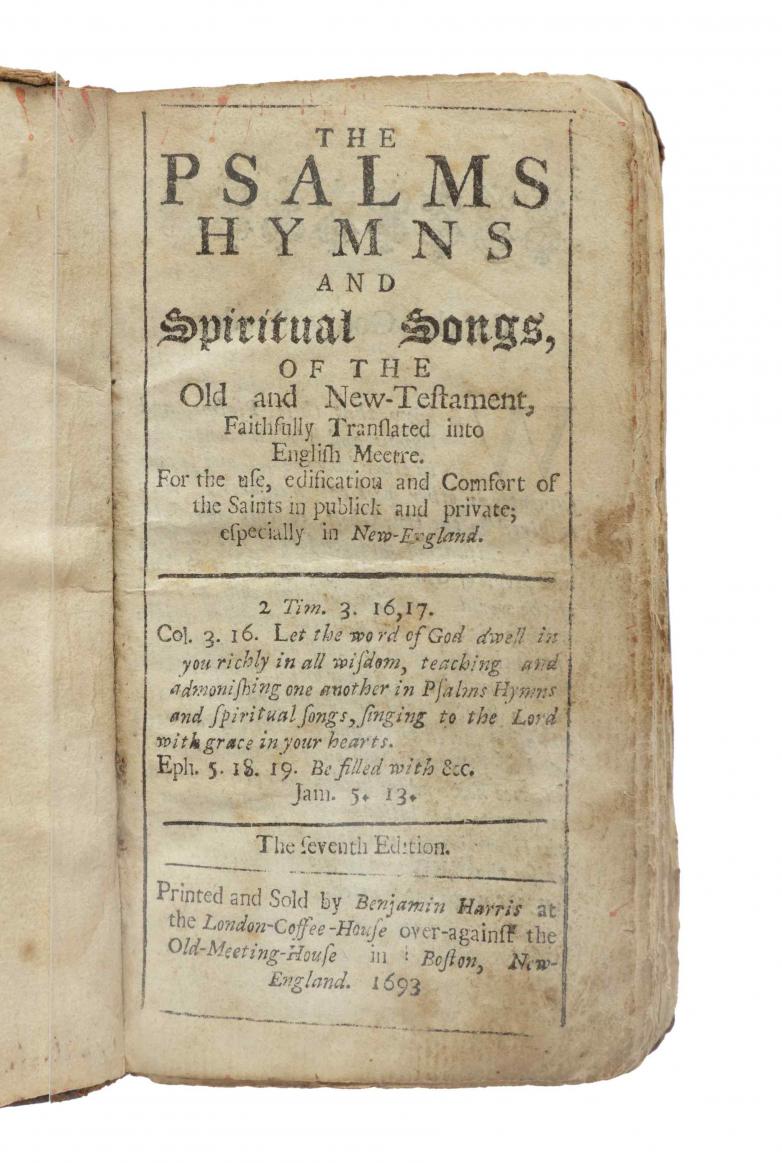 One of the most significant works from the Lipman Collection is a unique surviving copy of the earliest obtainable American edition of the Bay Psalm Book, the first book produced and printed in the British New World (estimate $300/500,000). Featuring the psalms hymns and spiritual songs of the Old and New-Testament, the present copy was printed in 1693 and was formerly in the library of Jonathan Corwin, one of the judges in the 1692 Salem witch trials, and his wife, Elizabeth.

The 1640 Cambridge, Massachusetts, Whole Booke of Psalmes, or Bay Psalm Book, was the first book printed in British America, the first book written in British America, and the first book printed in English in the New World. The Bay Psalm Book is a religious and cultural manifesto of the Puritan Fathers and a towering icon of the founding of the United States that was reprinted in both Great Britain and the British colonies well into the eighteenth century. In 2013, Sotheby's sold a copy of the 1640 edition from the Old South Church in Boston for $14.2 million —a world auction record for a printed book.

THE ROAD TO INDEPENDENCE & THE AMERICAN REVOLUTION

One of the top lots on offer is a first book-form printing of The Declaration of Independence, hurriedly appended to the pseudonymous Genuine Principles of the Ancient Saxon, or English Constitution just days after the Continental Congress adopted the Declaration (estimate $250/350,000). Printed on July 8, 1776, Bell’s edition is one of the rarest and earliest printings of the Declaration and while there are copies of Genuine Principles in a number of major libraries and historical societies, only three other copies have appeared at auction since the legendary Streeter sale in 1967.

The Lipman collection also includes two extremely rare critical works of American Independence penned by Thomas Paine, the official propagandist of the insurgent colonial government. His iconic anti-monarchical pamphlet Common Sense was published in early January 1776 and was instrumental in turning popular opinion in the American colonies in favor of complete independence from Great Britain. At the end of the same year, The American Crisis, one of the most influential polemics ever written, helped sustain the belief—among civilians and soldiers alike—that independence was both desirable and achievable (estimate $70/100,000).

A five-line document from March 1777 memorializes Alexander Hamilton’s appointment as Aide-de-Camp to General George Washington, one of the most significant associations in American history. It made possible the meteoric and momentous career of the most unlikely of the Founding Fathers (estimate $180/250,000). Utilized as a trusted advisor for important military and political missions, Hamilton remained on General Washington’s staff throughout the Revolution and later served as arguably the most influential member of President Washington’s cabinet. Without the position granted by this commission, Hamilton might never had the opportunity to fill his many other roles: congressman, founder of the Bank of New York, New York state assemblyman, member of the Constitutional Convention and the New York Ratifying Convention, essayist responsible for the majority of the Federalist Papers and all of the Pacificus Papers, first Secretary of the Treasury, founder of the New York Post, and a titanic force in the country’s first four presidential elections.

One of the earlier works from this period of the French and Indian War is George Washington’s journal from when he was a young major in the British Service (estimate $50/70,000). The entries date from 31 October 1753 to 16 January 1754 when Washington was tasked with writing intelligence reports recording his councils with the French forces on the Ohio and his contacts with the Indian peoples west of the Alleghenies. He undertook the mission by order of Governor Robert Dinwiddie of Virginia. The Journal was first printed in Williamsburg earlier in 1754, but this London edition of the same year is the first to include the important map.

The rare and justly celebrated Bloody Butchery broadside printed by the prolific Ezekiel Russell in Salem in April of 1775, is one of the most stirring and iconic broadsides produced in Revolutionary America (estimate $70/100,000). This record of the first fruits of “the shot heard ‘round the world” details the movements and casualties of the renowned battles at Lexington and Concord and calls local patriots to assistance. As a contemporary news account, the broadside is remarkably accurate, both in reporting troop strength and casualties suffered, and in recognizing the importance of the 19 April encounter, which the headline terms an “important event, on which, perhaps, may depend the future Freedom and Greatness of the Commonwealth of America.”

Quickly following the Declaration, on July 24, 1776, George Washington wrote to Nathaniel Woodhull, President of the New York Provincial Congress and General of the New York Militia, about preparations for the Battle of Long Island (estimate $40/60,000). Singed “Go: Washington”, the letter from the Commander-in-Chief of the Continental Army outlines his plans and requests for the first major battle after the adoption of the Declaration of Independence and the largest engagement of the entire Revolution.

The collection also includes several John Quincy Adams manuscripts detailing his battles against slavery and defending the right of enslaved persons to petition Congress (estimate $60/80,000). These materials include an April 1837 letter, written when the former President was serving his fourth term as a congressman from Massachusetts, which is one of his earliest public articulations of his ardent antislavery position. He undertook a solitary effort in the House of Representatives for the right of abolitionist organizations to present petitions to Congress and despite facing monumental Southern opposition, he endured vilification and even threats of censure, and in 1844 he saw the civil right of petition restored.

Rounding out the collection are a selection of historic flags and colonial maps including a manuscript map of Chesapeake Bay and the surrounding countryside (estimate $200/300,000), Made by a French military cartographer during the Franco-American siege of Yorktown that led to Cornwallis’s surrender, this map had remained in the family of the French commander Comte de Rochambeau until it was acquired by Mr. Lipman.