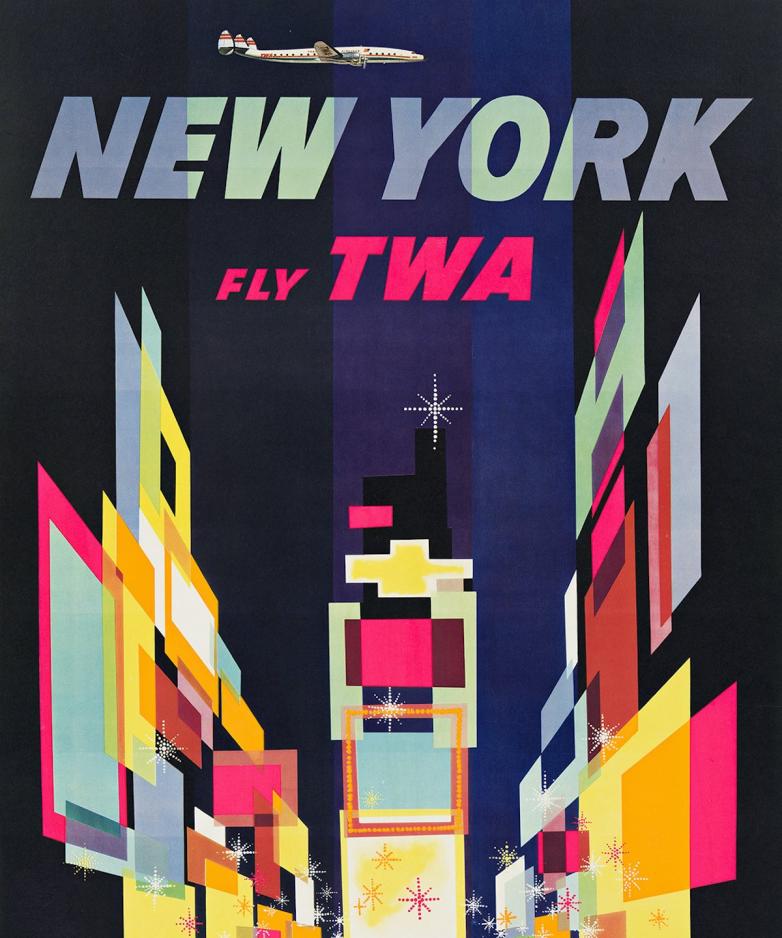 New York — “With over an over 80% sell through rate, and with 16 of the top 17 lots selling to collectors, Swann Galleries’s Thursday, October 15, Rare & Important Travel Poster auction definitively showed that the market, and specifically private collectors, has remained robust and competitive,” noted Nicholas D. Lowry, Swann president and specialist for the annual sale.

The auction delivered seven artists records, including the top lots of the sale. John Held, Jr.’s 1925 bird’s-eye view of Nantucket, which earned $21,250 over a $6,000 to $9,000 estimate; and Paul George Lawler’s ad for travel to Hawaii via San Francisco created for Pan Am airlines, which also brought $21,250. The midcentury modern design New York / Fly TWA, 1956, earned David Klein a new artist record at $12,500. Rare posters by Michael Rudolf Wening and Seaverns W. Hilton brought attention from collectors. Wening’s Siam / Beautiful Bangkok / The Jewel City of Asia, circa 1920s, earned a record at $9,375, and Hilton’s Lewis and Clark / Northern Pacific, 1920, at $6,250. Additional records were earned by Charles W. Holmes and Miles W. Sater.

The auction resulted in two discoveries with Frank Lemen’s previously unattributed circa-1952 design for Bermuda, which sold for $1,000, and the unsigned The Palisades of the Hudson / New York Central Lines, circa 1930s, which earned $5,750 and was attributed to Anthony Hansen after research found the image in the New York Central Line’s 1931 calendar with Hansen’s name attached.

“Some speculate that the inability for people to travel given the pandemic has raised the profile of Travel Posters in particular, but I believe that material of exceptional quality and rarity will always be eagerly competed for. And with over 13 world record prices achieved, it appears that the market bears that theory out,” concluded Lowry.