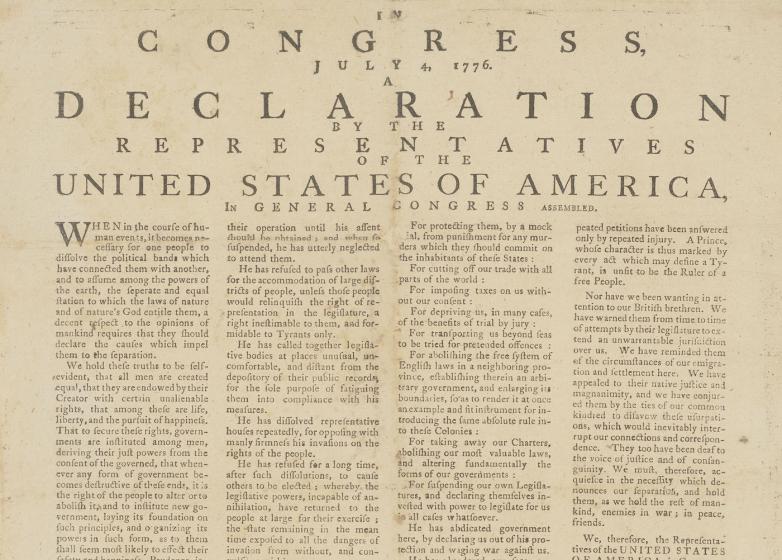 A rare, contemporary broadside edition of the Declaration of Independence printed in Massachusetts sold for $2.1 million.

Christina Geiger, Head of the Book Department said: “We feel profoundly honored to have handled these sales, which together comprise the most important auction of printed Americana in a generation. The enormous success is a resounding tribute to the late William Reese’s connoisseurship, and reflects the wide respect in which he was held by a vast community of curators, fellow rare book dealers, and collectors. His legacy will continue to inspire and energize this community for many decades to come.”