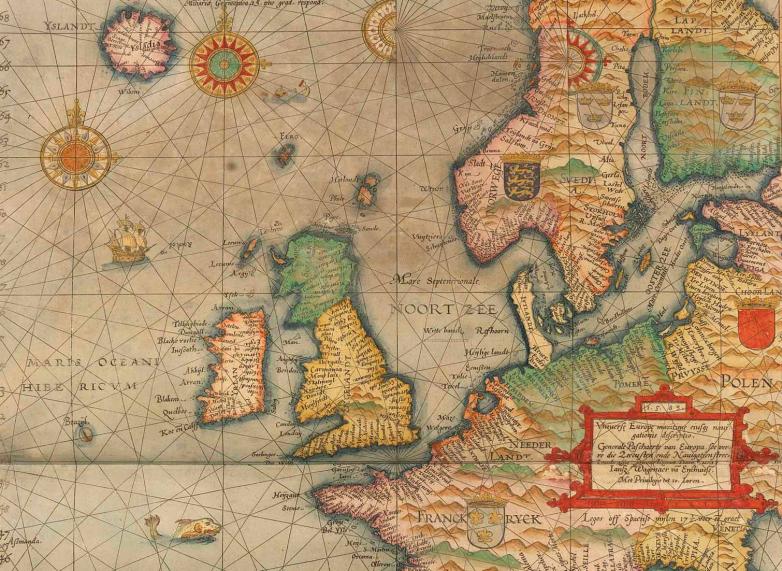 Hamburg, Germany — With total proceeds of around € 2 million*, the Rare Books Auction at Ketterer Kunst in Hamburg on November 30 did not only realize an excellent result but also got ahead of the great spring sales figures by around € 200,000*. In the Evening Sale alone 90% of the objects on offer changed owners with in many cases enormous increases. The star of the night was Lucas Janszoon Waghenaer's "Sea Atlas.”

Christoph Calaminus, auctioneer and head of the Rare Books Department in Hamburg, expresses his utter satisfaction: "It was a great auction with some excellent prices." He continues: "In times as demanding as these I am especially happy that we saw lively domestic and international participation despite the pandemic. Digital bidding options were well received. This was the first time that the number of online bids and the lot total were on par. Around 25% of all lots went to online bidders, while in many other cases the internet bids promted the final price." 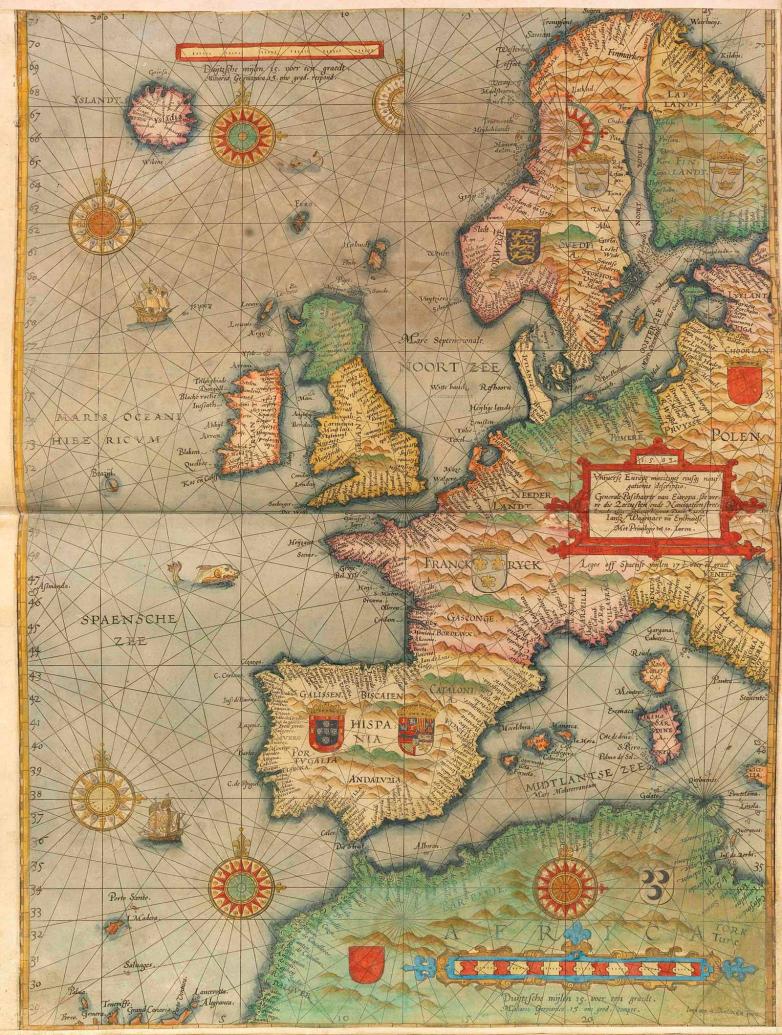 One of the sale's main attractions was a sea atlas that Lucas Janszoon Waghenaer had originally conceived as a navigation handbook. The 435 years old milestone of Western European cartography is especially captivating for its well-arranged sea maps in folio format, and was in particularly strong demand with bidders from Germany, France, Great Britain, the Netherlands and the U.S.A. Eventually an English bidder on the phone beat an extremely strong commission by a Northern German private collector and honored the first Latin edition of the rare book with a result of € 325,000*.

The Evening Sale saw its grand opening when the richly illuminated Latin and French Book of Hours (lot 1) for the use of Rouen was called up. The early work by the highly acclaimed Norman miniature painter Robert Boyvin was particularly popular with collectors from Italy, Holland, France, England and Germany. The hammer for the parchment manuscript eventually went down in favor of a US bidder who let the price soar to a total of € 57,500*, nearly a four-fold of its calling price. Thus standing his grounds against seven other phones, a small number - due to current hygiene regulations - of bidders present in the saleroom, as well as against numerous commissions and several online participants.

The sale went on likewise exciting when lot 2, the work "Distinictiones sacrae scripturae" was called up. The rare Latin parchment manuscript by the Franciscan Mauritius Hibernicus from around 1300 started at € 20,000 and caught the fancy of more than half a dozen bidders. Eventually a Swiss collector relegated his fellow countrymen and other competitors from France, Italy, the Netherlands and Germany to places second and beyond with a result of € 48,750*.

Just a little later the Biblia latina vulgata (lot 5), an extremely rare Latin bible manuscript from the 12th century, realized more than a ten-fold of its calling price of € 14,000. Highly contested by a large number of commissions and nine phones, a persistent book lover from France won the important contemporary document in an unusual hand-format for a result of € 143,750*.

The bidding frenzy kept rolling with lot number 8, the "Metamorphoses" by Ovidius Naso Publius. Along with high commissions and several online bidders, half a dozen phone bidders from Europe and the U.S.A. also entered the race. It was thus little surprising that the rare manuscript realized more than a ten-fold of its calling price of € 6,000. In the end an American bidder honored the elegant manuscript with a price of € 62,500*.

Italy will be the new home of Gustav Klimt's "Das Werk" (lot 287). The only monograph published during the artist's lifetime soon soared beyond its calling price of € 12,000. An Italian collector let it climb to € 47,500* and beat other phone competitors from England and the U.S.A.

Called up at € 19,000, an American book trader acquired a collection of 312 original watercolors by Pieter Joseph de Pannemaeker (lot 36) for € 43,750*. The splendid unique work is an impressive collection of drafts from the ownership of the Comte de Kerchove de Denterghem and was also popular with private collectors from Germany and England.

A German antiquarian book trader in the saleroom fought hard for Wassily Kandinsky's "Klänge" (lot 308). However, an English trader showed greater persistence and was willing to pay € 27,500* for this important expressionist book.