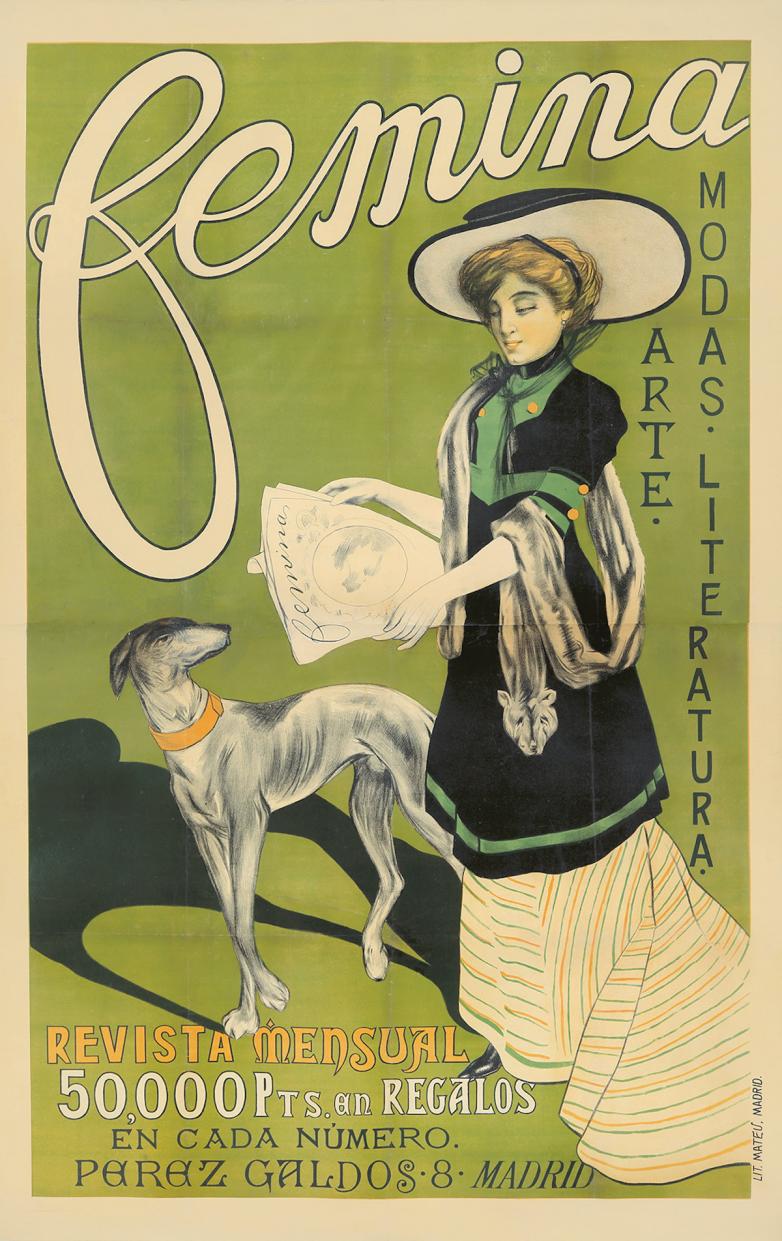 Jack Rennert, president of Poster Auctions International, Inc., said, “Despite the setbacks of a global pandemic, we are eager to continue our dedicated work with posters. Our 81st Rare Posters Auction will include not only the high-quality works that our collectors expect, but will also feature notable works that we have never had at auction before.”

The auction will kick off with a collection of posters from Spain, many of which are seen here for the first time. Largely from the Modernisme era, these designs herald the revival of Catalan culture and promote the democratization and integration of the arts, blending influences from Pre-Raphaelite painting, Japanese woodblock prints, and Belgian lithography. Highlights include Alejandro de Riquer’s 1900 The Four Seasons (est. $7,000-$9,000); Femina, by an anonymous artist (est. $4,000-$5,000); and Carlos Verger Fioretti’s 1911 Barcelona / Ciudad de Invierno (est. $4,000-$5,000).

Hand-painted posters from North Vietnam will also be available for the first time. These images, from the collection of Deborah Salter, express the struggles of the Vietnam War and hope for a better future. Artists responded to the sense of urgency by hand-painting—rather than printing—their posters for quicker dissemination to the vast rural population. Works of particular note include Thanh’s ca. 1960 All Working Together to Improve the Collective Economy (est. $2,500-$3,000) and Kho’s 1975 North and South We Are One (est. $3,000-$4,000).

Public viewings will be held daily from July 6-20. For more information and to download the digital catalogue, visit www.posterauctions.com. You may call the gallery at (212) 787-4000.

Jack Rennert, president of Rennert’s Gallery / PAI, is the world’s foremost authority on rare original poster art, and is the author of over a dozen books on the subject, including the catalogue raisonée for the “father” of modern French poster art, Leonetto Cappiello.