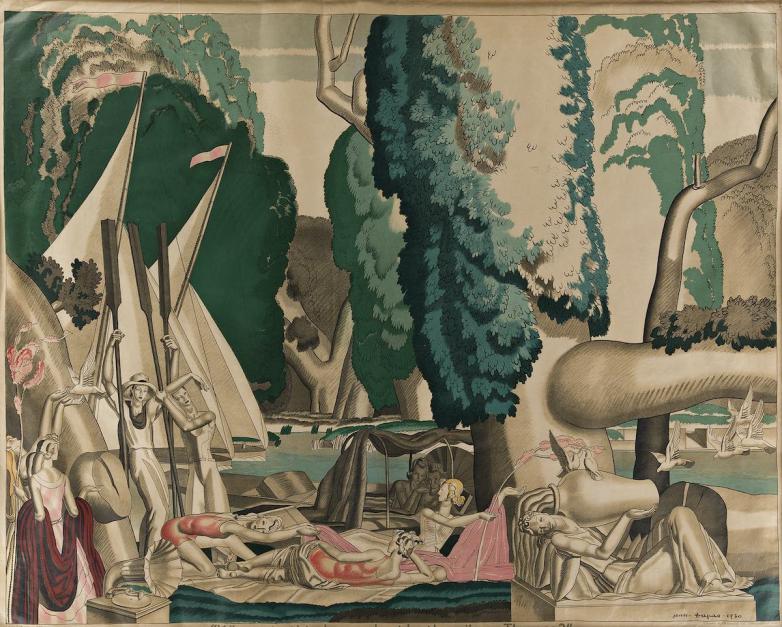 New York — Swann Galleries’ Thursday, October 15 sale of Rare & Important Travel Posters can be described as celebrating “America the Beautiful” as a vast segment of the sale features posters showcasing premier destinations around the country. Also on offer is a top selection of international images, from London to Latvia, Bangkok and beyond.

Limited previewing (by appointment only) will be available from October 12 through October 14, to be scheduled directly with the specialist in advance and conforming to strict safety guidelines. Swann Galleries staff will prepare condition reports and provide additional photographs of material on request. Advance order bids can be placed with the specialist for the sale or on Swann’s website, and phone bidding will be available. Live online bidding platforms will be the Swann Galleries App, Invaluable, and Live Auctioneers. The complete catalogue and bidding information is available at www.swanngalleries.com and on the Swann Galleries App.