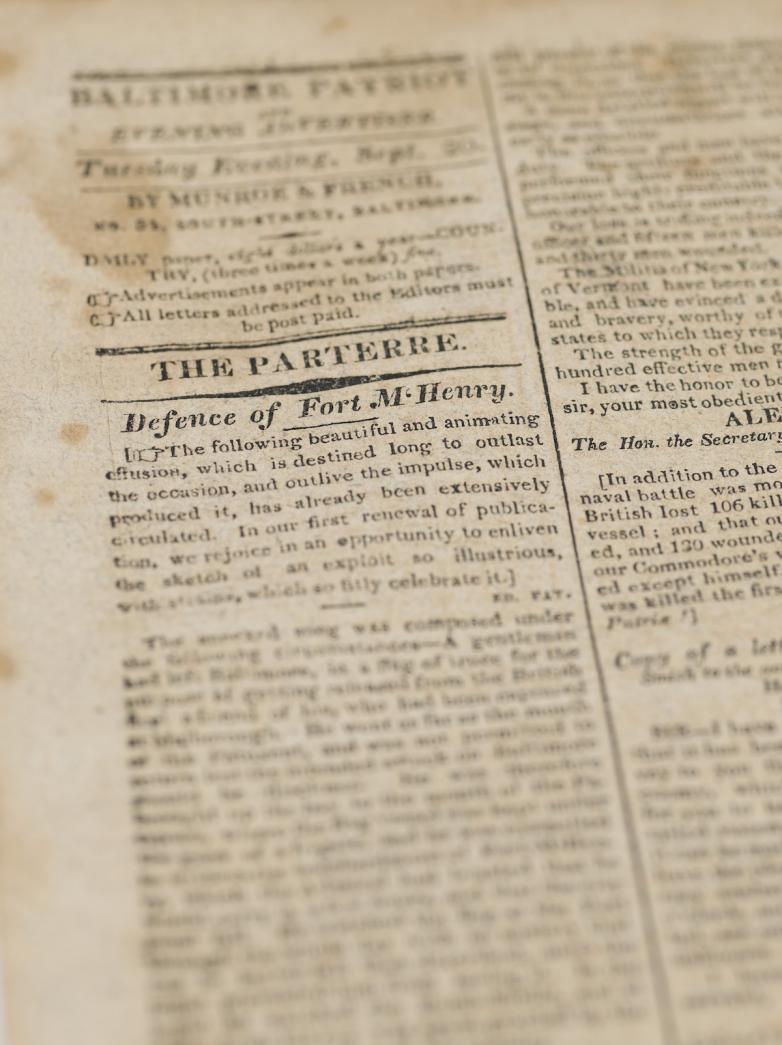 New York – Christie’s is pleased to report that the first dated printing of “The Star-Spangled Banner” achieved a total of $325,000 on Christie’s online sale platform. This rare newspaper printing was the first to appear at auction and was available for online bidding from June 2-18, 2020, as part of The Open Book: Fine Travel, Americana, Literature and History in Print and Manuscript auction during the Classic Week series of sales. The sale set a world auction record for a nineteenth-century newspaper.

Peter Klarnet, Senior Specialist, Books & Manuscripts remarks “This extremely rare issue of The Baltimore Patriot & Evening Advertiser is one of three copies confirmed in existence—two of which are held by the American Antiquarian Society. We’re thrilled with the result of the sale of this duplicate issue from the Society’s extensive holdings, especially knowing that the hammer proceeds will benefit their collections acquisitions fund critically important collecting mission.”

Founded in 1812 by printer Isaiah Thomas in Worcester, Massachusetts, The American Antiquarian Society is one of the oldest learned societies in the United States. Its primary mission is to collect, preserve, and make available material printed in what became the United States from the seventeenth century through 1876. In 2014, the Society was the recipient of the National Humanities Medal, "for safeguarding the American story. For more than two centuries, the Society has amassed an unparalleled collection of historic American documents, served as a research center for scholars and students alike, and connected generations of Americans to their cultural heritage.”