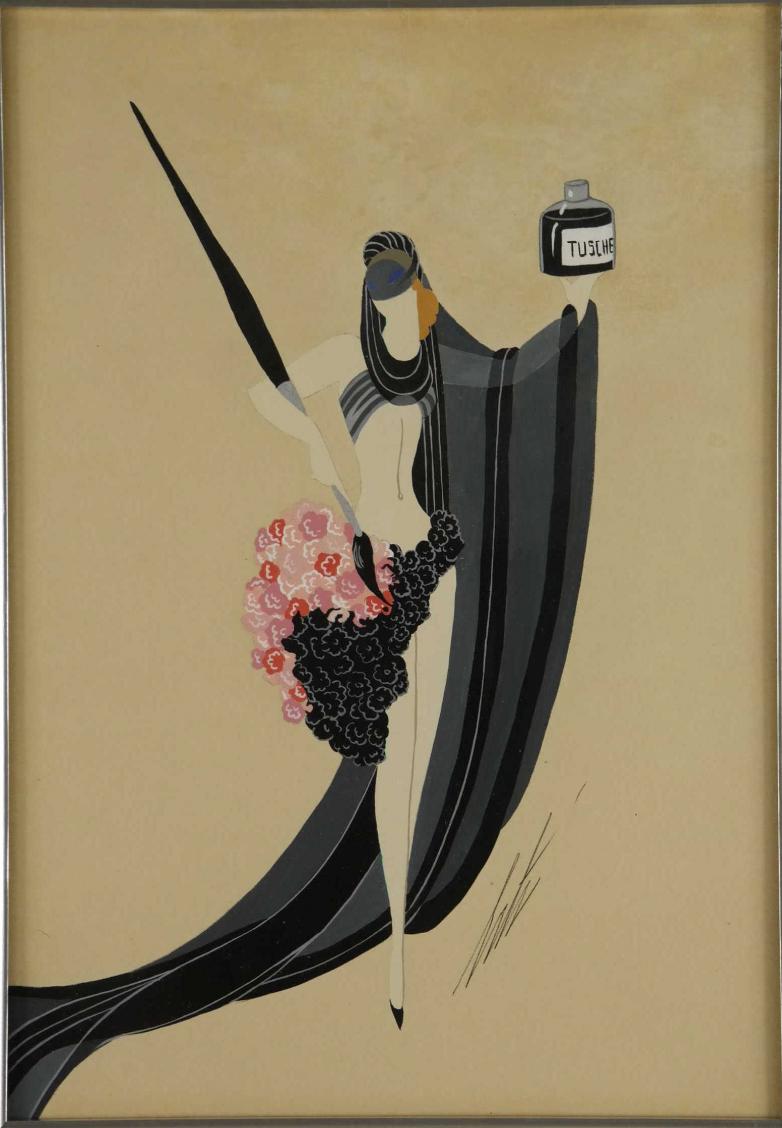 Falls Church, VA – On Thursday, May 14, Quinn's Auction Galleries will present a 188-lot Modern Prints, Posters and Photographs auction with absentee and Internet live bidding available through LiveAuctioneers and Invaluable. A strong selection of modern and contemporary American, European and Japanese prints will be offered, representing the work of widely collected international artists including Picasso and Matisse; and acclaimed artists from the DC metro area, such as Werner Drewes, Jack Perlmutter and Kathleen Spagnolo.

One of the sale’s top lots is by German Expressionist painter and printmaker Karl Schmidt-Rottluff (German, 1884-1976). The 1919 woodcut is titled Russische Landschaft mit Kreuzweg (Russian Landscape with Crosswalk), measures 15 3/8 inches square, and is pencil-signed. Its pre-auction estimate is $3,000-$5,000.

There are several notable works by women artists, including Marie Laurencin (French, 1883-1956) and Mary Cassatt (American, 1844-1926). Laurencin’s 1950 wood engraving in colors on Van Gelder paper titled Portrait of Femme en Rouge is artist-signed and numbered 18 from an edition of 100. Its auction estimate is $800-$1,200. Additionally, the graphic arts portion of the sale contains a large group of prints and posters published by Serigrafia, including the complete Alphabet Series.

A small but select grouping of early 20th-century costume designs stylishly enhances this section, as well. A lot consisting of two original, circa-1930 gouache illustrations by Erte [Romain de Tirtoff] (Russian/French, 1892-1990) will be offered with a $1,000-$2,000 estimate. From the album Le Bonheur du Jour, ou Les Graces a la Mode, a set of six Henri Reidel after George Barbier (French 1882-1932) hand-colored pochoirs is also poised for auction success. Estimate: $2,000-$3,000

Among the photographs in the auction are a number of portraits by premier artists of the medium, including Man Ray; and photo portraits in which roles are reversed and famous artists are the sitters, e.g., Cocteau, Leger, O'Keeffe, Calder, and others.

A selection of Esther Bubley's (American, 1921-1998) work is also featured. A prolific photographer of the mid 20th century, Bubley brought art to the commercial world through campaigns for LIFE Magazine, Pepsi-Cola International, and the Standard Oil Company. She was especially accomplished in her ability to capture ordinary people in candid, everyday activities. Her circa-1955 gelatin silver prints of beachgoers in Trinidad and Guatemalans toting heavy cargo were shot on assignment for Pepsi-Cola. Each comes with family provenance and is estimated at $800-$1,200.

Lots 36 through 43 represent the work of widely collected Washington, DC-area artist Werner Drewes (1899-1985). The varied selection includes eight prints, both abstract and figurative in style, and includes Christmas cards and a 1973 woodcut self-portrait. Estimates range from $200-300 up to $400-600.

Quinn’s Thursday, May 14 online-only auction is open for absentee bidding now, with live online bidding available on auction day through LiveAuctioneers or Invaluable. For additional information about any item in the sale, email Catherine Payling at catherine.payling@quinnsauction.com. Visit Quinn’s online at www.quinnsauction.com.