Peter Harrington is ‘Drawing a Line’ at Frieze Masters

London — Peter Harrington, the UK’s largest rare bookseller, this year celebrates its 50th anniversary, and is attending Frieze Masters for the second time, this October. This year its collection focuses on ‘Drawing a Line’.
As Adam Douglas of Peter Harrington says “In the past, we identified ourselves and our place in the world by drawing a line. We defined boundaries and our self, but at the risk of creating division. This Peter Harrington exhibition of printed books and related artworks investigates how those dividing lines have been drawn by writers and thinkers of the past. Most of the fiercest clashes over religion, nationality, race, class, gender, and civilization have been fought in the medium of print. Where one writer has drawn a line, another has questioned the need to do so.” 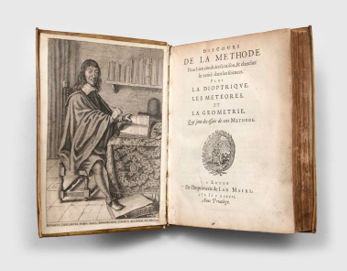 Some of the highlights which will be on show include:

•    Descartes’s famous argument for the distinct natures of mind and body in his Discours de la Methode (1637);

•    Mary Wollstonecraft’s groundbreaking feminist manifesto, demanding “justice for one-half of the human race” in A Vindication of the Rights of Woman (1792);

•    Captain Cook’s three voyages (published 1773-85), circling the globe and drawing a line around uncharted coastlines, with fatal consequences both for him and the civilizations he encountered;

•    Melville’s dramatization of the clash between humanity and nature in Moby Dick (1851);

•    Marx’s analysis of the inevitable class struggle between the proletariat and the bourgeoisie in Das Kapital (1867).

A printed catalogue will accompany the Peter Harrington exhibition and will be available shortly.

Frieze Masters takes place in Regent’s Park, London from Thursday 3rd October until Sunday 6th October and Peter Harrington will be on Stand B12.

Peter Harrington Rare Books is a member of the Antiquarian Booksellers’ Association and offers an ‘unconditional guarantee’ for each item it sells on its authenticity and completeness, as described.