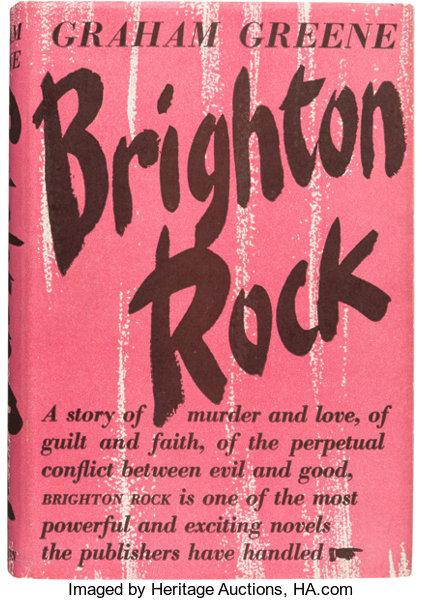 Dallas, TX – A group of 481 rare book lots from the personal collection of a giant in the New York literary community are expected to be among the top draws in Heritage Auctions’ Rare Books Auction Featuring the Otto Penzler Collection of Mystery Fiction Part II Sept. 5 in New York City.

The collection belongs to Otto Penzler, who has spent most of his life collecting prized first editions and opened the Mysterious Bookshop in Midtown Manhattan in 1979; the store became a can’t-miss destination for like-minded fiction fans and helped fuel Penzler’s passion for acquiring literature.

“Otto Penzler is an icon among American collectors of literature,” Heritage Auctions Rare Books Director James Gannon said. “His collection is a combination of quantity and quality that few can match. A main focus of this group is English mystery and crime fiction, and it features some exceedingly popular authors, like Agatha Christie, Charles Dickens and G.K. Chesterton.”

One of the top lots from Penzler’s collection is Graham Greene. Brighton Rock London: William Heinemann Ltd, 1938 (estimate: $40,000), a first edition so rare there is only one other copy known to have made it to the auction block, and that one had a restored jacket; to find a copy in this condition and with an unrestored jacket is almost unheard of. This copy is housed in custom green cloth chemise in green cloth slipcase with gilt-stamped green morocco spine labels. The novel effectively secured Greene’s place in 20th-century literature, was adapted multiple times for television and film, and appears on the Haycraft Queen Cornerstone list, which is billed as “the definitive library of mystery fiction.”

Also from the Penzler Collection is Wilkie Collins After Dark, 1856 (estimate: $10,000), a first-edition presentation copy that is inscribed, “To W.S. Herrick / from / Wilkie Collins / February 1856.” In two volumes, After Dark is Collins’ first collection of short stories, all but one of which were published in Charles Dickens’ Household Words before being collected in this work. Herrick not only is personalized in the inscription, but also is named by Collins in the preface: “I must also gratefully acknowledge an obligation of another kind to the accomplished Mr W. S. Herrick, to whom I am indebted for the curious and interesting facts on which the tales of 'The Terribly Strange Bed' and 'The Yellow Mask' are founded." Herrick, a portrait painter, left his ownership signature on the front free endpaper of the second volume.

The Mysterious Mr. Quin, by Agatha Christie, is a 1930 first edition of the author’s third short story collection, and the first appearance in book form of Harley Quin, Christie’s scarcest and most enigmatic detective. The volume is done in publisher’s full black cloth, with the front and spine stamped in red, housed in the original illustrated dust jacket.

Other top lots from Penzler’s collection include, but are not limited to:

James Joyce. Ulysses. Paris: Shakespeare and Company, 1922. First edition (estimate: $38,500) is an exceedingly rare first edition of the novel, based on Homer’s Odyssey, that takes place over the course of a single day in Dublin. This volume is from the first printing of the first edition, a run that was limited to just 1,000 copies (of which this is one of 750 copies of the trade edition). A classic of English-language literature, the book played a central role in the history of American publishing. It was initially censored in the United States after being deemed obscene, and copies that were discovered being brought into the country were seized and destroyed. A friend of the author began smuggling copies, but only one or two at a time. Shortly thereafter, Random House Publishing brought the book into the country with the intention of getting it seized in order to start a legal trial with the goal of getting the obscenity rating removed. The plan, which Random House took on in exchange for publishing rights, led to the book being named as the defendant in the “United States v. One Book Called Ulysses” case. The book was defended in court by attorney Morris Ernst, who later founded the American Civil Liberties Union (ACLU)

Arthur Rackham In Did Come the Strangest Figure (estimate: $15,000) is a 1934 image in pen, ink and watercolor by the English book illustrator who is recognized as one of the leading literary figures of the Golden Age of British book illustration. The 8-3/4-by-6-inch image, from The Pied Piper of Hamelin, is signed “Arthur Rackham” on the lower left. This is one of 50 lots in this auction from The Arthur Rackham Collection of Nita and Frank N. Manitzas; a wonderful grouping of both original paintings and drawings by Rackham, as well as excellent examples of most of Rackham’s signed limited editions in deluxe vellum bindings.

William Faulkner Go Down, Moses. And Other Stories. New York: Random House, [1942] (estimate: $12,500) is an incredibly rare and coveted first edition, signed by Faulkner on a special limitation page. This copy is No. 34 of just 100 printed, making it the smallest limitation of any Faulkner title.