Boston -- RR Auction will honor the Apollo 11 astronauts, their predecessors and those who made the historic mission possible, and their enduring legacy in manned spaceflight during its June 13-June 20 sale.

With over 500 lots highlighted by autographs, hardware, and flown artifacts, this auction brings to life the history of the space program.

Fifty years ago, on July 20, 1969, the Apollo 11 Lunar Module 'Eagle' touched down on the surface of the moon.  Astronaut Neil Armstrong descended the spacecraft's ladder and spoke his immortal words: 'That's one small step for a man, one giant leap for mankind.' Buzz Aldrin soon followed behind him, and the two became the first earthly beings to set foot upon another celestial body. 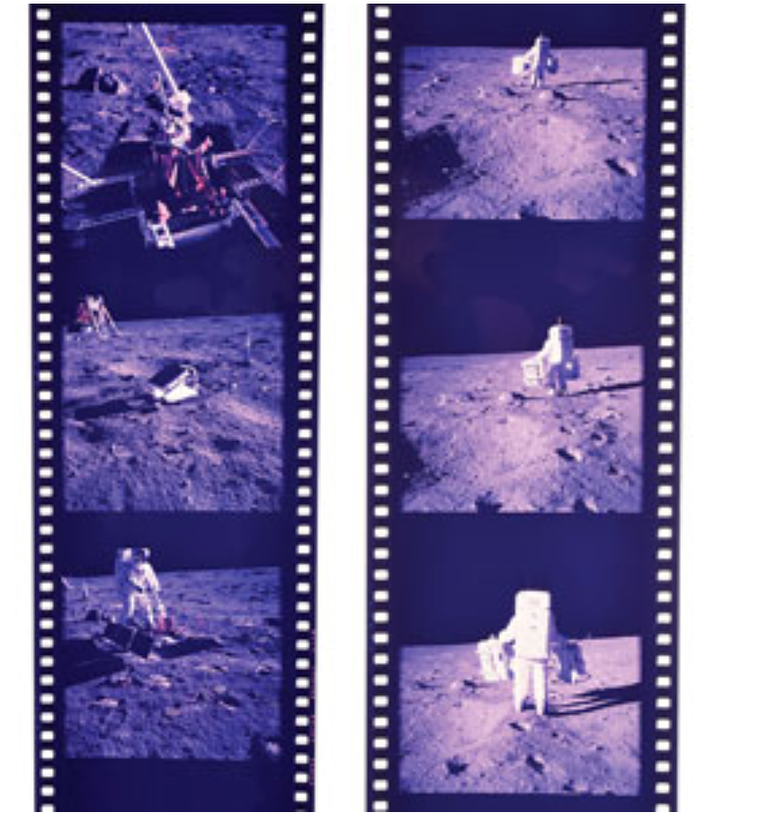 Extremely rare 70-mm positive film roll from Magazine S of the Apollo 11 Hasselblad camera, containing 126 of the most iconic images from the first lunar-landing mission.

Included in the sale is an extremely rare 70-mm positive film roll from Magazine S of the Apollo 11 Hasselblad camera, containing 126 of the most iconic images from the first lunar-landing mission.

Wound on a yellow Kodak holder and measuring 3.5″ in diameter. The roll features photographs taken by Commander Neil Armstrong and Lunar Module Pilot Buzz Aldrin during their historic two-and-a-half-hour lunar extravehicular activity at Tranquility Base with color images including: moments from inside the Lunar Module Eagle immediately prior to Armstrong leaving the spacecraft; Armstrong's first photograph after taking his historic first steps; Aldrin descending the ladder; Aldrin standing next to the American flag; the famous 'Moon Man' image of Aldrin in a full-length pose, his visor showing a reflection of Armstrong; and various bootprint images, shots of the Lunar Module, the lunar plaque, and panoramas of the desolate lunar surface.

The film roll was acquired from Terry Slezak, a member of the decontamination team at the Manned Space Center's lunar receiving lab, who was in charge of processing the film brought back from the Apollo moon landings.

Neil Armstrong's Apollo 11 Flown Robbins Medal that he presented to his brother-in-law following the historic mission.

Also up for auction is the Jeff Hoffman collection. Hoffman is a former NASA astronaut he made five space flights—was NASA's first Jewish male astronaut, Hoffman become the first astronaut to log 1000 hours of flight time aboard the Space Shuttle, and is a now a professor at MIT's Aeronautics and Astronautics Department.

The highlight of Hoffman's collection is his flown sterling silver mezuzah case, and scroll carried on Space Shuttle Columbia during STS-75 from February 22-March 9, 1996, measuring 6" x 1" x .5". The mezuzah case retains the original rolled parchment klaf, or scroll, inside, and is stamped "Israel, 925" on the reverse. Includes a velvet-lined display case.

The Hebrew word, mezuzah, means "doorpost." According to tradition, a mezuzah is affixed to the doorpost at the entrance of a Jewish home as well as at the entrance of each of the interior rooms. The mezuzah itself consists of a small scroll of parchment on which are written two biblical passages (Deuteronomy 6:4-9 and 11:13-21).

The custom of affixing a mezuzah to the doorpost fulfills the biblical commandment, "You shall write them upon the doorposts of thy house and upon thy gates" (Deuteronomy 6:9). The mezuzah is a visible reminder to all those who enter that this is a Jewish home connected to monotheism and Jewish values.

While traveling in space, Hoffman affixed a mezuzah on the entryway of his sleeping compartment.

Over his five space missions, Hoffman took other Jewish objects with him. On this particular mission in 1996, he also carried a small Torah scroll from which he read the first verse of Genesis (or Creation). Provenance: From the personal collection of Jeff Hoffman. Proceeds from the Hoffman collection will benefit the Space Torah Project, dedicated to making a documentary film exploring Hoffman's Jewish journey through his five space missions in space and beyond.